Crazy Love You by Lisa Unger- A Book Review 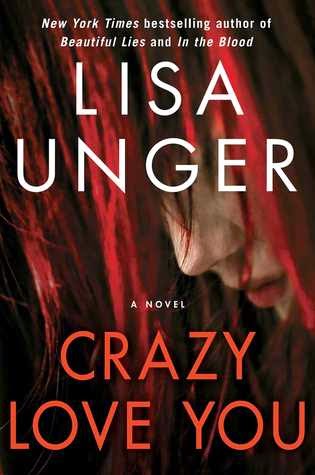 Darkness has a way of creeping up when Ian is with Priss. Even when they were kids, playing in the woods of their small Upstate New York town, he could feel it. Still, Priss was his best friend, his salvation from the bullies who called him “loser” and “fatboy”…and from his family’s deadly secrets.

Now that they’ve both escaped to New York City, Ian no longer inhabits the tortured shell of his childhood. He is a talented and successful graphic novelist, and Priss…Priss is still trouble. The booze, the drugs, the sex—Ian is growing tired of late nights together trying to keep the past at bay. Especially now that he’s met sweet, beautiful Megan, whose love makes him want to change for the better. But Priss doesn’t like change. Change makes her angry. And when Priss is angry, terrible things begin to happen…

Crazy Love You by Lisa Unger
My rating: 5 of 5 stars

Crazy Love You by Lisa Unger is a 2015 Touchstone publication. I was provided a copy of this book by the publisher and Edelweiss in exchange for an honest review.

Wow, Lisa Unger really knows how to weave a twisted tale doesn't she? I'm still coming out of my book coma after finishing this one.

Ian Paine is doing pretty well for himself. He is a graphic novelist, making an above average salary, rents a loft in New York and could have his work optioned for the big screen To put the cherry on the cake, he has met the love of his life, Megan.

But, Ian has a few unresolved issues from his childhood that threaten his current state of contentment. For starters there is Priss, his childhood friend, his avenger and a prominent character in his graphic novels. The problem is Ian is growing up emotionally, finally, and Priss is none too happy to find that Ian has outgrown her, especially after all she has done for him.

For Ian was that kid in school who was easily bullied. An only child, overweight, sheltered, and whose mother was mentally ill.

“Ah gym class. Remember it? Institutionally sanctioned torture for society's misfits. God help you in America if you are not thin and fit, attractive, athletic, and coordinated, driven to win at any cost. God help you if you are broken or sad, or even just cerebral, or artistic, or just want to be left alone. You will be told in a million ways- directly, subliminally, - just how deficient you are. But nowhere will that message be delivered with more naked brutality than in a middle school gymnasium.”

Such was Ian's tortured life in “The Hallows” while growing up. He is still man child in many ways until he meets Meagan. Meagan makes him want to be a better man, to grow up, to be the kind of guy she deserves.

“ Love is like an anesthetic, isn't it? It dulls all the pain, pushes back your worries, quiets your inner demons. Your ten feet tall and bulletproof.”

But, it seems that Ian still can't pull everything together for Meagan. He still indulges in drugs and drink, and there is that every pressing problem with Priss, who is getting more and more aggressive as Ian becomes more deeply involved with Meagan.

Flashbacks provide insight into Ian's dark and morose background, his frequent violent outburst, his relationship with his parents, details about “The Hallows”, and how through the years anytime he found himself in a bind, Priss was always there to rescue him.
Is Priss real? A figment of his imagination? An hallucination? The product of an unstable mind? Does the insanity run in the family? A dual personality? Just a character in his novels?

I really like this book because of it's imaginative storyline and how it kept me guessing and thinking about the characters. It was pitch perfect pacing, with taut, heart stopping suspense, leading the reader to a pat conclusion, only to rank the rug out from under you time and time again.


This novel is relentless. Suspenseful, atmospheric, dark, psychological, but through all the fog and haze of what is real and what isn't, there is one thing that stands out to me. Love. Yes, love. If not for that powerful emotion the conclusion of this book would have much different.
You will think about this book long after you finish it. Even as I write this review certain details are still running through my mind making me appreciate the story even more.
4.5 rounded to 5 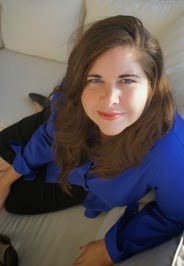 IN THE BLOOD, now in paperback, was a Goodreads Choice Awards (2014) Nominee for Best Book, Amazon Best Book of the Month, Suspense Magazine Best Books of 2014, Sun Sentinel Best Mystery Novels of 2014 and Indie Next Pick!

Her novels have been named top picks by the Today show, Good Morning America, Walmart Book Club, Harper's Bazaar, Family Circle, Good Housekeeping, Washington Life, Publishers Weekly, New York Daily News, Indie Next and Amazon (Book of the Month, Top Ten Thriller of the Year.)  More than 1.9 million copies of her books have been sold in 26 languages.
Posted by gpangel at 1:00 AM