Beyond Limits by Laura Griffin- A Book Review 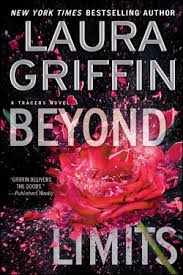 FBI agent Elizabeth LeBlanc is still caught in the aftermath of her last big case when she runs into the one man from her past who is sure to rock her equilibrium even more. Navy SEAL Derek Vaughn is back home from a harrowing rescue mission in which he found evidence of a secret terror cell on US soil. Elizabeth knows he’ll do anything to unravel the plot—including seducing her for information. And despite the risks involved, she’s tempted to let him. Together with the forensics experts at the Delphi Center, Derek and Elizabeth are closing in on the truth, but it may not be fast enough to avert a devastating attack…

Following in the bestselling tradition of the Tracers series, including Exposed, Scorched, and Twisted, Beyond Limits pulls out all the stops with Griffin’s most gripping thriller yet.

Beyond Limits by Laura Griffin
My rating: 5 of 5 stars

Beyond Limits by Laura Griffin is a 2015 Gallery Books publication. I was provided a copy of this book by the publisher in exchange for an honest review.

Laura Griffin rules the military style romantic suspense genre. This eighth installment in the Tracers series does not disappoint.

Elizabeth is an FBI agent still struggling with the aftermath of her last case and the lingering feelings she has for Navy SEAL Derek Vaughn.
When a terrorist cell is discovered that has big plans for Texas, Elizabeth and Derek find themselves face to face once again and the chemistry between them is just as strong as ever.
For Derek the FBI is not moving fast enough. Lives are stake as the possibility arises that chemical warfare is the terrorist weapon of choice. Instead of wading through bureaucracy, red tapes and waffling, which is the FBI in a nutshell, he wants to gain Intel from Elizabeth and use it go after the terrorist himself.

From start to finish the action is non-stop and suspense gets more intense with each chapter. This story touches on several themes. The work of the SEALS, and vast difference in methods they employee as opposed to government agencies. If this scenario was a real live case, I think I would have to put my money on the SEALS. The FBI might let us all die.
The effects of war, the honor among SEALS, the impact it has on the personal lives of the men is also an undercurrent.

Derek is my kind of guy. He pulls no punches, gets the job done and means business. We really need more guys like this one! Oh and he's a super hot SEAL and that makes him super sexy too. Elizabeth was a bit timid, sort of damaged after all she had been through before she took on this case. She doesn't fight Derek too hard when he wants information from her even though she knows he is using her for the Intel. Despite her issues, she is no shrinking violet when comes to doing her job and is as serious as Derek about catching the terrorists before the worst happens.

The romance in this one is not quite as heated as some previous books in the series, but the story line here is just really, really intense and serious and there is a lot going on, so I thought it was more realistic. That is not to say the romance is not hot, just fewer love scenes. This couple has a few challenges to face but if they are as determined to work on their relationship as they do in other areas of their lives , then I think they are going to be just fine.

Overall I have to say I enjoyed this book as much as all the others in the series. If you are fan of this author then snap up your copy now, you won't regret it. If you new to this author, never fear, you can read this one as a stand alone. Once you do, you will want to read all Laura Griffin novels! 4.5 stars . 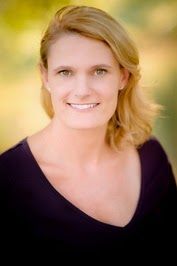 New York Times and USA Today bestselling author Laura Griffin started her career in journalism before venturing into the world of writing romantic suspense. Her books have won numerous awards, including a RITA Award (Whisper of Warning) and a Daphne du Maurier Award (Untraceable). Laura currently lives in Austin where she is working on her next book.