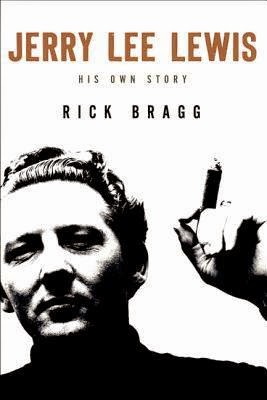 The greatest Southern storyteller of our time, Rick Bragg, tracks down the greatest rock and roller of all time, Jerry Lee Lewis—and gets his own story, from the source, for the very first time

A monumental figure on the American landscape, Southern boy jerry Lee Lewis spent his childhood raising hell in Ferriday, Louisiana, and Natchez, Mississippi; galvanized the world with hit records like “Whole Lotta Shakin’ Goin’ On” and “Great Balls of Fire,” that gave rock and roll its devil’s edge; caused riots and boycotts with his incendiary performances; married his thirteen-year-old second cousin—his third wife of seven; ran a decades-long marathon of drugs, drinking, and women; nearly met his maker, twice; suffered the deaths of two sons and two wives, and the indignity of an IRS raid that left him with nothing but the broken-down piano he started with; performed with everyone from Elvis Presley to Keith Richards to Bruce Springsteen to Kid Rock—and survived it all to be hailed as “one of the most creative and important figures in American popular culture and a paradigm of the Southern experience.”

Jerry Lee Lewis: His Own Story is the Killer’s life as he lived it, and as he shared it over two years with our greatest bard of Southern life: Rick Bragg. Rich with Lewis’s own words, set in context by Bragg’s richly atmospheric narrative, filled with rare and unpublished images, this is the last great untold rock-and-roll story, come to life on the page. 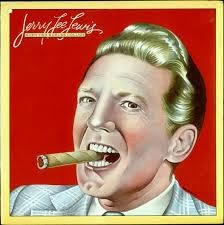 Jerry Lee Lewis: His Own Story by Rick Bragg
My rating: 5 of 5 stars

Jerry Lee Lewis : His Own Story by Rick Bragg is a 2014 Harper publication. I was provided a copy of this book by the publisher and Edelweiss in exchange for an honest review.

Jerry Lee Lewis is one of the most colorful characters is musical history and perhaps also one of the most misunderstood as well. This book is written by Pulitzer Prize winner Rick Bragg and he does an excellent job of telling Jerry Lee's story. It's Jerry's life, his memories, his voice that literally jumped off the pages and I found myself utterly absorbed in his tale. From a rock and roll pioneer to a huge country star, then back to his rock roots blended with blues and gospel, “The Killer” may not be the same physically, but in his his heart and spirit he is still as wild and dangerous as ever.

The one thing that came to my mind as I read this book is my own experience with Jerry Lee Lewis at a live country music show my parents dragged me to as a child. I don't remember much about the show except I hated country music and did not want to go in the first place and once we arrived at the auditorium and the show started, I promptly fell asleep... until a commotion in the crowd woke me up and I saw people heading toward the exits in droves. But, when I looked to the stage area, Jerry Lee Lewis was standing up yelling at the crowd to sit down because he wasn't finished yet. He was mad as hell and tore his shirt off and threw it on the floor, then sat down at the piano and started playing “boogie woogie”. The story my parents tell me is that Jerry came out as the closing act that night and was not in the mood to dive right in, so he messed around with the piano a little, but mainly he just talked and talked. It was edging toward midnight by this time and people decided if he wasn't going to perform they would were going to on home. But, believe me, they changed their minds, took their seats again, and the place became electric. It was the best show that entire night... at least for me. I had never before seen anything like that, so now 40 years later I still remember it vividly. From that day forward I was a huge Jerry Lee Lewis fan. He rocked the house that night even if he did get off to a rocky start For me it was pure magic.

Having spent the first 9 years of my life in Louisiana I understood things many may not about the south, rural areas in particular, and the time period in which Jerry grew up. I understood his dialect, knew from hearing my family speak of those hard times,what kind of foundation Jerry had and understood the effect it had on him and the way he lived his life.

On his marriage to his thirteen year old third cousin:


“He really believed there were things in his life that were the world's business and things that were his business, like the things that happened between a man and his wife. He believed it. After all, he was the king of rock and roll. Elvis had said so. And one thing for sure he would never give it up, never just hand it off in tears. They would have to take it from him.”

To this day the man makes no apologies for that marriage. While he knows it damaged his career he still refuses to acknowledge anything wrong or scandalous about it. After all he never hid the marriage from the public, not like Elvis hid Priscilla at Graceland for most of her teenage years.

For many, this scandal is the first thing they think of when they hear the name Jerry Lee Lewis. His biopic “ Great Balls of Fire” starring Dennis Quaid was a cartoonish portrayal of Jerry that certainly didn't do him justice. The movie focused on Jerry's rise to fame and ended with the scandal and fall out of his marriage to Myrna. Thankfully, the internet has made it possible to see Jerry Lee Lewis as he really was.

Jerry did a lot of living after his initial fall from grace. He did struggle mightily after his marriage to Myrna, but after a time, he found himself carving out a second career as a country music star. He was even invited to play the Rhine Auditorium years after they shunned him.
Jerry would follow this pattern on and off all the way up to present day. He was wildly successful, then hit hard times, would go on a winning streak, then hit the skids again. He struggled with many very serious health issues and nearly died on three occasions. He married seven times, lost two sons and two wives, had epic battles with the IRS and struggled for years with addictions to pills and other drugs.
But, as he retells his story here I couldn't help but feel that power in the man, something that emanated from him. He has a real fire inside him he was born with and he just never gave himself over to conformity. It never crossed his mind. He is street smart, can be very funny, and dabbled in things most may not be aware of. Such as coming face to face with Janis Joplin somewhere around the Port Arthur area. The brazen Joplin actually slapped “Killer” across the face over a perceived insult and the two nearly came to an all out brawl... or Jerry Lee's first encounter with the Rolling Stones, a band he found he could relate to much more that the wildly popular Beatles.

“While backstage, he noticed a skinny, big-lipped kid on the stage, jamming like an over- excited teenager, waving a movie camera around. It was Mick Jagger. “He was rolling on the floor with his
camera,' says Jerry Lee. ' He had every album I had ever made-- with him. I told him , 'I'm not going to sign all them albums.'”

Many probably don't know Jerry was in a stage production of a rock opera based on Shakespeare's Othello called “Catch My Soul”. Jerry played the part of “Iago” the notorious villain of the story. He stole the show, but backed out of taking the show to Broadway. (Something he now regrets)


While Jerry's life was marred by tragedies and mistakes, hard living, and health issues, his musical talent has never lost it's edge. He is still out there, still on occasion he performs a show here or there. He may not have the ability to play the piano with his butt anymore, but he still maintains that quality that is uniquely Jerry Lee Lewis. He did what he wanted the way he wanted it more often than not. He was not someone that could be bottled and sold like Elvis was. He had a dangerousness about him, an edge, a determination, grit, and an iron will. He worked hard in good times and bad times. There was nothing left out, nothing sugar coated or glossed over.

Out of all those who signed with Sun Records Jerry is the only one still standing. He's survived Elvis, Cash, and many others a long the way. Written off many times, Jerry has lived to tell his story, his way. Jerry just steam rolled through his life going ninety miles and hour. While he has regrets, he rarely apologizes for anything, rarely admits sorrow or pain, and certainly never showed a weakness, at least not in public.

The author did an outstanding job with this telling of a man's life story. He set the stage well, digging deep into Jerry's childhood roots, leading us through his future success, and the incredible life of the music legend that was Jerry Lee Lewis- The Killer. While Rick Bragg weaves his own style into the book, it's his ability to allow Jerry Lee Lewis to shine through, to allow the reader to get a realistic look at who the man is and how he lived his life. His work on this book is outstanding. I promise you will find this book absolutely fascinating and will turn the last page in awe of the performer, the man, the music, and the author of this book. 5 stars

Rick Bragg is the Pulitzer Prize winning writer of best-selling and critically acclaimed books on the people of the foothills of the Appalachians, All Over but the Shoutin, Ava's Man, and The Prince of Frogtown.

Bragg, a native of Calhoun County, Alabama, calls these books the proudest examples of his writing life, what historians and critics have described as heart-breaking anthems of people usually written about only in fiction or cliches. They chronicle the lives of his family cotton pickers, mill workers, whiskey makers, long sufferers, and fist fighters. Bragg, who has written for the numerous magazines, ranging from Sports Illustrated to Food & Wine, was a newspaper writer for two decades, covering high school football for the Jacksonville News, and militant Islamic fundamentalism for The New York Times.

He has won more than 50 significant writing awards, in books and journalism, including, twice, the American Society of Newspaper Editors Distinguished Writing Award. He was a Nieman Fellow at Harvard University in 1993, and is, truthfully, still a freshman at Jacksonville State University. Bragg is currently Professor of Writing in the Journalism Department at the University of Alabama, and lives in Tuscaloosa with his wife, Dianne, a doctoral student there, and his stepson, Jake. His only real hobby is fishing, but he is the worst fisherman in his family line.
Posted by gpangel at 1:00 AM