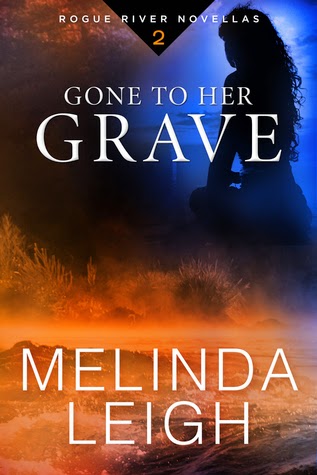 BOOK BLURB:
When she believes a teen is falsely accused of drug dealing, social worker Carly Taylor takes on a high-risk case and her estranged husband—the detective in charge of the investigation—to prove the boy innocent. A deadly new designer drug has taken hold of her small rural hometown of Solitude, Oregon, and Carly is determined to find the real dealer and clear the teen’s name. But the deeper she digs into the case, the more danger she unearths, until someone decides it’s time for Carly to move on…permanently.

Investigator Seth Harding knows he can’t stop his wife when she has a child to protect. But he risks any chance of reconciliation with Carly if he can’t learn to accept her dangerous job. When a drug dealer decides Carly is getting too close, will Seth lose her altogether?

A pulse-pounding Rogue River novella, Gone to Her Grave is the second exciting addition to the new romantic suspense series from Melinda Leigh and Kendra Elliot

Gone to Her Grave by Melinda Leigh
My rating: 5 of 5 stars

Gone to Her Grave by Melinda Leigh is a 2014 Montlake publication. I was provided a copy of this book by the publisher and Netgalley in exchange for an honest review.

This second novella in the Rogue River series is penned by Melinda Leigh. This story centers around Carly and Seth who have been having marital difficulties and are now separated. Carly is a social worker whose job is an extension of who she is. Seth has never given her job the importance he gives his, which is law enforcement.
Currently, Carly has found herself involved in a domestic violence case and in a case of two minors accused of drug dealing and the possibility of murder. One boy has strong local ties and the other is the son of an imprisoned drug dealer. Naturally, fingers point to the latter, but Carly is not convinced of his guilt. Meanwhile Patsy is still lining up her ducks to see if an investigation can be launched into her late husband's death. She is convinced her husband did not die of a heart attack, the official cause of death.

So far these romantic suspense novellas have been packed with drama, suspense, action, and mystery. Seth is a man I had issues with. Although I knew he loved his wife, I thought he was selfish, arrogant, had a really bad attitude, and was stuck back in some TV land era of time. I didn't blame Carly on iota for deciding her life had to change. The mystery behind the case involving the two young men was fairly predictable, yet it is typical of our society in these instances. The obvious person was singled out pretty much based on his personal history and not much evidence. The job Carly does is a hard one and this story reminds me that we have an image of social workers in our minds that probably doesn't make us think the job is dangerous in any way. But, as we will learn here, entering the homes of some people in need of assistance can be a gamble.
Carly learns for the first time of her mother's suspicions regarding her father's death, but she has a lot on her plate and only manages to ponder on that for a short time. However, that problem could be what brings her back to Seth since he has agreed to look into things. This couple has a foundation to build their relationship on and they have a daughter to consider as well, so it's possible they will be able to work things out. I think a good marriage counselor would do wonders for them, but in this case Carly's mother seems to be doing an admirable job of that for them. Seth finally realizes that much of the blame falls on his shoulders and we see him begin to take steps to remedy that.
So, overall this is another solid installment in this series and I already have the next book in my queue. 4.5 rounded to 5. 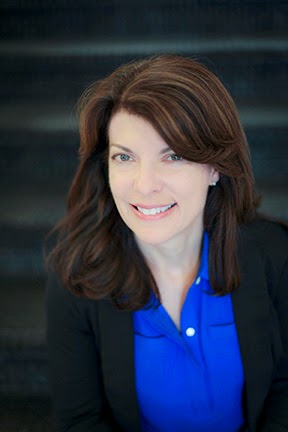 Melinda Leigh is a fully recovered banker. A life-long lover of books, she started writing when her youngest child entered first grade as a way to preserve her sanity. in 2007, she joined Romance Writers of America, learned a few things about writing a book, and decided the process was way more fun than analyzing financial statements. It was time to get serious about making her hobby a career. She began submitting her work in 2008. In 2009 she signed with an agent, who sold Melinda’s debut romantic suspense novel, SHE CAN RUN, in 2010 to Montlake Romance.

SHE CAN RUN released in November 2011 and became the #1 Bestseller in Kindle Romantic Suspense. SHE CAN RUN has been nominated for a 2012 Thriller Award for Best First Novel.

Melinda is also an avid martial artist. She holds a 2nd degree black belt in Kenpo Karate, studies Brazilian Jiu-Jitsu, and teaches women’s self-defense. She lives in a messy house in the suburbs with her husband, two teenagers, a couple of dogs and one neurotic cat with an inexplicable fear of ceiling fans. With such a pleasant life, she has no explanation for the sometimes dark and disturbing nature of her imagination.
Posted by gpangel at 1:00 AM