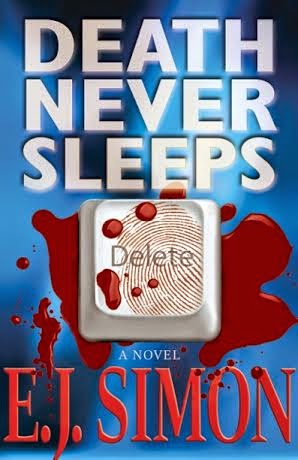 The problem with Alex Nicholas is that he won't stay dead.

Alex Nicholas was the consummate Queens bookie: fast cars and even faster women, and friends in all the wrong places. As an illegal sports betting and loan shark king in New York City, Alex was fearless-until the night his luck ran out and someone leveled the silver barrel of an automatic on him and pulled the trigger.

Michael Nicholas was everything his brother Alex was not: a powerful, married straight-arrow corporate CEO living the American Dream. Their two worlds collide when Michael discovers his brother's secret laptop.

As Michael crosses the globe to find his brother's murder, can he avoid his brother's fate? And can the information contained in the laptop help Alex reach out to help Michael-from beyond the grave.

Death Never Sleeps by E.J. Simon
My rating: 4 of 5 stars

Death Never Sleeps by E.J. Simon is a 2013 publication. I was provided a copy of this book in exchange for an honest review.

This is an imaginative combination of the traditional crime thriller and a techno thriller. I wasn't really sure how that was going to play out, but I thought it turned out quite well.

Alex and Michael are brothers, but couldn't be any more different. They chose different paths in life, but now Alex has been murdered and after many years away from home, Michael and his wife, Samantha return to Queens to arrange the funeral and deal the aftermath of Alex's death and settle his estate. The situation thrust Michael into his brother's criminal enterprises since Alex owed money and money was owed him. Alex's widow is nervous about her financial future and is pressuring Michael to stick around and get things all cleared up. Alex also had two ex-wives, and a son that Michael had to consider as well. But, one thing is troubling Michael more than anything else and that is Alex's allusion to a secret he was wanting to share with Michael right before his death. Michael gets the shock of a lifetime when is discovers his brother has somehow managed to create an artificial intelligence clone of himself inside his Mac computer- A new take on life after death. This allows Michael to talk with his brother just as though he were still alive. It is safe to say that Michael's workaholic corporate life will never be the same from here on out.

When you read and review as many books as I do, you begin to really appreciate stories that don't stick to the tried and true formula and still manage to tell an interesting, well thought out and tightly plotted novel. The only complaint I had was that the story got a little too busy at times and then it lagged in some places, but not for long.

This one is a little bit quirky and at times the characters reminded me of something out of an old Elmore Leonard novel, only sans the science fiction element. I loved the science fiction part of the story because it gives us something deeper to think about. Alex seems to become smarter and is able to do more things than when Michael first discovered him in the Mac computer, not to mention the ability to predict emotions. If you allow yourself time to let these implications sink in, it can have you thinking some pretty deep thoughts.

Michael's character was also an enigma at times because I was never quite sure how he would handle any given situation. I was often concerned he would be tempted by all the women and the lure of life away from his frustrating job situation. His wife is unflappable for the most part and seems open minded to the possibilities of this new life Michael has found himself immersed in.
Dark wit, greed, family drama, brotherly bonds, schemes, crime, danger and of course a different spin on artificial intelligence, plus the promise of more of the story to come in the future, rounded out this unique novel. This book would probably make a good “book of the month” read on some book club sites. Overall this one is 4 stars. 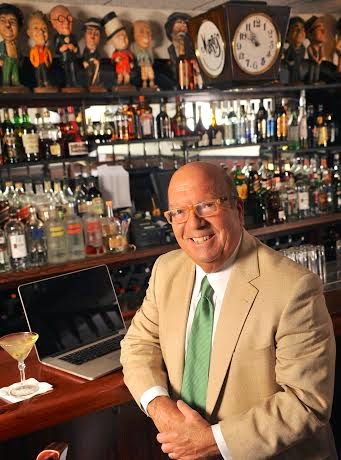