A Bravo Christmas Wedding by Christine Rimmer- A Book Review 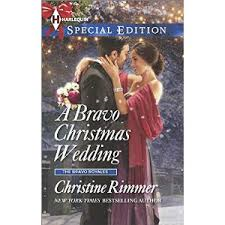 Princess Aurora Bravo-Calabretti is wishing for a mountain man this Christmas! But her most unroyal crush—rancher Walker McKellan—insists that they remain "just friends." Now he's her round-the-clock bodyguard while she is the maid of honor at her cousin's holiday wedding. Rory can't resist this Colorado cowboy…but she wishes she was walking down the aisle to meet Walker at the altar!

Both the best man to the groom and Rory's bodyguard, Walker can't shake his charge. As he begins to see Rory in a different light, a surprise snowstorm strands him with his princess…and sparks ignite into a holiday love affair! Can their Christmas passion blossom into a very Bravo happily-ever-after?

A Bravo Christmas Wedding by Christine Rimmer
My rating: 5 of 5 stars

A Bravo Christmas Wedding by Christine Rimmer is a 2014 Harlequin Special Edition publication. I was provided a copy of this book in exchange for an honest review.

Being a Princess is not always what it is cracked up to be. For Rory the main problem is her mother's refusal to allow her to lose the ever present security or bodyguards she has endured her whole life, despite the fact she is so far down the food chain she will never be in direct line to a throne. The other issue is her crush on rancher, Walker McKellen. The two are friends, but when Rory's mother hires Walker to be Rory's bodyguard while she attends her cousin's wedding in Colorado, Rory is none too pleased. But, it's not just the bodyguard situation, it's that she will have to stay under the same roof with Walker and that is going to be pure torture.
Walker is also having a few problems dealing with being under the same roof with Rory. Up until now, he has kept their relationship purely platonic, but it's getting harder to deny his attraction to her. But, there is a bit of an age difference and well, a rancher and princess? Walker's not kidding himself. The two are not even in the same league with one another. But with each passing day, Walker's resistance is being lowered a little more.

Holiday romance is just a little more magical, don't you think? The mountains, a wedding, snow. Positively dreamy. A friends to lovers story is always hard to top. Rory and Walker had a great foundation to build on, but it was hard to relinquish the safe friendship for something deeper. While Rory seemed to know her heart without the slightest doubt, Walker was a tougher nut to crack. But, of course he realizes he doesn't really have a life without Rory in it and no matter what the odds are, he is ready to gamble. A wonderful, light and heartwarming love story proving that no matter what our differences true love will come out on top every time. I am very curious to see what will happen now with with Clara! 4.5 rounded to 5 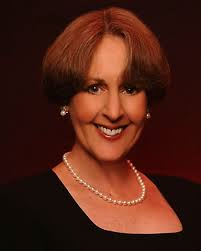