THE GOOD GIRL BY MARY KUBICA- A BOOK REVIEW 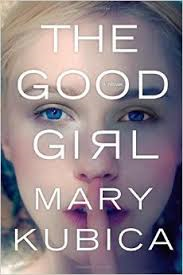 "I've been following her for the past few days. I know where she buys her groceries, where she has her dry cleaning done, where she works. I don't know the color of her eyes or what they look like when she's scared. But I will."

Born to a prominent Chicago judge and his stifled socialite wife, Mia Dennett moves against the grain as a young inner-city art teacher. One night, Mia enters a bar to meet her on-again, off-again boyfriend. But when he doesn't show, she unwisely leaves with an enigmatic stranger. With his smooth moves and modest wit, at first Colin Thatcher seems like a safe one-night stand. But following Colin home will turn out to be the worst mistake of Mia's life.

Colin's job was to abduct Mia as part of a wild extortion plot and deliver her to his employers. But the plan takes an unexpected turn when Colin suddenly decides to hide Mia in a secluded cabin in rural Minnesota, evading the police and his deadly superiors. Mia's mother, Eve, and detective Gabe Hoffman will stop at nothing to find them, but no one could have predicted the emotional entanglements that eventually cause this family's world to shatter.

An addictively suspenseful and tautly written thriller, The Good Girl is a compulsive debut that reveals how even in the perfect family, nothing is as it seems….

The Good Girl by Mary Kubica
My rating: 4 of 5 stars

“The Good Girl” by Mary Kubica

What a twisted little book this turned out to be! A psychological thriller, an emotional study of a woman let down by her family and finding solace in the most unlikely place.
The Set up: Mia, the daughter of a prominent and wealthy judge has gone missing. Gabe Hoffman is assigned to the case. Meanwhile the reader is being clued in on where Mia is and with whom. A low level thug hired to kidnap her named Colin Thatcher seduces her in bar then abducts her taking her to an out of the way cabin. What ensues from there is incredible.
The narrative flips back and forth between first person perspectives. Mia’s mother, Eve’s thoughts explain much of Mia’s unhappy childhood, while Gabe begins to find himself drawn to Eve and this case becomes a focal point for him. Meanwhile an unusual relationship begins to form between Mia and her kidnapper.
This is quite an ambitious undertaking by the author. Multiple first person narratives, a slow psychological profile of the various players adding layers of tension and mystery works for the most part. At times it got confusing due to the sudden switch in gears between Eve’s profound thoughts and worry over Mia and then to Colin or Mia, or to Gabe and his investigation. My mind was deeply buried on one person’s thoughts, then I was yanked away from that suddenly and it was difficult to adjust at times.
Overall, this is an interesting character study on all counts. I wanted to feel empathy for Eve but often failed because of her inability to stand up for her daughter. The judge of course was easy to dislike, Gabe will grow on you, and Mia and Colin? Well, I will leave that up to you.
Over all this is a complex and deeply absorbing psychological thriller and novel of suspense with one real stunner of a conclusion! This one is four stars. 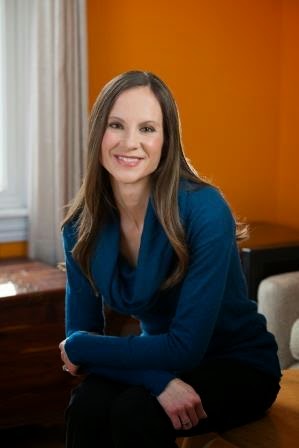 Mary Kubica holds a Bachelor of Arts degree from Miami University in Oxford, Ohio, in History and American Literature. She lives outside of Chicago with her husband and two children and enjoys photography, gardening and caring for the animals at a local shelter. THE GOOD GIRL is her first novel.