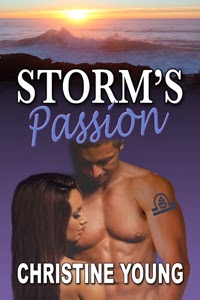 SHE MADE A PROPOSAL...

Life strikes Storm Graham a shattering blow when she learns her father has bartered her to a man she detests. Storm is beautiful, self–assured and fiercely independent, and refuses to be a pawn in her father’s schemes, yet she can find no way out of this bargain made in hell. Going on the offensive she asks the wealthiest man on the eastern coast of England to marry her, never believing she might fall in love.

HE TRIED TO REFUSE...

For Hadden Johnston life has provided everything he ever wanted, including a sanctuary for homeless children. He is wealthy, handsome and happily unencumbered...until stunning Storm Graham marches into his life and proposes a marriage of convenience. Yet this type of marriage to a woman who inflames his senses is far from acceptable. If he’s going to be tied down, he will move heaven and earth to have this woman warming his bed.

"You've got something that's mine, and I want it back." Charles jumped from his horse. Hands fisted at his sides, he strode toward Hadden and Storm.

Hadden moved Storm behind him. "And what is that?"

Spittle flying from his lips, Charles shook his fist at Hadden. "I've a contract. She's mine."

"Last time I heard one can't buy or sell women." His blood pounded in his temples, and he felt the enraged tick at his jaw. There were few men who could bring him to anger this quickly and Charles was one of them. He inhaled a deep breath, not wanting to lose his composure in front of Storm and the entire congregation.

Henry waved a piece of paper in the air. "It's signed by Bradford Graham. It's legal and binding. She will marry me." He stabbed himself in the chest with a finger.

"May I see?" Hadden reached out to take the paper.

"Don't play games with me you son of a bitch." Robertson folded the paper and stuck it inside his coat pocket. "Not going to let you rip it up. My father has retained a lawyer. You will be hearing from him."

Hadden stiffened, his intentions clear at this point. "Do you really want to discuss this matter in front of all these people?" With a tilt of his head, he gestured toward the lawn and the gawking flock of parishioners.

"I don't care who the hell hears what I have to say." Charles stepped closer to Hadden. "The more people who learn exactly what you're capable of, the better. You think because you have more money than anyone else in this part of England you can do whatever you want. Well, I'm here to tell you that you can't. I'm going to hold you and your so- called bride responsible. Storm will marry me." 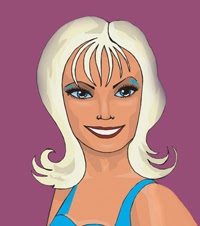 Born in Medford, Oregon, novelist Christine Young has lived in Oregon all of her life. After graduating from Oregon State University with a BS in science, she spent another year at Southern Oregon State University working on her teaching certificate, and a few years later received her Master's degree in secondary education and counseling. Now the long, hot days of summer provide the perfect setting for creating romance. She sold her first book, Dakota's Bride, the summer of 1998 and her second book, My Angel to Kensington. Her teaching and writing careers have intertwined with raising three children. Christine's newest venture is the creation of Rogue Phoenix Press. Christine is the founder, editor and co-owner with her husband. They live in Salem, Oregon.

Buy at: Rogue Phoenix Press, Amazon, Barnes and Noble
GIVEAWAY DETAILS:
THE AUTHOR WILL BE GIVING AWAY AN E-COPY OF SAFARI MOON ONE COMMENTER!
FOLLOW THE TOUR FOR MORE CHANCES TO WIN!
http://goddessfishpromotions.blogspot.com/2014/09/review-tour-storms-passion-by-christine.html

Storm's Passion by Christine Young is a 2014 Rogue Phoenix Press publication. I was provided a copy of this book in exchange for an honest review.

The set-up
When Storm's father barters her away and shows himself to be a truly greedy and selfish man, I immediately felt anger on Storm's behalf. I didn't blame her one bit for threatening to jump off a cliff if she were forced to marry Charles Robertson, the meanest man around. But, the deal her father made with Charles is legal and binding, so unless Storm really intends to make good on her threat, she has very little choice.
There is one small chance she can break the contract- by marrying someone else and fast. There is one man who just might be willing to strike a deal with her, a man who is no more interested in getting married than Storm is... Hadden Johnston.
Hadden is a very wealthy man who has decided he would never fall in love again after having his heart broken. When Storm comes to him for help, he feels bad for her situation, but declines to marry her. When he sees the situation is basically hopeless, he relents and agrees to a marriage in name only. But, when Charles discovers Storm has married he vows to see the marriage annulled since he suspects the marriage has not been consummated. The only way to prove the marriage is legitimate is for Storm to become pregnant. Can she convince Hadden to make their marriage legal and binding in every way?


What didn't quite work:
For some reason the cover art gave me the wrong impression of the book to begin with. Showing upper body only, and with the tattoo, it had me thinking the book was a contemporary romance. At a glance I think the book buyer may feel mislead. (There was no attire indicating a historical setting, and the title doesn't give us a clue either. )
The time period is not mentioned, nor is the location, exactly. This bothered me from start to finish. I had no idea how authentic the story was since I had nothing to go by. The book does state the setting is in England, but it felt more like an American western with all the horses, stables and a few too many fires. The attire, the language, the landscapes, nothing gave me the indication England was the setting except for some uniquely British phrases tossed in here and there. There were a few other words used that were too modern for an historical novel. ( Using modern words in historical settings is far too common these days and it is one my all time pet peeves) I eventually put this in the back of my mind and tried to stay focused on the plot.

I couldn't help but admire Storm's strength and determination to keep herself away from a man she knew would mistreat her and could eventually put her in her grave. She had to face her own demons and despite the battle she had to wage, she eventually won the war.
I also admired Hadden who was unable to see Storm married off to a brute, even though this was not the type of marriage he wanted. While he did stand to gain some profit from Storm's horses, he didn't really need the money. He loves children and desperately wanted a family of his own. So, even though it looked as though he would never have that, fate had things under control all along. This couple may never have experienced the love and happiness they did if it hadn't been for Storm's refusal to bend to the rules of a man's world. They got off to a slow start, neither of them were in love, not even a little, when they married, but that changes of course, and the chemistry between them goes from cold to hot in no time. So, although the story has a few niggling problems here and there, it was still an enjoyable read, a nice unconventional spin on the marriage of convenience. Plus, I think this couple will have some interesting stories to tell their children and grandchildren.