Glamour, Gidgets, and the Girl Next Door- Televisions' Iconic Women from the 50's, 60's, and 70's by Herbie J. Pilato 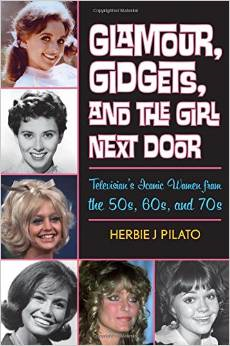 Glamour, Gidgets, and the Girl Next Door is the latest creation from entertainment biographer and pop culture consultant Herbie J Pilato. Based on exclusive celebrity interviews, this book runs the gamut of female television legends, from Donna Douglas (who played Elly May Clampett on The Beverly Hillbillies) to the stars of the original Charlie s Angels. According to Pilato, There are so many charismatic women who have made their beauty-mark in television. I wanted to celebrate their contributions, not only with regard to aesthetic appeal but to honor the intelligence, individual wit, and unique talent and style that each of them have contributed to television and how that great medium in particular was utilized to introduce and showcase so many amazing and wonderful women to the world. Suffice it to say, for exclusive and key information on TV s top leading ladies who shattered expectations and paved the way for successive generations, this book is the number one resource and go-to guide

Glamour, Gidgets, and the Girl Next Door:
Television's Iconic Women from the 50s, 60s, and 70s by Herbie J Pilato
My rating: 5 of 5 stars 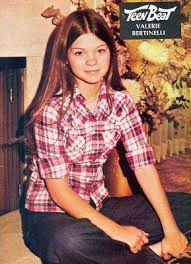 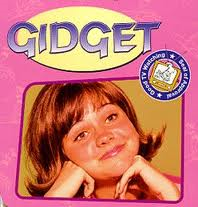 Broken into segments this book features women who could do a little of everything like Cher or Marie Osmond, who could sing, dance, act, and worked in both television and movies.
Teen angels, such as Patty Duke and Valerie Bertinelli- Country girls, like Donna Douglas ( Beverly Hillbillies) and the ladies from Petticoat Junction, all the way through to the women who played roles as spies, ( The Avengers, Mission Impossible) to the glamor girls like the trio from Charlie's Angel's, to super heroes like Wonder Woman ,to the ladies who brought the women's liberation movement to prime time television.
Each featured actress is profiled with a brief biography, their best known roles, iconic facts and best known quotes, plus beautiful photographs of the ladies, mostly in color but a few black and white pictures too. 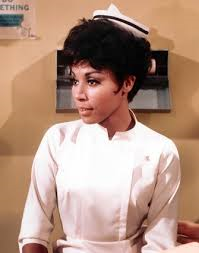 The book is chock full of little bits of trivia and information about household names we still remember vividly to those who may have flown under our radar. There are a few “honorable mentions” in the back as well as an appendix, Bibliography and sources section, notes with added websites so the reader can check out the webpages for some the stars featured.
This is a wonderful idea to feature the ladies who paved the way for all the television actresses in the future. Many of the roles were traditional, some were incredibly groundbreaking and even controversial, some of these actresses would go on to massive fame and become movie stars, while others chose to work on the stage or in numerous guest starring roles. Either way, this is a very well organized, informative, and highly entertaining book. It would also be a very nice gift as well. 5 stars! 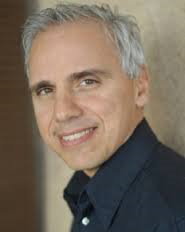 Writer/producer/actor Herbie J Pilato is the author of several books on media and celebrities, including The Bionic Book, The Kung Fu Book of Wisdom, Bewitched Forever, The Bewitched Book and most notably, Twitch Upon a Star: The Bewitched Life and Career of Elizabeth Montgomery. He has served as a consultant on "Bewitched: The E! True Hollywood Story," the Elizabeth Montgomery episode of A&E's Biography, Bravo's hit five-part series The 100 Greatest TV Characters, and countless other productions. From 2010 to 2013, Pilato served as founder and executive director of The Classic TV Preservation Society, a nonprofit organization that helped to close the gap between popular culture and education. Today, Pilato presides over Television, Ink, an entertainment company located in Burbank, California, where he resides. For more information, visit www.herbiejpilato.com.
Posted by gpangel at 12:00 AM