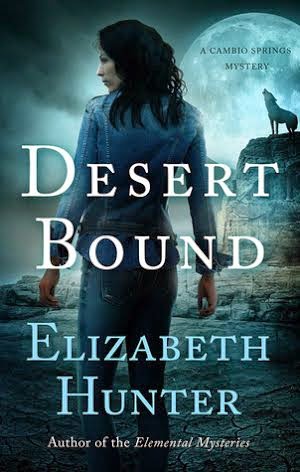 Can you turn the clock back on your first love? Would you even want to try?

Now, years later, the future alpha of the McCann wolves has returned with plans to bring new life to the dying desert community. Plans that could change everything for the isolated enclave of shapeshifters in the California desert. Some love the plan. Others hate it.

As the town's doctor and one of the strongest daughters in the cat clan, Ted has her own concerns about exposing her community to outsiders. The two former lovers are at each other's throats. And everyone is watching to see what happens.

But when murder once again strikes Cambio Springs, can they overcome their past to help the community they both call home? And can the love they shared once burn again when so many stand against it? 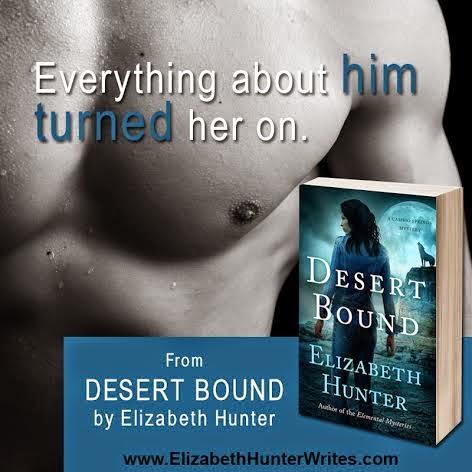 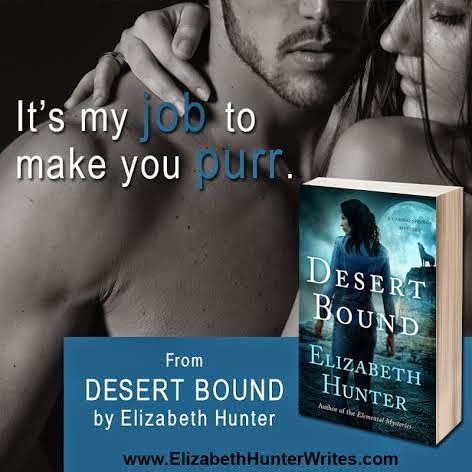 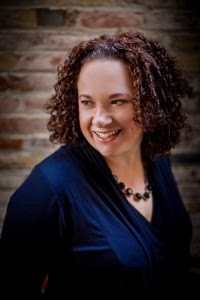 Elizabeth Hunter is a contemporary fantasy, paranormal romance, and contemporary romance writer. She is a graduate of the University of Houston Honors College and a former English teacher. She once substitute taught a kindergarten class, but decided that middle school was far less frightening. Thankfully, people now pay her to write books and eighth-graders everywhere rejoice.

She currently lives in Central California with her son, two dogs, many plants, and a sadly dwindling fish tank. She is the author of the Elemental Mysteries and Elemental World series, the Cambio Springs series, the Irin Chronicles, and other works of fiction. 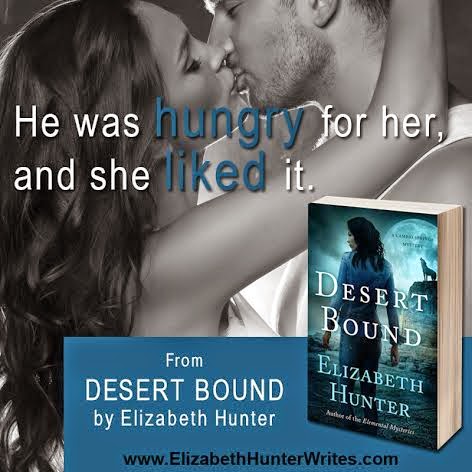 Desert Bound by Elizabeth Hunter
My rating: 5 of 5 stars

Desert Bound by Elizabeth Hunter is a 2014 publication. I was provided a copy of this book in exchange for an honest review.

This is the second book in the Cambio Springs series, but can be read as a stand alone.

I have not read an Urban Fantasy novel like this one in a good long while. I found myself absorbed in the story right way. Alex and Ted (Teadora) are not your traditional gooey, sentimental type couple and run hot/cold all the way from start to finish and by all accounts will continue to do so for the foreseeable future. I couldn't help but like them.
But, this is not just a romance novel. The Cambio Springs community is made up of mostly people who are shifters, from cats like Ted and Wolves like Alex, to bears, snakes and so on. There are some humans who lurk on the fringes but most not.
However, a man is found murdered and although Alex and Ted are not in any way officially in law enforcement they still have ties to the investigation. So, while the case heats up, so does the relationship between Ted and Alex.. and it's one wild emotional roller coaster ride, so fasten your seat belts!!
Alex and Ted have a very long history together and deep down they know they are meant to be together, but now Ted is holding back to keep her heart from being broken again. Alex is going to have to really ratchet it up a notch to convince Ted he is home to stay for good and they are meant to be. Their complicated history is not the only thing standing in their way though. Neither of them have support from their parents and if they were to get back together it could cause trouble within the various group of shifters. It could be a long hard road they travel on but will it be worth it in the end?

I really enjoyed this book. I loved the banter between Alex and Ted and how they argued all the time and then made up. Each was dominant and would have to learn how to work that out with each other, but when it's meant to be, it's meant to be. The mystery was a real whodunit and was very tense at times, with a lot of action thrown into the mix. The secondary characters are very significant to the storyline and add multiple layers and threads which gives the story more depth. So, over all, if you like Urban Fantasy/ shifter romance, and a good mystery to boot, then this series is one you will want to add to your TBR!! 4.5 rounded to 5