GOING FOR KONA BY PAMELA FAGAN HUTCHINS- A BOOK REVIEW 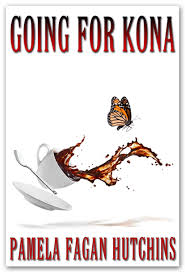 When her husband is killed in a hit-and-run bicycling accident, it takes all of Michele Lopez Hanson’s strength not to burrow into their bed for the rest of her life. But their kids need her, and she promised herself she’d do the Kona Ironman Triathlon in Adrian’s honor, and someone seems to be stalking her family, so she slogs through the pain to keep herself on track. Her dangerously delirious training sessions become a link between her and Adrian, and she discovers that if she keeps moving fast enough to fly, she can hold onto her husband—even as she loses her grip on herself and faces her biggest danger yet.

Going for Kona by Pamela Fagan Hutchins
My rating: 5 of 5 stars

Going for Kona by Pamela Fagan Hutchins by a 2014 publication. I was provided a copy of this book by the author in exchange for an honest review.

This book reads like an honest portrayal of a woman whose mostly balanced life careens of course after a terrible tragedy and her drop into an abyss she seems unable to pull herself out of and her ultimate triumph as all the questions she faces about her life, her future, her past comes full circle and she finds she has the strength to carry on surrounded by the her family, friends and the spirit of her husband who will always be with her.

Michele and her husband Adrian were in the midst of a book promotion when Adrian was struck down by a hit and run driver. The investigation into his death puts Michele's son, her co-workers, and her friends on the hot seat. Internet rumors swirl causing Michele to face a few moments of doubt concerning her seemingly perfect marriage to Adrian. The only thing that is keeping Michele tethered to the here and now is her determination to attend the Ironman competition Adrian was training for. By sheer force of will she pushes herself beyond her limits and finds a connection in the training to her husband, who she imagines is there with her, will be there at the competition, and she will once more have him with her at Kona. But, in the meantime, it comes to light the hit and run is not an isolated hit and Michele's family could be in danger.

There is an awful lot going on in this book and there were a few moments when it became too much. I found myself clinching my jaw muscles a few times. Adrian's death caused a ripple effect with Michele's climb into her own tormented cocoon, leaving out her son and his need to grieve and his need to have his mother take notice of him. If you have sons , this portrayal of Sam is very accurate all the way down to that “boy smell”.
The only complaint I had was how “busy” the story got with the training, teenage angst, mysteries, detectives, parents, ex-husbands, step-daughters, and work obligations. I was just a little overwhelmed by it.
However, the story's pace evens out in the last half of the book and soon things are more in focus. Why was Adrian targeted? Who was this woman who had fixated on Adrian? Was Adrian hiding things from Michele? And of course the Ironman competition. Each question gets an answer and although they are not all satisfying, there are realistic and some are so very sad. For me this was something beyond a mystery novel. It was poignant, sad, sweet and touching. Michele does come away from everything with all her faculties. Her mental, physical and emotional state will all heal, she will learn much about herself in this journey, but she will also have an untarnished memory of Adrian and his spirit will guide her into the next phase of her life without him. ( grabs tissues)
Pamela can write humor, mystery, suspense, and after reading this one, I believe literary fiction and drama could be something she excels in. This is not a conventional mystery novel and I enjoyed reading something that avoided the formula. Overall this one get a 4.5 rounded to 5 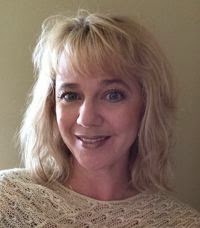 Pamela Fagan Hutchins, President of the Houston Writers Guild, writes award-winning and bestselling romantic mysteries (including ABNA QF 2014 Finding Harmony) and hilarious nonfiction. She is passionate about great writing, smart authorpreneurship and her household hunks, husband Eric and one-eyed Boston terrier Petey. She also leaps medium-tall buildings in a single bound, if she gets a good running start.

If you like Sandra Brown or Janet Evanovich, you are going to love Pamela. Here are a few of her contest wins: