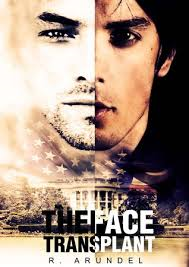 Dr. Matthew MacAulay is a Facial Transplant Surgeon at a prestigious New York hospital. His friend and mentor, Tom Grabowski, dies under mysterious circumstances. Matthew is forced to investigate. He uncovers his friend’s secret. A new technique that allows perfect facial transplants. No incisions, no scars. The surgeon is able to transplant one person’s face to another with the perfect result. Tom was able to accomplish this monumental feat with the help of Alice, a supercomputer robot with almost human abilities. While trying to find the people responsible for murdering his friend Tom, Matthew realizes he is the prime suspect. Matthew must flee for his life with the help of Dr. Sarah Larsson, a colleague and reluctant helper who has a secret of her own. Alice helps them make sense of a baffling series of seemingly unrelated events. Matthew is forced to undergo a facial transplant to hide his identity and help to uncover the truth. The clues carry Matthew and Sarah around the world. Matthew stumbles onto a sinister plot of monumental proportions, the real reason Tom was murdered. This discovery leads Matthew all the way to The White House with a dramatic conclusion. Matthew never wavers in his quest for the truth and perseveres against all the odds. He must race to stop a major catastrophe, ratcheting up the excitement until the thrilling conclusion. The Face Transplant is a powerful medical suspense thriller of the first order. The novel was written by a surgeon. The novel has a realism that only a surgeon can bring. The plot weaves politics, medicine and espionage into a tightly paced, intelligent thriller. The novel crescendos page by page to a totally unexpected conclusion. 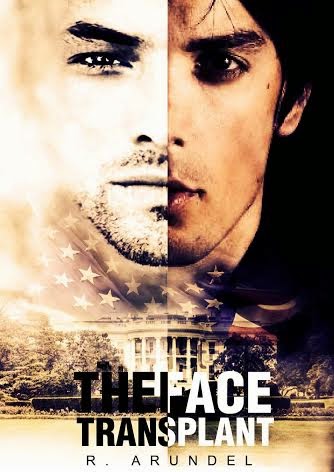 Jeremy remembered starring in a movie where he played twins. One twin was evil, the other good. He had played both roles. It was a low budget film. The movie went straight to video, no theatrical release. The thing he remembered when he saw the film was how strange it was to see two of yourself. He had that same feeling now. Truth be told, they were identical. Height, weight, clothes, there were a perfect pair. Matthew is confused it is clear the actor is a perfect double. A doppelganger.

Robert was born in London, United Kingdom. His early formative years were spent in Toronto Canada. Robert attended the University of Toronto Medical School. After obtaining his Doctor of Medicine degree he completed surgical training in Otolaryngology-Head and Neck Surgery at the University of Toronto and obtained certification from the American Board of Facial Plastic and Reconstructive Surgery. Robert Mounsey practices surgery in private practice in Toronto.

R. Arundel studied Film Studies at Ryerson University, after this he began writing screenplays and novels. The Face Transplant is his debut novel.

R. Arundel is married and lives in Toronto, Canada. When not writing or practicing surgery Robert can be found cycling.