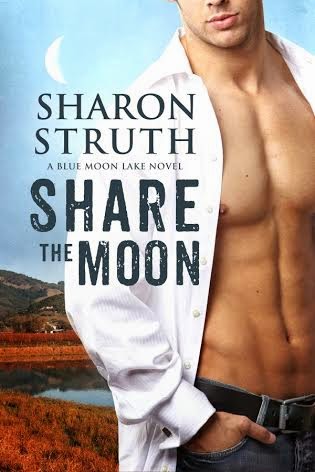 Sometimes trust is the toughest lesson to learn.

Sophie Shaw is days away from signing a contract that will fulfill her dream of owning a vineyard. For her, it’s a chance to restart her life and put past tragedies to rest. But Duncan Jamieson’s counter offer blows hers out to sea.

Duncan still finds Sophie as appealing as he had during boyhood vacations to the lake. Older and wiser now, he has his own reasons for wanting the land. His offer, however, hinges on a zoning change approval.

Bribery rumors threaten the deal and make Sophie wary of Duncan, yet she cannot deny his appeal. When her journalistic research uncovers a Jamieson family secret, trust becomes the hardest lesson for them both.

"Heart-tugging small town romance with real emotion. Struth is an author to watch!"

"Superb… throw in a hunky dad, a small town and a savvy heroine who gets the job done and you've got me hooked!"

Duncan copied her moves, realizing she made the gesture fluid, easier than his attempts.

“This gives the molecules a little nudge to entertain us. I mean, who doesn’t like to be entertained.” She waved a playful brow. “Once you get them moving, stick your nose up close and take a whiff.”

Sophie brought her straight nose close to the rim. Her lids dropped, as if prepared to receive a scent from heaven. She inhaled. Passion-filled concentration dominated her expression, leaving him mesmerized, unable to stop watching even as he lifted his own glass. He copied her movements, contemplating the aroma in a way he’d never done before.

When he opened his eyes, she’d been watching. “Anything stand out?”

He took a second, shorter whiff. “Pepper, I think.”

Her mouth turned into a half-surprised, half-pleased smile. “Very good.”

A sensation fluttered in his gut, her approval an unexpected joy.

“I smelled some kind of berry too. Now take a decent taste. Let the liquid coat your entire mouth. It’ll feel different on your tongue versus the roof of your mouth or the inside of your cheeks. There are all kinds of hidden flavors. Some bold, others more subtle.”

She brought the glass to her lips then stopped, leaned across the counter, and placed her soft palm over the hand where he held the glass. A sweet floral scent drifted from her hair. She dropped her voice, now low and sexy. “A ready guy like you should take your time with this one.” She cocked a loaded brow. “Really work hard and you’ll detect the wine’s secrets.”

Heat crept up his neck again.

The microwave buzzer sounded but she kept her gaze on him as she tipped back her goblet. Her full lips brushed the rim with the delicate touch of a first kiss.

Share the Moon by Sharon Struth
My rating: 5 of 5 stars

Share the Moon by Sharon Struth is a 2014 Kensington/ Lyrical Press Publication. I was provided a copy of this book in exchange for an honest review.

The fight over land rights is as old as time it seems. Sophie is on the verge of opening a vineyard on land that had been associated with her family for centuries, when a zoning matter and a new bid on the land puts a freeze on her plans. As a reporter she is assigned to cover the hot topic issue, which is kind of hard to do with in an unbiased way under the circumstances.
An embarrassing fall on ice introduces Sophie to Duncan, a man whose bid on her land is causing her all this pain. There could have been just a little spark between them when he helped her up after her spill, but when she discovers who he really is, the sparks fly another direction.

Sophie is in her forties, two children, divorced and doing the very best she can to move on with her life after a horrific tragedy. Sophie's loss trumps all, but so many, even those who should have felt the loss as deeply as Sophie seemed cold and unfeeling about her loss, expecting her to just forget it, to move on like it never happened and to stop living in the past. Easier said than done for some people. When Sophie was outbid, her only hope is the zoning committee veto. But, there are ugly allegations that Duncan's firm was involved in bribery in order to way the vote. There are also some other disturbing rumors concerning Duncan and his family.


Duncan is a man that has learned life lessons the hard way. Years of listening to his wife plead for him to spend more time with his family ended with her death. Now, he wants out of the rat race and decides to move to the charming New England town his family used to vacation in when he was growing up. In the works is the project his brother Trent is working on to turn old farmland into a resort. Little does he know that he has crushed the dreams of the girl he had his first crush on all those years ago. He doesn't know about her life, her tragedies, her pain, her hopes and dreams. He sees things one way , from a business perspective. If he learned from his wife's death that he should slow down and smell the roses, he still learned from Sophie that all decisions can't be handled like a business deal.

When Sophie and her friends are handed some interesting information regarding Duncan's family and a rather puzzling incident many years ago, they resolve to get to the bottom of the mystery. As a result shocking family secrets, long buried come to the surface and will change Duncan's life for good.

Everyone involved here, from Sophie's children to Duncan's family all have to work together to do the right thing. Thankfully, the truth is discovered and now a road to recovery will begin for some, while a new beginning will be presented for others, namely Duncan and Sophie who are just awesome together. I loved the characters in this one because I am not a spring chicken , so I can relate to more mature themes and the feelings a woman of Sophie's age might have. I admired her humanity , her spunk, her willingness to learn from her past and the courage to take a chance on a future with Duncan. I also liked Duncan a great deal. He is just perfect for Sophie on so many levels. He too learned from the past, and while there were things his family did that he could not control, he didn't lose sight of what was important to him and his family and Sophie's family. The real life issues of dealing with teens and college age children, contrary parents, ex-husbands, small town gossip, and coming to terms with unbearable loss made the story feel authentic. The secondary characters were interesting and complimented the story. What is interesting is that this is the first book in a series. So, I am really curious as to how the series will develop from here. This is a really great start though. I was impressed.
I recommend this book to those who enjoy contemporary fiction, a little mystery, or women's fiction. This one is 4.5 rounded to 5 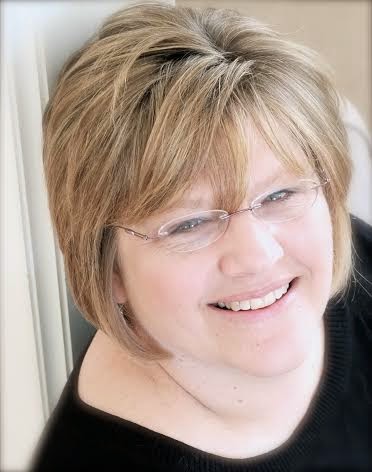 Sharon Struth is an award-winning author who believes it’s never too late for a second chance in love or life. When she’s not writing, she and her husband happily sip their way through the scenic towns of the Connecticut Wine Trail. Sharon writes from the small town of Bethel, Connecticut, the friendliest place she’s ever lived. For more information, including where to find her other novels and published essays, please visit her at www.sharonstruth.com