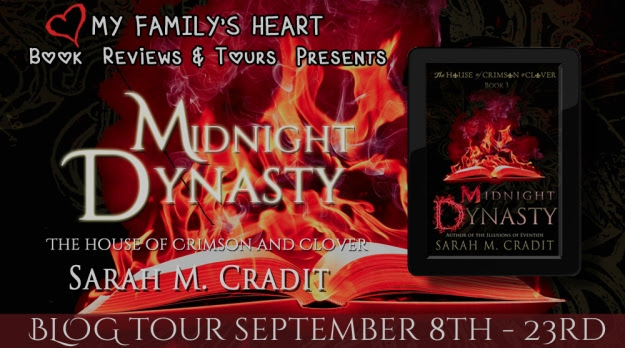 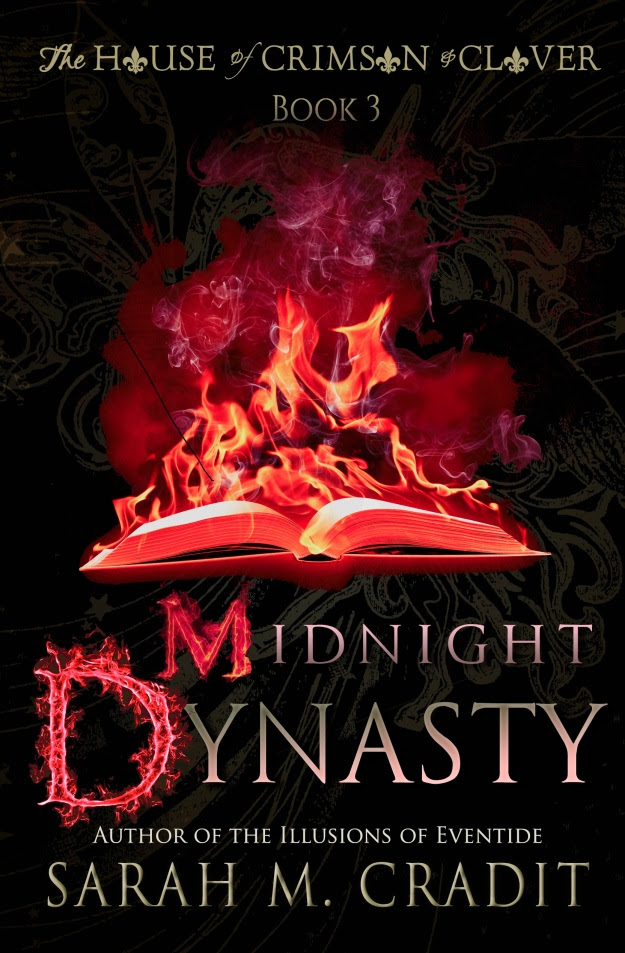 The Deschanel Curse, dormant for a decade, has returned with a vengeance.
Seers across the family are coming together, hopeful the Deschanel Magi Collective can solve this malediction that has plagued the family for nearly two centuries.
But how do you combat the blood oath of a grieving mother?
As the body count rises, it becomes apparent that strength, love, and ancient power provide no protection from destiny's cruel hand. 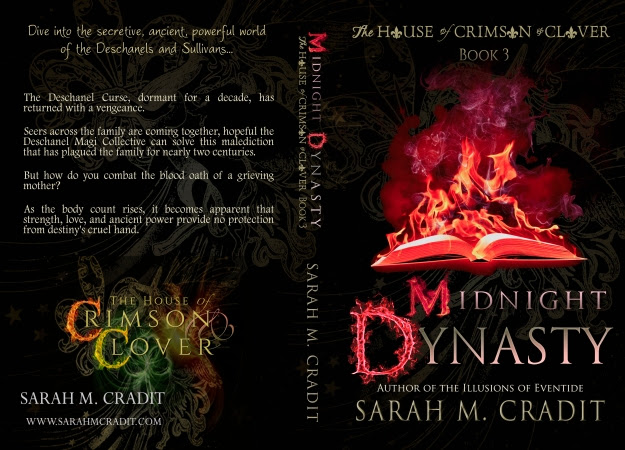 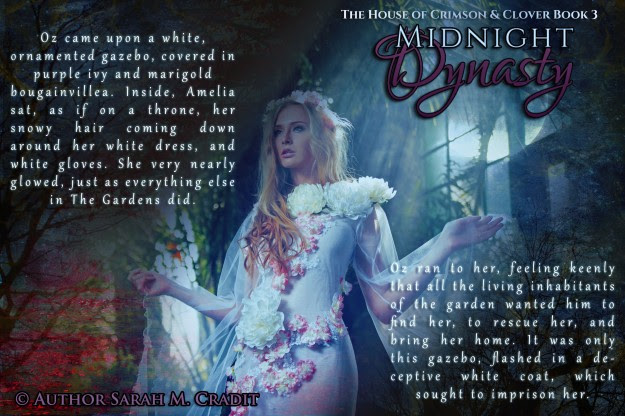 Colleen observed her younger sister’s ranting with an overwhelming urge to let out a long sigh. Histrionics had always been Elizabeth’s specialty, and she was in top form today. “Liz, it has been nearly a decade,” Colleen attempted reasonably, knowing it would do little to quell her sister’s tirade. And truthfully, Colleen was wary herself. In spite of her dramatics, Elizabeth’s visions were often accurate, especially when they came to her in the form of a dream. But it would do no good to indulge her, or Elizabeth would quickly slip into one of her episodes, and she would be lost for days, if not weeks. “That doesn’t concern you?” Elizabeth cried, pacing before Colleen’s marble mantle at The Gardens. “The Curse hasn’t had its fill in almost ten years! It’s hungry!” “Psh,” Colleen replied, but looked away. Ten years. Ten years since their brother, Charles, and most of his family, perished in a bayou car accident. Ten years since Elizabeth’s daughter, Danielle, was struck by a car in front of their home. Ten years since Colleen’s son, Ben, and his young family, died in that horrible house fire. Had Colleen worried the Deschanel Curse would strike again? Of course. That fear floated in the back of all her thoughts. But she also knew dwelling on something you could not change benefitted no one. Secretly, and with some hope, she also wondered if the Curse was beginning to slow, or dilute itself. The potency had dulled over the last hundred and fifty years. Previously, generations were wiped out; the family lived in fear of the entire line dying off. But August Deschanel’s brood had thrived. Seven children, with children and grandchildren of their own. And aside from the horrible cluster of events a decade prior, there’d been no other tragedies to speak of. And now… well, now they had bigger things to worry about. Revelations the Deschanel abilities were not merely coincidence, but instead a product of mingling with another race of beings. Empyreans. She thought daily of her niece, Anasofiya, who was somewhere in Wales, with her Empyrean mate and human husband. Their child would be born any day, the new Deschanel heir. Setting aside her own worries, she knew she must deal with her sister’s current concerns, which would not go away by ignoring them. “Colleen, we are fighting a power we have no weapons against,” Elizabeth pressed, lowering her voice as she stood before her older sister. “There’s not a single ability any of us have that can stop this horror. How are we supposed to live with that?” “We just do,” Colleen said wisely, leaning against the marble hearth. Elizabeth’s outbursts were physically exhausting, as well as emotionally. “As we’ve discussed in the Council, we’ve already taken cautionary steps. We’ve gently encouraged our children to reconsider starting families of their own.” Elizabeth snorted. “Yes, a lot of good that did! Your son Ashley has three kids! Maureen’s offspring are starting on grandbabies now, and Adrienne has two. And now, Anasofiya! We are flaunting our children before Brigitte, begging her to take them from us!” Colleen eyed her levelly. “Some of the children have listened. My Amelia. Your Tristan. Nicolas. Alain. Evangeline’s kids…” “Yes,” Elizabeth agreed, thoughtfully. “Thank God for that. And now, we are flirting with danger, with all this business about Aidrik, and these Empyreans. I still can’t believe you sent my son to consort with one, though I suppose he did come back safely from Wales… but that’s beside the point! We already had enough to contend with, we didn’t need one more thing!” “It wasn’t as though we had much choice. Whether we ignore or address our Empyrean ancestry, it remains a fact. Aidrik’s protection will keep us safe, for now,” Colleen soothed. “As for your visions…” Elizabeth shook her head, staring off vacantly. “Colleen, soon there will be more pain for us. I am going to be ill.” “I wish you would tell me who you saw in your vision. It’s really counterintuitive to barge in here and tell me of a problem, but refuse to give me any details,” Colleen accused. “What would telling you the names do? You can’t save them!” “What is telling me this doing, Liz! Now I know we have more tragedy ahead, and for all I know, it involves one of my own babies.” Elizabeth dropped her head at this, and Colleen’s heart sank. It did. It involved one of her brood. “Tell me, Elizabeth,” she ordered in a low, stern voice. “Tell me now.” But Elizabeth was already lost to herself, crying and gazing off into the corner again. Once she slipped into her episodes, there were no words strong enough to pull her out. Colleen wished she could disregard her sister’s warning as dramatics, but she couldn’t. The visions were the one thing you could not wade through for the truth; they were truth. More Deschanels were going to die to the Curse. At least one of the victims would strike close to Colleen. And there was nothing anyone could do. 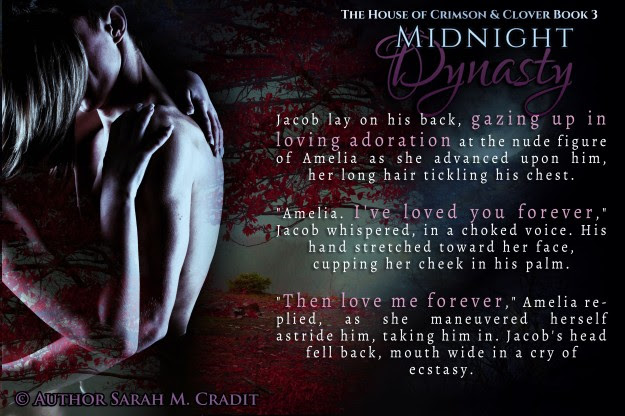 I keep playlist for each one of my series novels. Here's the playlist Midnight Dynasty
Bad Blood- Bastille Virgin- Manchester Orchestra Pet- A Perfect Circle Severus and Stone- Radical Face Everlong- Foo Fighters Tiger Mountain Peasant Song- Fleet Foxes St. Augustine- Band of Horses The Chauffeur- Deftones The Funeral- Band of Horses Love Love Love- Of Monsters and Men Born to Die- Lana Del Ray The Devil's Tears- Angus & Julia Stone Is There a Ghost- Band of Horses White Blank Page- Mumford & Sons A Praise Chorus- Jimmy Eat World
All of my series playlists are on Spotify, and can be found by following me here 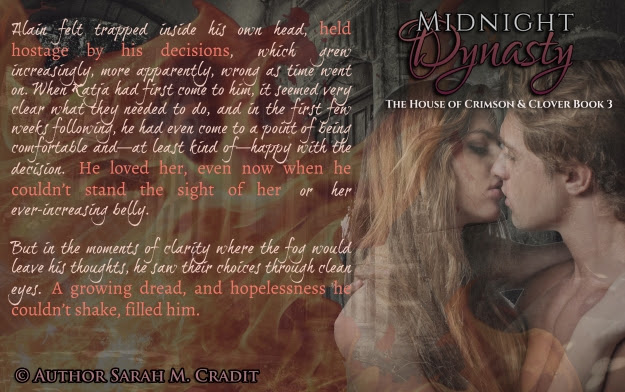 Name the top ten things you didn't know about being an author that you wish you had known before becoming a writer.


1) Nothing you write will ever be perfect. It might feel close to perfect when you hit publish, but re-reading it in a year will cause you to think you're reading tripe. It's not tripe, but you've improved, and so your expectations have adjusted.


2) WRITE DETAILS DOWN! Especially if you're writing a series. Keep a spreadsheet with things like eye colors, and middle names, or other things you might mention in passing in a book. You never know when it might get mentioned again, and it really sucks if a reader has to point out a character had brown eyes at one point, and blue at another.


3) Find a fantastic editor. Not just someone who understands line editing, but someone who can really work holistically, and help you shape your work. An editor isn't only there for corrections, but also sometimes to help provide a greater structure and flow.


4) Get to know other writers before publishing. Preferably months before. I published in a vacuum, and did everything wrong with my first book. It wasn't until I spent time with other authors that I learned from their experiences, trials, and errors. (And don't forget to pay it forward, once you're experienced).


5) Establish a brand. This includes a logo, but is not limited to it. Understand your audience, and what type of image you want to convey. For example, my series is set in New Orleans, and so I use my author page to share interesting articles, or pictures, on the area. Be consistent in your messages.


6) Marketing is hard. I don't know if knowing this ahead of time would have done me much good, but it may have helped me mentally prepare myself for the task.


7) While talent is a factor, luck plays a considerable part in who finds success and who doesn't. It can be anything from timing, to a great cover, to the universe's alignment. Two authors can do exactly the same things and have different results. There's no magic bullet, and no simple explanation. Similarly, don't go into this expecting fame or money. Do it for the love of it... anything else is bonus.


8) Know your audience. My genre is not the typical indie genre, and so marketing to this community has been something of a rollercoaster. While some love it, others prefer the traditional romance novels. I've had to branch out and find my audience in other places.


9) Always read other authors, but never compare yourself. It's as pointless as comparing steak to cream pie. The beauty of the book world is that a reader doesn't read the same book over and over for the rest of their lives. They will experience many books, over many lifetimes. Your style is unique to you, and that's okay. You don't have to be someone else to be good.


10) Even if you're a pantser, try to have some kind of organization and foresight. You never know when a single book might turn into a series that lasts a lifetime.

Sarah is the author of the Paranormal Southern Gothic series, The House of Crimson & Clover, born of her combined passion for New Orleans, and the mysterious complexity of human nature. Her work has been described as rich, emotive, and highly dimensional.
An unabashed geek, Sarah enjoys studying obscure subjects like the Plantagenet and Ptolemaic dynasties, and settling debates on provocative Tolkien topics such as why the Great Eagles are not Gandalf's personal taxi service. Passionate about travel, Sarah has visited over twenty countries collecting sparks of inspiration (though New Orleans is where her heart rests). She's a self-professed expert at crafting original songs to sing to her very patient pets, and a seasoned professional at finding ways to humiliate herself (bonus points if it happens in public). When at home in Oregon, her husband and best friend, James, is very kind about indulging her love of fast German cars and expensive lattes.

5 ecopies of The Storm and the Darkness (Book 1) 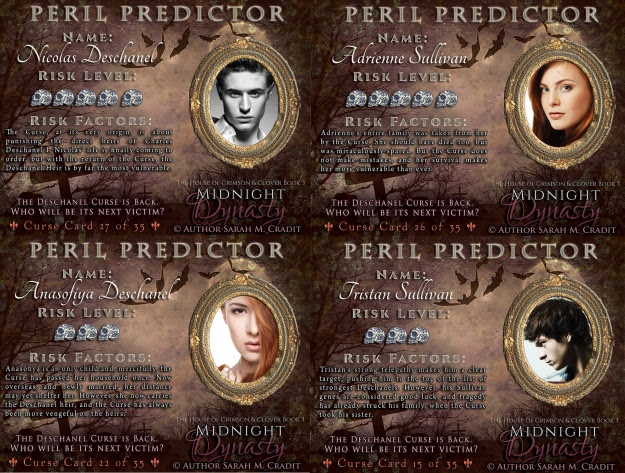 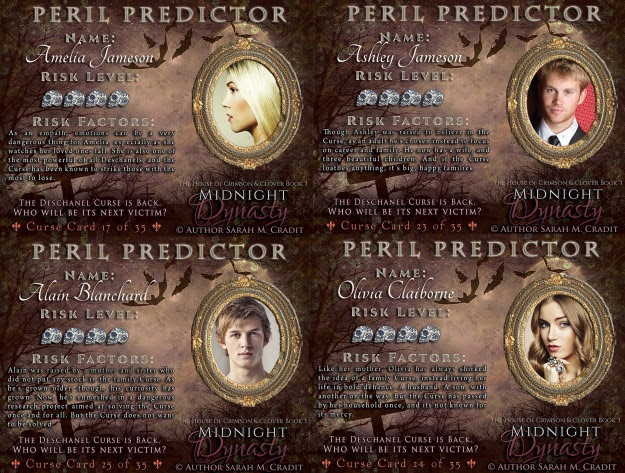 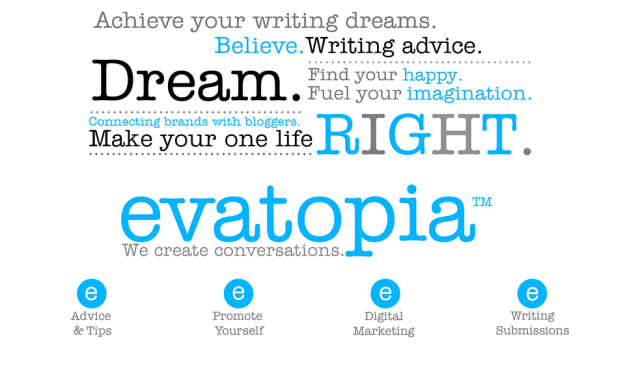