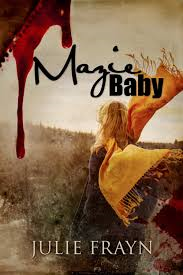 Mazie Baby by Julie Frayn
My rating: 5 of 5 stars

Mazie Baby by Julie Frayn is a 2014 independent publication. I was provided a copy of this book in exchange for an honest review.

Reading the blurb gave me an idea what I as about to read , so going in I knew the subject matter was difficult and had prepared myself for it emotionally. Domestic violence is something I work to educate women about and I admire the author for taking on the challenge of writing about such a dark topic.

Mazie is the prototype of spousal abuse. “He wasn't always like this” is something I have heard countless times. Mazie gradually finds herself and her daughter trapped in a nightmarish prison when Mazie's husband, Cullen, becomes a monster of epic proportions. His anger and violence has begun to escalate to the point where Mazie's life hangs in the balance with each passing day. But, when the threat to her shifts over to her twelve year old daughter, Ariel, Mazie finds the strength to fight back. What happens next is stunning.

Mazie finds herself jumping from the frying pan into the the fire as she takes her daughter and runs. Life on the run is fraught with edgy suspense . I found myself holding my breath as Mazie attempts to make a life for herself and her daughter, while constantly looking over her shoulder. I was impressed with how the author built the suspense and then had me relaxing a little, then raising the level back up to a fever pitch.

I came to care for Mazie, moved past my judgments of her choices and actions, and saw the character for the strength and courage she managed to gather in order to save her child. No, she didn't do things by the book, but thankfully Mazie realizes she was never really alone, that people did notice, did care, and now they are willing to help her in any way they can. That knowledge may have haunted her after all was said and done, because Mazie truly did feel alone in her battle with Cullen.

Mazie is quite fortunate to fall in with some wonderful people and she is able to face her demons, pay her debt, and I think she will find herself using her horrific experiences to help others find the courage to change the situation they find themselves in. In the end I cheered her on and although I knew she had a long road ahead of her I believed she was a survivor and no matter what, Ariel's life was spared because of Mazie.

The depictions of violence are graphic and disturbing, nothing is held back. The emotional affect on Ariel was abuse in and of itself even if she was not physically abused yet. She was headed toward that reality as Cullen became bored with Mazie. We often question the reasons why a woman stays in a violent relationship. There are some who look the other way and engage in victim blaming. I did, of course wanted to scream to Mazie that she needed to remove her daughter from that environment and do it like yesterday. It was hard to witness Ariel living this way and having to grow up so fast, living with the same fear her mother did. Ariel knows too much and has seen too much for a girl her age. We do know Mazie was working on some kind of plan but things were spiraling out of control faster than she could get her ducks lined up.
Mazie's choice was extreme to say the least and I'm not glorifying her actions, but I did understand them.
Overall, Mazie's journey , while harrowing, was realistically depicted, and in the end inspirational, ending on a high note and sense of peace. Now Mazie can really look forward to what lies ahead without the past hanging over her, she has a real chance at happiness and the opportunity to make things up to her daughter and help others like herself.
I confess I went through a myriad of emotions while reading this book. This is a well written novel that tells a story which could have turned into a preachy platitude, without ever taking a step in that direction. The drama unfolded in real time and the reader follows along, sometimes helplessly, and experiences first hand the life and death struggle Mazie faced, the danger, the suspense, the support, the fear, the love, and the ultimate feeling of relief... yes, I nearly wept with it. A powerful character study and a must read novel!
5 stars 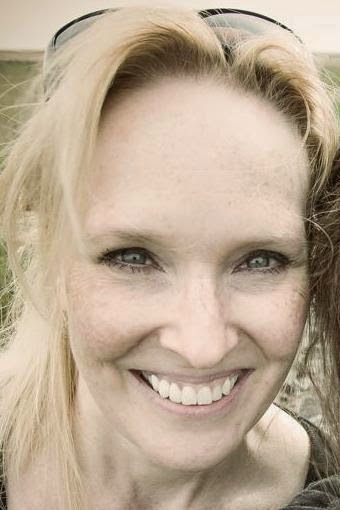 Julie Frayn pens award-winning novels and short stories that pack a punch. And a few stabs.

A bean counter by day, Julie revels in the written word. When she is not working or writing, she spends as much time as possible with her two children (grown adults, really), while they still think she’s cool. Follow her at www.twitter.com/juliefrayn and subscribe to her blog at www.juliefrayn.com.
http://www.amazon.com/Mazie-Baby-Julie-Frayn-ebook/dp/B00KGMJ79M/ref=sr_1_1?s=digital-text&ie=UTF8&qid=1411677989&sr=1-1&keywords=julie+frayn

DOMESTIC VIOLENCE FACTS
WHY IT MATTERS
Domestic violence is the willful intimidation, physical assault, battery, sexual assault, and/or other abusive behavior perpetrated by an intimate partner against another. It is an epidemic affecting individuals in every community, regardless of age, economic status, race, religion, nationality or educational background.
Violence against women is often accompanied by emotionally abusive and controlling behavior, and thus is part of a systematic pattern of dominance and control. Domestic violence results in physical injury, psychological trauma, and sometimes death. The consequences of domestic violence can cross generations and truly last a lifetime.
Posted by gpangel at 1:30 AM