GUILT BY ASSOCIATION BY MARCIA CLARK- A BOOK REVIEW 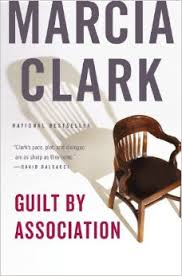 Guilt by Association by Marcia Clark
My rating: 4 of 5 stars

Guilt by Association by Marcia Clark is a 2011 Mulholland Books Publication. I was provided a copy of this book in exchange for an honest review by the publisher and Netgalley.

Let's start by addressing the elephant in the room. Yes, this is Marcia Clark, the prosecuting attorney for the O. J. Simpson case. So, I think some people may have been expecting some dark, legal thriller novel with a great deal of legal jargon , witnesses on the stand , juries and all that.

I was so happy to see this was not that type of book. Ms. Clark used her expertise in the legal field and her knowledge of L.A. To create a modern day D.A. In Rachel Knight, a woman who is haunted by her past, very dedicated to her job, has principles, but is also very human , has a very dry wit and comes up with some really funny analogies too.
So, as is the case in many “first in a series” novel, time has to be taken to set things up for the reader, introduce characters, give us background information, and still give us a crime to solve. Having to take time out for the set up can impede the plot a little, but it's worth it in the long run. From now on when we read Rachel Knight mysteries we will know what kind of person she is, what makes her tick, and we will know who her friends are and what place they have in her life.

There are two crimes Rachel is working on while still maintaining her usual case load. One is the murder of a co-worker who appears to have been involved in something truly heinous. Rachel is not convinced that is the case and begins to delve into the case at the risk of getting herself in deep trouble.
The other case is one passed down to her involving the rape of a teenage girl who comes from an affluent family and the supposition that a person outside their wealthy conclave is responsible. All the evidence points at the accused so to get to the truth Rachel is going to have to really dig deep.

I think the Rachel Knight character and the subsequent follow ups to this novel will surprise many people. This is not the first time an attorney has tried their hand at writing a novel. But, the style of this book is such that I believe it could entice a large following if given half a chance.

At times the author was a little wordy when it came to descriptions, but overall the plot was well organized, the banter was witty, the secondary characters well drawn and the story was evenly paced and enjoyable. I will admit I had no idea what to expect when I started reading this book and I am happy I didn't go into it with preconceived notions. I believe I could really get attached to Rachel and her sidekicks. I think for a first novel this was done quite well. This one is 4 stars 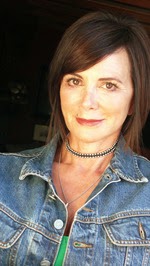 Marcia Clark is a former LA, California deputy district attorney, who was the lead prosecutor in the O.J. Simpson murder case. She wrote a bestselling nonfiction book about the trial, Without a Doubt, and is a frequent media commentator and columnist on legal issues. She lives in Los Angeles.
Posted by gpangel at 12:00 AM