TURN BACK TUESDAY FEATURE: THE CUTTING EDGE BY LINDA HOWARD- A BOOK REVIEW 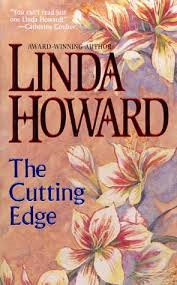 The Cutting Edge by Linda Howard
My rating: 3 of 5 stars

The Cutting Edge by Linda Howard is a 1985 Mira publication.

When Brett and Evan are hired to looking into a possible embezzlement coming from someone on the inside of Carter Engineering he decides to take out the lovely Tessa Conway, one of the firm's accountants and sort fish around for information. That first date turns into an intense affair with Tessa falling hopelessly in love, almost against her will. But, when Brett uncovers evidence that Tessa is the person behind the embezzlement, he slams on the brakes and has her arrested. He is cruel and taunting, completely breaking Tessa's heart into. Now Tessa is in for the fight of her life as she attempts to prove her innocence and avoid a prison sentence.

I came across this book at a library sale. I just saw the name Linda Howard and the title didn't sound familiar so I tossed it in my shopping bag. After giving the book a closer look I found it was published WAY back in 1985 and OMG you should see the author photo in the back of the book. Linda looks about 18 or 19 years old!!
I noticed as I was about to begin my review that many recent ratings and reviews on Goodreads were lukewarm at best, while the older reviews were more kind. The book I have is a first edition and many folks are reading re-issues which I can't vouch for. The important thing to remember here is: 1) This has to be one of Linda Howard's first books and 2) The book was written in 1985. It's very hard for young women to relate to the time period this novel was published in. Read any contemporary romance novel from the 1980's and you will see the exact same alpha type as Brett in nearly every single one. The men in these older contemporary romances are often the very definition of an asshole. Yes, it is hard to imagine someone putting up with a man like Brett no matter what decade, but I challenge you to find more that ten novels written in that era that had a beta male as the love interest. I recently read a book by Janet Daley as part of a retro romance group on Goodreads and if you thought Brett was jerk, you should have this book!! So, while it's hard to get past that type of behavior in the Brett, Tessa will also make you mad because she is so stupid. How on earth can you be in love with such a brute???
At times it hardly seemed like a romance at all and more like some sort of dangerous obsessive relationship that could hardly be healthy.
However, these books were very popular and women read through them faster than they could release more. Taking a critical look at the book, the story really was pretty good. Being set up for a crime you didn't commit and having the person you love have you arrested was the scenario and well, I felt sorry for Tessa. Even if she had been a ball buster in our current day business world, this story could work effectively and our enlightened readers would feel empathy for Tessa under those conditions. So, if you were to tone down Brett's alpha tendencies and give Tessa more backbone, turn the volume down on the angst just a little you could give this book a re-make that contemporary romance readers would love.
It think that Linda Howard has certainly come a long way from the time she wrote this book and she has established herself as a leading romantic suspense authors with a very loyal following.
This one gets 3 stars. 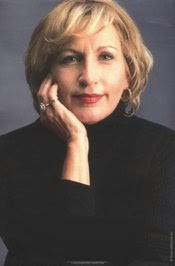 Linda S. Howington was born on August 3, 1950 in Alabama, United States. She began to write at nine years old, and wrote for twenty years for her own enjoyment. She worked at a trucking company where she met her husband, and then decided to try and get her work published in 1980. [1:] Her first work was published by Silhouette in 1982. She is a charter member of Romance Writers of America, joining in 1981 shortly after it was formed. She currently serves as Region 3 Director (until 31 October 2008).[2:]

Her husband is a professional bass tournament fisherman, and she travels with him to some very unglamorous locations where she works on her laptop. Linda and her husband live in a big house on a farm in Alabama, where they raise cattle and have two dogs. [3:]

Her friends include the authors Catherine Coulter, Iris Johansen, and Kay Hooper.