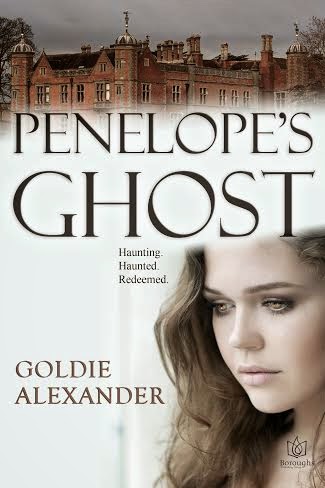 When Lisa Harbinger takes a job as nanny to a prestigious Australian family, she gets more than she bargained for: two spoilt children, vengeful ghosts, a long-unsolved mystery and a blazing passion she and her enigmatic boss are unable to deny.

"He fell in love with someone else," Richard repeated thoughtfully. "Was she a friend of yours?"

It must be time to confess. What he would think of me after that, I didn’t dare consider. "Actually, she was a he. Simon fell in love with Robert and finally admitted he was gay."

Richard’s eyebrows shot up. "Married to someone as lovely and intelligent as you? That’s almost impossible to believe."

Lovely? Intelligent? Not knowing how to respond to these compliments I said quickly, "I think Simon always knew he was gay. Even when he married me, he was just in denial. I was too dumb to wake up to it."

"When you did realise, how did it make you feel?"

"Angry. Miserable. Then totally stupid," I answered. "There were so many hints, but I kept on ignoring them." Then I dared to venture, as the atmosphere between us was definitely pulsing, "He was never interested in sex."

His face blank, Richard turned to the next page of the book we were sharing, then another. In the pause I heard an owl hoot and the wind rustle a branch against the window.

At last he put down the book. "Never interested in sex. That mean you’re not? Let’s find out." With this, he placed one arm around my waist and with the other hand tilted my head so I faced him. Then he carefully and delicately placed his mouth over mine.

Goldie Alexander has published over 75 books plus many prize winning short stories and articles. For children she is best known for, "My Australian Story: Surviving Sydney Cove", now in its 10th edition. Amongst recent work are three collections of short stories: ‘Killer Virus’, ‘My Horrible Cousins’ and ‘Space Footy".

Her latest novels for Young Adult include ‘The Youngest Cameleer’, ‘In Hades’ a verse novel, and ‘That Stranger next Door’. For middle grade readers: ‘eSide: A Journey into Cyberspace’. ‘ Cybertrix: 2043, and ‘Neptunia’, and the Junior novel ‘Gallipoli Medals’. She has authored the how-to-write ‘Mentoring Your Memoir’, facilitates creative writing workshops and mentors emerging authors.


Penelope's Ghost by Goldie Alexander is a 2014 Boroughs Publishing Group release. I was provided a copy of this book in exchange for an honest review.

After Lisa's marriage disintegrated she finds herself in need of a complete change. She accepts a position as a nanny for two children. Once she ensconced in her job, Lisa begins to learn more about the family she works for. Her employer once had a sister that tragically drowned at a young age, named Penelope.
Richard , the children's uncle and a resident at Rangoon, is divorced and it is also a fresh wound for him. He and Lisa get off to a sort of bumpy start when Lisa finds him to be arrogant and rude. But, after a short time, Richard begins to loosen up just a little.
The children are spoiled and willful, but Lisa finds she has a way with children and doesn't allow them to push her around. However, Lisa is big predisposed to catching glimpses of the dead and Penelope is has decided to make her presence known to Lisa. Lisa believes without a doubt that Penelope is entreating her to solve the mystery of her death. This might be a difficult task because Lisa was warned to avoid the subject at all cost.

Only five weeks into her new job and Lisa is making some headway with her charges. She has also managed to become immersed in the family drama and has begun an affair with Richard whose ex-wife is still coming around, leaving Lisa unsure as where she stands. Lisa also begins to learn about Rangoon and the family's sordid history.
But, what of her ghost? Well, at one point Lisa begins to wonder if the stress of divorce and a complete new life has caused her imagination to spiral out of control.
Deep down she knows that's not the case and soon Lisa will understand why Penelope needs her story told.

This paranormal mystery/romance got off to a slow start for me. I got that Lisa was going through a divorce and the reasons for it. I thought a little too much time was spent on this area. I would rather have sped past that part and dived into Lisa's job and the situation with the ghost. Once we got started on this part of the book, things were much more interesting. I didn't feel the chemistry with Richard all that much and it isn't until the mystery is solved that Richard and Lisa are able to address their issues. This part moves too fast. LOL! But, the mystery and ghost story which was at the heart of the novel was very good. Finally, the truth comes out about Penelope's death and hopefully she will now rest in peace.
I loved the history that is interwoven with the present day events which gave the story a Gothic mystery atmosphere at times. Over all this is a solid effort and despite a few pacing issues was an interesting and engaging read. This one gets a 3.5 rounded to 4.


If only. Can’t design for nuts! The clever folk at Boroughs Publishing Group did this for me. Perhaps I sent a few ideas their way and then they were able to transpose them into something that catches the eye.

I have always thought that some things should be left to the readers’ imagination, which is why I don’t write erotica. It’s the lead up to sex that is most exciting and titillating. And, of course, my heroes have to be sexy and slightly imperfect so this will add to my plot. My heroines are sexy deep inside though this has to be brought out as the story continues. I want my readers to identify with them. How would they react in a similar situation?

I am always being asked why I write. Frankly, can’t think of anything else I want to do except maybe run my own TV show and become rich and famous. My favorite part of writing is when I have created a scene and it actually seems to work. My least favorite is re-reading what I have written after the book comes out as there is always something that could have been ‘better.’

I teach creative writing and mentor many emerging authors. I tell them to take all rejections ‘on the chin’ and to keep on going. Just because one submissions editor doesn’t like your novel doesn’t mean another won’t. But over the years each time I received the standard ‘dear author rejection,’ I’d grit my teeth and think about using it to line the toilet walls. Do Americans talks about ‘toilets?’ Maybe you use another word like ‘john.’

The refrigerator. Too easy when something isn’t quite working to walk into the kitchen and consider what is inside. Also, because I work from home, too many friends and relatives think this isn’t ‘real work,’ and, therefore, I could be using my time more profitably like helping out with other jobs. But I am very task driven and selfish when it comes to using my time. Over the years I have refused to be swayed into becoming ‘general helper’ and I think this ‘bloody mindedness’ has finally paid off.

Because it is such fun to try something new. Over the years I have written in almost every genre except TV and film scripts and graphic novels. (read question one for reasons). My first four books for young adults were Romances so I was really returning to home territory. When I look back at my YA historical fiction, there is always a romance in them even if they don’t always work out. Using ghosts in a story adds to the mystery which also adds to the plot. Writing a Paranormal Romance was my next inevitable step as an author.


They look somewhat bemused. Some even look appalled as if writing Romance should be a deeply held secret like picking at your cuticles. Then I tell them that more Romance novels are sold than any other genre, they nod knowingly.


But does it really matter what other people think? I want to know to know what my readers think. If I can take them out of their everyday lives and they want to keep on reading, that’s all that matters in the end.

I am often accused of being a terrible gossip and I love listening to other people’s stories. Gossip is what creates character s and that’s what I write about. I don’t gossip maliciously, but I listen very carefully to people talking on their cell phones when I’m on a bus or a tram and try to fill in the gaps at the other end.

Because women had always been treated rather meanly in most other centuries this is a hard question to answer. Perhaps I would like to go far into the future, though the worlds in those books are usually dystopian. Or perhaps back into novels written about ancient Egypt or Rome - but only if I have a very important position and am not a slave.


Thank you for interviewing me. I hope readers will pick up Penelope’s Ghost and enjoy reading it. You can always me email me on goldie@goldiealexander.com


My website is www.goldiealerxander.com which features all my other books.
Rafflecopter a Rafflecopter giveaway
Posted by gpangel at 2:00 AM