ASH AND BONE BY LISA VON BIELA- A BOOK REVIEW 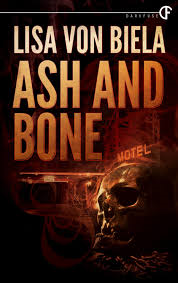 Ash and Bone by Lisa von Biela
My rating: 5 of 5 stars

Ash and Bone by Lisa Von Biela is a 2014 Darkfuse publication. I was provided a copy of this book in exchange for an honest review.
Eileen packs up what she can carry and takes off on a quest to leave her rather sordid past behind and start a new life for herself. She and her dog, Beau, are passing through a very small harbor town named Cromwell Bay, when she discovers a run down motel and the wheels start spinning in her mind. She looks into purchasing the motel and the real estate agent is all too happy to have a buyer. Things are going very smoothly except for one thing... room number 8. Beau will not go near it and Eileen is chilled to bone while cleaning the room no matter what the weather is. But, it's nothing she can't handle until the guest begin to complain about nightmares after spending the night in # 8.
Finally, Eileen decides to look into the history of the motel. The nervous real estate agent explains that the motel has no sordid history, but once upon a time a mill stood where the motel was built and it burned to the ground killing several of the workers.
When Frank , a freelance journalist, is traveling back home after attending a funeral, he finds himself in a state of sheer exhaustion. He stops in Cromwell Bay to stay the night. Eileen gives him the key to room # 8. Frank experiences some of the most vivid and horrific nightmares he' s ever had. Eileen tells him the story of the mill and it's demise, setting off Frank's investigative instincts. Now, after all these years will the workers who lost their lives in the mill finally get justice? Will the truth come out about what really happened during the fire ?
This is a perfect story to tell around a campfire or read on a dark cold winter night. I love ghost stories because in most instances the hauntings have a purpose and that was certainly the case here. A cautionary tale in many respects, the author examines the damage done by being too stubborn, too controlling, and too greedy to do the right thing and having it come back to haunt you... literally. Once a good portion of the mystery comes to light, lives in the small harbor town will never be the same. Some will have peace , while others will grapple with the consequences of their actions. Overall the story will give you a little chill down your spine and raise the hairs on the back of neck without graphic, overly detailed violence. In other words, the author created an imaginative story that will suck you in by creating a slow build up of suspense and using her skills as a writer to create an atmosphere that will have you on the edge of your seat. A horror story and a mystery combine to give the reader the perfect thrill. I loved it! Overall this one is an A+. 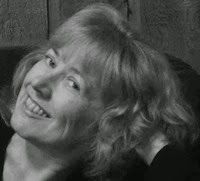 Previous Work (earliest to most recent):

"Hunting with the Boys" (The Swamp)