THE RED HOT FIX: A JUSTICE NOVEL BY T.E.WOODS- A REVIEW 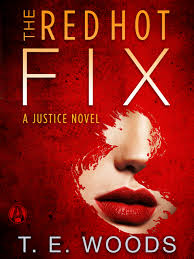 The Red Hot Fix: A Justice Novel by T.E. Woods
My rating: 4 of 5 stars

The Red Hot Fix- A Justice Novel by T. E. Woods is a 2014 Random House Alibi Publication. I was provided a copy of this book by the publisher and Netgalley in exchange for an honest review.
This is the second book in the Justice series. I did not read the first book and I think it would be a good idea to read it before you start this one, but it's not absolutely necessary. The story picks up about a year after "The Fixer" killings. Mort is back in his element in the Seattle PD. Mort's son, Robbie, is hitting the big time after his true crime book hit the bestseller list and Hollywood has expressed interest in doing a movie based on his book. Mort still hasn't heard from his daughter and he is still grieving the death of his beloved wife, Edie.

"The Fixer" has had to start life over and just happens to run into a child pornography situation when she meets a young girl in the library. She and Mort are in communication with one another from time to time, each dealing with the fallout of what they went through previously and the guilt that comes with it, no matter how justified their actions were.
Now, Seattle is dealing with a female serial killer who is killing the prostitute's customers. But, when a prominent professional sports owner is murdered and the scene is staged to look like the "Trixie" murders, Mort has his hands full. On a personal note, Mort finds himself attracted to a woman named Charlotte and while one part of him wished to pursue his feelings, the other part of him can't let go of Edie's memory. 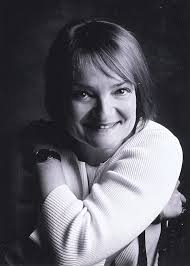 Teri Woods is a clinical psychologist in private practice in Madison, Wisconsin. Her scientific writings are well represented in peer-reviewed journals and academic texts. Her literary works earned her First Place, Fiction at the 2008 University of Wisconsin Writer's Institute.
Dr. Woods enjoys kayaking, hiking, biking, and hanging around the house while her two dogs help her make sense of the world. Her habit of relaxing by conjuring up any manner of diabolical murder methods and plots often finds her friends urging her to take up knitting.