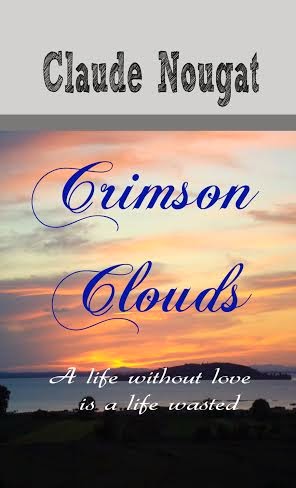 
Robert is at a crossroads. Just retired from a brilliant career as a UN manager in humanitarian aid, he could work as a high-level consultant or pursue his childhood dream of becoming an artist. He chooses the latter to the dismay of his wife Kay. Twenty years his junior, Kay is a lover of Contemporary Art, deeply involved in her work as the owner of a trendy art gallery in New York. She is horrified by his academic paintings. They fight over Art - he's square, she's cool - but more separates them than diverging views on Art. A secret Kay has never revealed weighs on their marriage and threatens to break it apart...


This contemporary romance resonates with the complexities and wistfulness of mature passion the second time around.


Excerpt from Chapter 8: A Mother’s Heart

"This is very serious, Robert. I’m your mother, remember? I can see what’s happening to your marriage. You’re allowing your wife to convince you that what you do is worthless."

"Nonsense. Kay’s tastes are different from yours and mine. That’s all."

"Oh, but it’s not just a matter of taste. The problems between you two run much deeper than that. I’m an old woman, I have experience; I see what I see…"

"In that case, just keep your eyes shut, will you?"

"Maman, there is one thing I do know. You wanted to have grandchildren and we have disappointed you on that score. But that’s no reason to take it out on Kay. It’s not her fault."

"Are you sure? I wouldn’t be so certain. No one in our family has ever been sterile. The problem could easily be on her side. After all, she’s an only child."

"So am I. It doesn’t mean anything. Just stop it."

Her eyes widened, as if she wanted to convey something important and didn’t know how. Then she did something very theatrical. She plunged to the floor, taking hold of my ankle. Crouching at my feet, she held my leg in both hands. "Now, try walking!"

"Try walking, I tell you. Come on, push that leg forward."

I didn’t try hard, not wanting to hurt her, but I could feel my leg straining against her hands.

"See? You’re slowed down. You can’t walk. That’s what Kay does to you!" 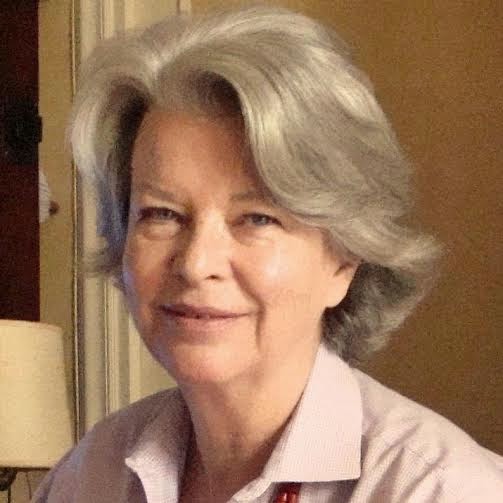 
Claude Nougat is a writer, economist, painter and poet. A graduate of Columbia University, Claude has dabbled in a wide variety of jobs before starting a 25 year career at the United Nations (Food and Agriculture), ending as Regional Director for Europe and Central Asia.


Claude is the author of many books, including two in Italian that won several awards in Italy, and seven in English, all fiction except one essay on development aid; she is considered a prime exponent of Boomer literature.


Her poetry has been included in "Freeze Frame", an international poetry anthology curated by British poet Oscar Sparrow, published by Gallo Romano Media in 2012.

Claude is married and lives in Italy.

Visit the "Crimson Clouds" board there: http://www.pinterest.com/claudenougat/crimson-clouds-places-and-paintings/

Her blog about social issues, books and art: http://claudenougat.blogspot.com

Visit the Goodreads Boomer Lit Group that she founded: https://www.goodreads.com/group/show/81261-boomer-lit-novels-short-fiction-memoirs-and-more

GIVEAWAY DETAILS:FOLLOW THE TOUR FOR MORE CHANCES TO WIN!!

Claude will be awarding a print copy of Crimson Clouds to a randomly drawn commenter during the tour. (US ONLY)


The more you comment, the better your chances of winning. The tour dates can be found here:  http://goddessfishpromotions.blogspot.com/2014/03/virtual-nbtm-review-tour-crimson-clouds.html

Crimson Clouds by Claude Nougat
My rating: 5 of 5 stars

Crimson Clouds by Claude Nougat is a 2014 release. This book was originally published under the title A Hook in the Sky. I was provided a copy of this book in exchange for an honest review.

This book is a study of a married couple dealing with major life changes and the affect these changes has on their marriage. Twenty years younger than Robert, Kay is an contemporary artist with a life of her own and no desire to become a parent. Robert has worked as a UN humanitarian aid manager and always wanted children. Now that he is retiring he has decided to focus on art instead of becoming a consultant with the UN. This throws Kay and Robert together in a way had not been for years and all the cracks in the marriage begin to widen.
If any of you have listened to your parents describing retirement or you and your spouse are adjusting to that change yourself, you will be able to identify to some extent to what happened between Kay and Robert. With no children to buffer the gap that has grown between them, long buried secrets and resentments come to light causing the marriage to crumble. Robert's decision to pursue art backfires on him in ways he could never have imagined.
The story becomes darker and more depressing as Robert begins looking for something that just isn't there. Robert's long awaited freedom is not all it's cracked up to be and he winds up feeling totally lost. He sort of drifts for awhile and begins one affair and then another. He finds this does not satisfy either. He and Kay have lived in two separate worlds for so long and the marriage looks totally broken, but then Robert and Kay begin to work on art together. The book then takes an even darker turn. The magnifying glass is on the world of art in the contemporary setting compared to Robert's view of art . The details are so vivid we can envision the art and the locales as well as feel empathy for Robert as he realizes he relied too heavily on his expectations and daydreams for the transition from career to retirement. Finally, Robert gives in to the reality of what his true gift is and accepts it. While some may find that dissatisfying, I found his decision to be one of maturity and growth. I think Robert will find peace and contentment in his future now that he has left behind the pretentious world he sought to fit into. I never could decide how to feel about Kay. I thought the choices she made earlier in the marriage were selfish and while Robert didn't handle the situation all that well, what Kay did was just terrible. Her attitudes later in the book were simply shocking.
I understand why this book has been labeled as a baby boomer novel , although I am only on the cusp of that era, I felt the book dealt with the topics of aging and transition and the feelings associated with these issues in a unique and creative way. This is certainly a thought provoking novel , very well written and insightful. This is a five star rating.