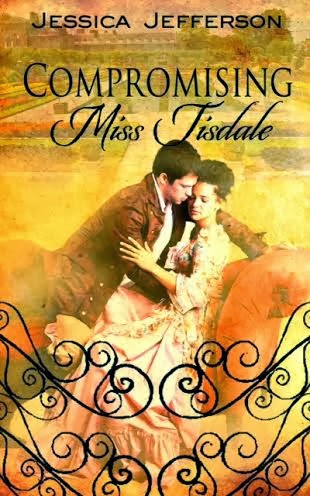 
Ambrosia Tisdale is the very picture of propriety and the epitome of what a respectable young lady should be. Haunted by a memory and compelled by her family, she pursues perfection to a fault.


The Earl of Bristol, Duncan Maddox, has returned to London after years of familial imposed exile. As the second son, he has led a life filled with frivolity, leisure, and a healthy dose of debauchery. Now his older brother has died, leaving the family’s flailing legacy in Duncan’s unwilling arms.


At the behest of his uncle, Duncan is advised to do the one thing that could provide instant fortune and respectability – he must marry. But there is only one prospect who meets the unique requirements to solve all the Earl’s problems – the lovely Miss Ambrosia Tisdale. But securing the prudent daughter of a Viscount’s hand proves to be more challenging than this scandal ridden second son of an Earl has bargained for.


With scandal, extortion, treachery, and even love itself threatening to keep him from his goal, will Duncan succeed in compromising Miss Tisdale?

James tapped his finger to the cleft in his chin. "So, I am to assume that you need financial prosperity, respectability, honor, and security virtually overnight? That is your dilemma?"

Duncan chuckled at the absurdity of the situation. "In so many words, yes."

He shrugged. "Should be simple enough."

James arched an eyebrow. "Such a quandary is hardly original to noble men like us."

"How do you figure?"

"Your predicament is nothing new. Men of our station have been combating that very issue for years. And the solution is hardly novel. I’m quite surprised someone with your acumen hadn’t thought of it earlier."

"Clearly, I am ignorant, so please-enlighten me."

"You need to marry."

Duncan deflated. "Is that all?"

"Well, you couldn’t just marry anyone. She must be rich, but not noveau riche. And her family must be prominent. She needn’t be from a ducal house necessarily, but with rivaling status in its age and reputation. And since you’re such a cad, your wife will need to be the picture of morality. We’re talking the personification of righteousness-no skeletons in the closet, no relatives from the other side of the blanket, no scandals amongst third cousins. The gossip rags must have nothing on her or her family."

Duncan felt his nostrils flair. "Yes, simple indeed. So, where exactly do you suggest I find this rich Lady Madonna?"

Confused, Duncan thought for a moment. Then he smacked into the great stone wall of realization at just what it was his friend was implying. "Miss Tisdale? You’re suggesting I marry Miss Tisdale? The Miss Tisdale who you just finished telling me is waiting for the perfect husband–who no doubt has far more prestige and fortune than I? You’re cracked." Duncan turned and started walking back towards the curtain. 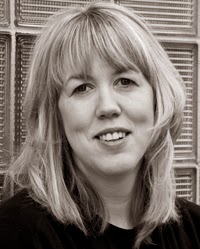 
Jessica Jefferson makes her home in northern Indiana, or as she likes to think of it – almost Chicago. Jessica originally attended college in hopes of achieving an English degree and writing the next great American novel. Ten years later she was working as a registered nurse and reading historical romance when she decided to give writing another go-round.


Jessica writes likes she speaks, which has a tendency to be fast paced and humorous. Jessica is heavily inspired by sweeping, historical romance novels, but aims to take those key emotional elements and inject a fresh blend of quick dialogue and comedy to transport the reader into a story they miss long after the last page is read. She invites you to visit her at jessicajefferson.com and read her random romance musings.

Compromising Miss Tisdale by Jessica Jefferson
My rating: 5 of 5 stars

Compromising Miss Tisdale by Jessica Jefferson is a 2013 Soul Mate Publication. I was provided a copy of this book in exchange for an honest review.
This Regency period historical romance was a delightful read. The dialogue is sharp, witty, and funny. It's hard to believe this is Jessica Jefferson's debut novel.
Duncan was never supposed to inherit a title but after his brother dies quite suddenly and Duncan's uncle Richard's health is failing rapidly, it looks like the fun and games are over for Duncan. He enjoyed his undisciplined lifestyle and saw no reason to marry or produce an heir. Now, his uncle is beseeching him to restore the family name and honor.
Ambrosia Tisdale is suffering from a little survivors guilt. She and her brother Thomas were both sick with a fever at the same time. Ambrosia lived but Thomas didn't pull through. Now, as the oldest daughter of four, she feels like she must chose the absolute best match so that her sisters will also marry well. This attitude has resulted in Ambrosia's fourth season. Fourth! She swears there will not be a fifth no matter which way things go.
When Duncan confides in a friend that he needs a bride, Ambrosia 's name comes up. Duncan knows she would never agree to marry him with his rakish reputation, so his friend suggest he put Miss Tisdale in a compromising position so she will have no choice but to marry him. This idea appeals to Duncan since he is rapidly running out of time to find a bride. But, when he puts his plan into motion he realizes Miss Tisdale deserves better . Now, he finds he can't pursue things with her under false pretenses.
Duncan and Ambrosia will face their flaws and frailties and learn to put the past where it belongs and allow themselves to find peace and happiness. Now if only Ambrosia's sister could be as lucky! Stay tuned! For fans of Eloisa James or Julia Quinn I think you will find this book most charming. Highly recommend!