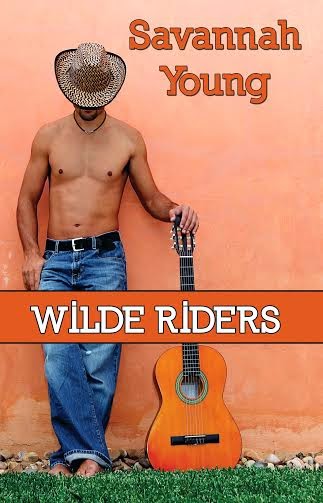 WILDE RIDERS is the first novel in a spicy new contemporary romance series about four sexy brothers, their small-town bar and their local country band. WILDE RIDERS can be read as a STAND ALONE NOVEL or as part of the SERIES.

Cooper Wilde spent his entire adolescence counting the days until he could escape rural northwest New Jersey. Now at 26, he can't believe he's coming back. But his late father's bar, Haymakers, is in financial trouble and his older brother, Jake, has asked for Cooper's help.

Riley Smith, 25, is fresh out of her Ivy League MBA program and wants to make an impression on her employer, H & C Bank. Her first solo assignment is a fraud investigation on a business loan they made to Haymakers.

Even though Old Town is less than 90 minutes from New York City, Riley feels like she's stepped into another world in this remote, one-bar town. Riley can't wait to do her business and get back to the city as quickly as her sports car will take her...until she meets Cooper Wilde. He's not like the other guys in this rural town and Riley feels inexplicably attracted to him.

As I pull into Old Town the place looks exactly like I thought it would. The buildings in the town square are old and I image the place hasn’t changed much in the last hundred years or so.

Haymakers is just past the town square, down the hill from the deli, next to the gas station. Those were the exact directions I was given, in those words. I take that to mean the town only has one gas station and one deli.

When I pull into the parking lot, there’s only one other vehicle sitting there. It’s an old beat-up Dodge Ram. Nothing like fitting the country bumpkin stereotype like a glove. Then I have a brief moment of panic and wonder if it’s safe to park my BMW in the dirt lot. Then I remind myself where I am. Who is going to mess with it in the middle of the day? A stray deer from the woods out back? The only thing I probably have to worry about is it getting dusty.

I take in a deep breath. I have to be thankful there’s no manure smell yet. The quicker you do this, I remind myself, the quicker you can get back to the lovely asphalt jungle you call home.

I’m hit with a gust of wind as soon as I get out of my car. How is it possible that Old Town is even windier than lower Manhattan? I didn’t think I’d ever find a place windier than Wall Street. Even the Windy City didn’t seem this windy when I had business in Chicago.

When I enter the bar, I try to smooth down my thick hair, which I know is probably a complete mess from the gust. I’m surprised by the homey feel of the place. How could someone like me possibly feel at home in a country bar? Even if I was wearing jeans and cowboy boots, if I even owned jeans and cowboy boots, I wouldn’t fit in at a place like this.

I hear someone clear his throat and I turn to see a guy about my age, mid-twenties, standing next to me. I can’t help my surprise when I see he’s wearing khakis and a polo shirt, like he just stepped off a golf course. He looks as out of place in this country bar as I feel.

The guy gives me the faintest hint of a smile but it’s almost as if it pains him to give that much. His deep brown eyes look even more distressed and I can’t help but wonder what’s behind those sad eyes.

He rakes his fingers through his thick dark hair. "A little windy out, isn’t it?"

My hand automatically goes to my hair and I try to casually flatten it down again. I imagine I must look like I just stepped out of a wind tunnel.

"Your hair looks fine," the guy tries to assure me. But he’s got that hint of a smile on his face again and it makes me wonder if he’s lying just to make me feel better.

"I’m Cooper Wilde," the guy says as he offers a hand.

I don’t know why I suddenly feel nervous about shaking it. It’s a business meeting. That’s what people do. But the way this guy is looking at me gives me the feeling that he might be interested in more than just business.

But I’m not, I remind myself. Not only because I’ve all but sworn off men, I’m here to do a job. I’ve been working for H & C Bank for two years and this is my first solo assignment as a lead investigator. If I continue to do well, I’ll be well on my way to becoming a Vice President before I turn thirty. I don’t need a man to throw me off my career trajectory. And definitely not some guy in a country bar in rural New Jersey.

I take his hand and give it a quick shake but I can’t bring myself to look into his smoldering eyes again. "I’m Riley Smith."

"I figured that," Cooper says.

That hint of a smile has returned to his face again. "We don’t often get women in business suits in the bar."

I’m not sure why I’m suddenly overcome with the urge to get a real smile out of Cooper Wilde. I don’t know even know the guy but it somehow seems important. I get the feeling he hasn’t really smiled in a while and it’s long overdue.

Not that I’ve had much occasion for real smiles myself lately.

"My brother will be here in a minute or two. He’s just printing a few documents from the computer. Purchase orders and receipts."

I nod and look around the place. From the outside, I thought it was going to be a dive but the place actually has character. I can tell the wooden bar is old, and it looks hand carved, as do the barstools. There’s a large stage area that looks new. That’s one of the expenses I was charged with investigating. I try to image what the place looks like filled with patrons watching a local band play on a Friday night. 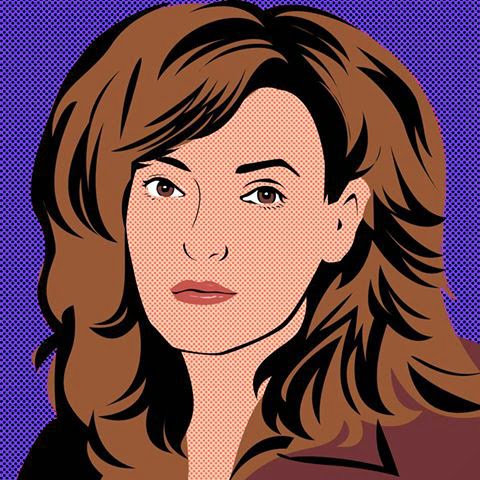 
Romance novelist Savannah Young grew up in rural northwest New Jersey in a place very similar to the fictional Old Town, which is featured in her books. When she's not at her computer creating spicy stories, Savannah is traveling to exotic locales or spending time with her husband and their bloodhounds.

Wilde Riders by Savannah Young
My rating: 4 of 5 stars

Wilde Riders by Savannah Young is a 2014 Short on Time Books publication. I was provided a copy of this book in exchange for an honest review.
Riley lives in New York and is sick of the slick Wall Street type. She is given the assignment of looking into a fraud case in rural New Jersey. When she arrives in Old Town she is stunned by the contrast. Old Town is like another planet compared to New York.
Then Riley meets the Wilde Brothers. Jake is the one that has been running The Haymaker, a bar owned by his late father. This is object of the investigation, since The Haymaker has been in a little financial trouble. Jake calls his brother Cooper who just so happens to be employed on Wall Street for some advice and help. Cooper had fled Old Town the very second he could. He plans to be a millionaire before he is thirty, he dresses fine, drives a BMW and has absolutely no desire to ever go back to rural New Jersey. When Jake calls and Cooper hears the stress in his voice he reluctantly agrees to help him out.
The bar was where the Wilde Riders country music band made it's home and Cooper loves playing music, but he is out of his brothers band by choice, although Jake tries to lure him to The Haymaker's new stage for old times sake.
When Cooper meets Riley he is instantly attracted to her and feels a compulsion to take care of her, even if it means protecting her from ladies man, Jake , and from his other brother Tucker who is a war vet learning to live with a disability. Riley has to spend a weekend in Old Town after her car is damaged and Cooper makes the most of that situation. The mistake he makes is hiding his New York lifestyle from Riley after she confesses she is tired of the Wall Street crowd.
With this first installment of the Old Town Country Romance series, the author introduces us to a motley group of brothers, each with their own set of issues and personalities. Cooper and Riley are the main focus of this story, but Jake gets a lot of coverage as well. Jake and a local girl that had a massive crush on Cooper for the longest time are spending time together, but for Jake it's just a game. Tucker is bitter and scares Riley a little bit. Then, we have Hunter who is very quiet studious type. I am really looking forward to reading each installment in this series. Now that we have met everyone the real character development can take place . Being drawn to the war hero type I am especially looking forward to Tucker's story. Overall this is a nice start to the series. This one gets a B or 3.5 stars ( rounded to 4)
Posted by gpangel at 12:00 AM