Shattered Blue by Jane Taylor Starwood is a 2013 independent/self published release. I was provided a copy of this book by the author in exchange for an honest review.

Shannon is living out away from most of civilization with only one close friend in town, no family, husband or kids. Why? Well, her step father recently died in prison after pulling a con with his son that took money from many innocent people. Shannon changed her name to Shane and left her life in New York and started over. When she gets a new neighbor, Matt, she's less than thrilled, no matter how nice looking he is.
Hiding from her family's sins is not all Shane has to contend with. She still suffers from a childhood trauma and recently she has been getting some hang up type calls that has her concerned. A neighbor that insist on being, well, neighborly is a complication she would rather do without.
Matt is selling his portion of a business that has left him with few money concerns. He is getting a divorce and living a slower paced lifestyle than he had in LA. He learns that his neighbor is not too happy about the two of them sharing a hill, so he decides to introduce himself. He is totally blown away by Shane. She was rude, but Matt is determined to show her he is no threat to her peace of mind and that maybe he's one of the good guys.
I really enjoyed this classic style romantic suspense novel that reminds me just a little of Linda Howard or Sandra Brown. If you their style, you will really like this book. Shane's/ Shannon's dark secrets and family crimes have put her in serious danger. When Matt gets involved with Shane, he too becomes a target when the bad guys realize they will need to get him out of the way in order to get to Shane. There are many twist and turns , high intensity suspense and steamy romance. Shannon will learn to trust, to heal , and she will learn the power of friendship, community and love.
I seems like there are only a handful of RS authors out there still giving us this type of thrilling suspense. Mostly these are authors that have carved out a niche for themselves with this formula and it is their bread and butter. There aren't many new authors writing RS like this, though. I like a good action romance book with hot military heroes as much as the next person, but I miss the standard RS format. I hope this book and this author will help bring this style of writing back into the mainstream. This was a wild rollercoaster ride. 4 stars 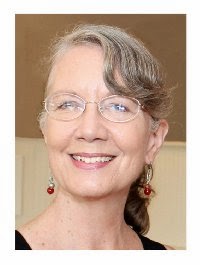 Jane Taylor Starwood is an eclectic, cross-genre author.
Her debut novel, the romantic thriller "Shattered Blue," has received a BRAG Medallion and RONE Award nomination and is Awesome Indies Approved.
Ms. Starwood is currently completing her second romantic thriller, "Falling Starr," and the first book of "The Seekers' Prophecy," a YA dystopian fantasy trilogy.
The author's "Long Island Wine Country: Award-Winning Vineyards of the North Fork and the Hamptons" is available at bookstores, regional wineries and online.
Ms. Starwood tweets at @StarwoodRomance and @SeekersProphecy.
Posted by gpangel at 1:00 AM