HOW TO SAY GOODBYE BY AMBER LIN 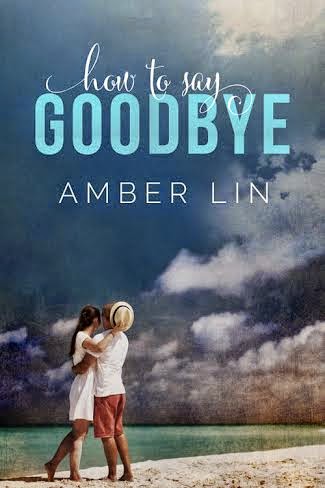 How to Say Goodbye Synopsis:

Amy has a secret: no one’s ever held her hand. She doesn’t even know how to hug. Everyone thinks she’s smart, but straight As are way easier than making friends. Then she meets Dane, a golden-haired surfer whose easy charm and hot touch teach her what she longs to know.

Dane lives for the salty breeze and a sweet wave, because that’s all he has. He’s been on the streets since he was fourteen. A drifter. Homeless. Then he meets Amy. Smart and accomplished, she’s everything he’s not. He wants to be the sort of man who deserves her.

Except that means facing down his past—and that past might very well swallow them both.

He smiled with the barest hint of irony. "Guess you have better things to do than build a sand castle."

She hated how his words echoed her thoughts, how they put him down. Didn’t he know how much she would give to be like him? Relaxed. Confident. God, she didn’t want to be afraid anymore.

He pointed behind the castle. "There’s an enchanted forest right there."

He was…teasing her. It took her a second to understand just because it had never happened before. Not that she could remember.

She looked down to hide her smile. "I think I’ve got it now."

He grinned. "Then get building, Cornell."

Her first attempt was more like a molehill with a pointed top. By her second she’d learned to pack the sand more tightly, earning a brief nod from him. After that she worked steadily, forming the little conical pine trees in varying sizes. A vision sketched in her mind, of lush trees and woodland creatures, of fancy and imagination.

Kneeling in her oh-so-practical shoes was impossible, so she took them off. Her skirt hiked up her thighs as she scooted around the forest. Sand squeezed between the mesh of her stockings.

She hoped it would never come out.

When he finished carving arched windows, he stood back and dusted the sand from his palms. She trailed a finger down the last tree—this was how he’d feel, gritty and soft—before standing up to join him.

He was tall. His height shouldn’t have been a surprise; she was often the shortest one in the room. But she’d been equal to him on the ground, both of them dirty and eager in the sand. Now he was the tall, handsome stranger, and she the shy girl who hardly spoke.

She’d aced fluid mechanics, for God’s sake, so why should this matter? It didn’t, it didn’t. But her heart double-timed when she asked, "What do you think of the forest?"

With mock solemnity he studied the trees. They lined up neatly in rows like a Christmas tree farm she’d passed once in rural New York.

"It’s pretty," he said, repeating her words. Then he smiled, almost shy. "Very pretty. Do you want to grab some dinner?"

Her breath caught. Had he just asked her out? It had sounded like that. Exactly like that. Her heart beat a rapid pace.

Daylight traced tiny lines radiating from his eyes, from the corners of his mouth. A smattering of blond hair covered the tanned skin of his chest, highlighting lean muscles beneath. Even the tips of his eyelashes were bleached, every part of him touched by the sun. A golden boy, a rippling-surface stereotype, while hidden depths lurked beneath. What would it take to dive under? In that moment she wanted to find out. Right then she wanted to drown.

But she’d had a lifetime of treading water, of survival. Only one answer made sense.

"I’m sorry." Her voice sounded hoarse with disuse, as if she hadn’t spoken in years instead of seconds. "I’m not going to be here long. In Florida."

She kicked herself. He hadn’t asked her to marry him, for God’s sake. He’d only wanted a date, and she should be able to do that. If she were more normal, she could have.

Fleeting emotions flickered across his face. Disappointment first, followed by others she couldn’t understand. But resignation—that one she recognized like an old friend.

"All right. Take care then." His voice rang with finality. They would part now. She wouldn’t see him again, because she didn’t know how to be close to another human being. No textbook had ever taught her. No monthly phone call had told her how to feel.

But even that presumed too much. A slight shake of his head said no, she wouldn’t. His lips curved in a cold shadow of his former smile.

"Bye, Cornell." He crossed the beach, heading for the water.

He walked right past the frothy edge and dived underneath, leaving only ripples in his wake. His head came up once for air, and again, and again, growing smaller, farther away.

She waited for hours. Or seconds, really. She stood with sand caked to her hands and her knees, feeling abraded and raw. Every other time in her life, she’d pretended not to want this. Friends and laughter. Easy camaraderie. Touch. Standing on the cooling sand, her stomach grumbling with hunger, she could no longer pretend. 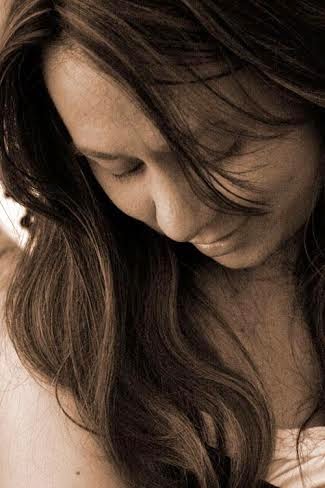 How to Say Goodbye Goodreads: https://www.goodreads.com/book/show/20657293-how-to-say-goodbye?from_search=true
a Rafflecopter giveaway

How To Say Goodbye by Amber Lin
My rating: 5 of 5 stars

How to Say Goodbye by Amber Lin is a 2014 publication. I was provided a copy of this book in exchange for an honest review.
As Amy begins her internship she once again finds herself feeling like an outsider. A chance meeting with Dane, an ordinary surfer dude changes both of them forever.
Amy's parents immigrated to the States believing they would be providing their child with the best opportunities available. But, Amy's father died and her mother , always feeling unhappy in America, heads home to Japan, leaving Amy with her Uncle. Her mother has placed an incredible amount of pressure on Amy through her life to not only succeed, but to be the best of the best at everything. Her mother wants Amy to land a job in Silicon Valley and live a posh lifestyle. Amy has never had much of a say in any of these plans. Now that she is nearing the completion of her college education, Amy is beginning to think for herself and isn't so sure that she wants the same thing her mother does.

Dane is a beach dweller that opens up a new world for Amy. For the first time in a long while Dane has met a person that may have a had a sadder life than his own, or at least just as sad. He is now living on the streets and has managed, at least he thinks he has, to hide that from Amy. He does whatever he has to do in order to survive. This is a very ugly life compared to the one Amy has lived. Dane feels for Amy and the isolated life she has lived, never having experienced affection, even the simple act of holding hands.
Amy feels for Dane living hand to mouth out on the streets. She knows compared to his life, hers was not all that bad. She never worried about a roof over her head or food or clothes.
As unlikely as it may seem, the two of them forge a bond that turns into something more. Dane's current lifestyle and his dark past will slowly reveal itself making a long lasting relationship between him and Amy seem nearly impossible. They are just from two different worlds and have so many issues to work on in a personal way that it appears it would be for the best if they went their separate ways.
Well, goodness! What as story! My heart ached for both of these characters. Amy had the basics in life and was well provided for. But, she had no bond with her mother or other family members and because of her IQ and ambition she was always a straight A student striving to be at the top of her class. This took all her time and the other students didn't relate to her. She never had friends, much less dated, held hands, kissed, hugged and so on. By comparison, Dane was really touchy feely. He was very affectionate by nature and was stunned by Amy's confession that she had never had her hand held.
Dane's life on the street was depicted with realism, although not overly graphic. You get the idea without the real gritty stuff descriptions. Dane has a reason for living the way he does, but it isn't until well into the book that his troubled past comes to light. Dane has a lot to overcome and it will be a long time before he is back to being a productive citizen, but with Amy and her new found independence, the two of them just might set the world on fire.
The story is heart wrenching but watching the two main characters learn from one another and grow emotionally strong as a result was very satisfying. As a person that has begun to burn out on the New Adult genre, this one rises up above all the rest and gives me a little more faith in this category. Contemporary Romance lovers and even Women's fiction readers could enjoy this one, even if the characters are college aged. The characters act their age, but these are not spoiled college brats complaining and full of angst. This is a much more serious novel and I hope people will sit up and take notice of it.
There were a few weak points involving the relationship with Dane's father. This part was not explored enough for me and I was a little mixed up about some of this part of the story.
So, I will grade this one with an A and go with 4.5 stars- rounded to five.