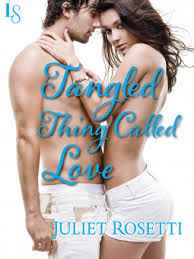 Tangled Thing Called Love ( Life and Love on the Lam #3) by Juliet Rosetti is a 2014 Loveswept publication. I was provided a copy of this book by the publisher and Netgalley in exchange for an honest review.

As usual for Mazie, life has thrown her another curve ball. Ben went off to L.A. to pursue his dreams of being a big time photojournalist. The longer he is away the fewer the calls and emails become until one day Mazie calls Ben only to have another woman answer the phone. To top it all off, Mazie loses another job. What to do next? Well, Mazie heads back to her family farm in Quail Hallow. Her grandmother has been put in charge of her twin grandsons while their mom and dad await the arrival of another child. Little does Mazie know that Ben is hot on her trail and it's a big surprise when he shows up at the farm.
When talk of a local girl that went missing many years ago and was never heard from again, gets Ben's attention, he decides that while he is here on the farm he may as well do a little investigating into the cold case. Meanwhile Mazie finds herself entering a beauty pageant that is allegedly cursed.
Maize and Ben are always on a different page in their lives, but somehow they can't seem to stay away from one another. Ben has been surrounded by starlets and Mazie is convinced he cheated on her, but she can't deny they still have a physical attraction that is hard to pass up. Ben has Mazie tempted to give in to his repeated sexual advances despite the emotional issues that came between them. However, the case Ben and Mazie decided to look into and the twins keep Ben and Mazie too busy to get their relationship issues resolved.
This is another wonderfully hilarious installment in the life and times of Mazie McGuire. Ben gets a chance to meet some of Mazie's relatives, live life on a farm, and help solve a cold case. Mazie is being sabotaged repeatedly when she finally gets clearance to compete in the Quail Hollow beauty pageant. Someone is trying to make sure she doesn't have a change to win. This leads to Mazie getting an orange tan and many other catastrophes.
The banter between Mazie and Ben is still sharp and witty, the twins were all boy and a handful but they were also fun to be around, especially for Ben, who decided that he and Mazie would have girls... LOL!
All is well that ends well and it looks as if Mazie and Ben are back on solid ground...at least for now!
I love this series !!
This one is an A! (4.5 stars) 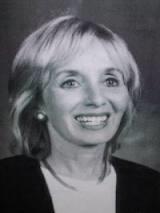 Juliet Rosetti grew up on a Wisconsin farm. She has taught school in Milwaukee and in Sydney, Australia, where her duties included coaching cricket, a pretend sport invented by Monty Python. Her work has appeared in The Milwaukee Journal, Chicago Tribune, and in many other publications. She is a past winner of Wisconsin Magazine's Wordsmith Award for nonfiction. Currently she lives in Oshkosh, Wisconsin (motto: Oshkosh: more than a prison, a landfill, and 40 million construction barrels), and is writing the second book in the Mazie Maguire series.
My website is still a work in progress, but you can check out my blog at JulietRosetti:Schnibbles. 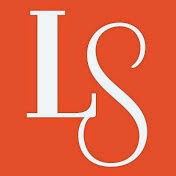