Deathscape by Dana Marton
My rating: 4 of 5 stars

Deathscape by Dana Marton is a 2012 publication.
BOOK BLURB:
After a near-death experience, artist Ashley Price is compelled to paint visions of the dead, and fears she's gone crazy. Then she paints a man buried alive and, recognizing the surroundings, she rushes to save him.

Instead of being grateful to her for rescuing him, Detective Jack Sullivan accuses her of being in league with a serial killer. He swears he will put her behind bars. Except, the more time he spends with her, the more he falls under her spell. Can he trust her, or is he walking into another deadly trap?

This book is a fast paced romantic suspense novel that examines the effects on a person when they are a victim in one way or another of a crime. Ashley is practically a hermit, incapable of taking care of her daughter and Jack is a man that lost his sister to a serial killer and now he is unable to live life normally. His obsession leads him to believe that Ashley could somehow be involved with the killer when he finds her collection of macabre paintings. Ashley and Jack are both at risk of becoming the next victim. Jack's character flaws lead him to think the worst of people and to bend the rules and treat people unfairly. He slowly comes to realize he has been wrong about Ashley and understands he has a lot of changes to make in his life. He also is realistic enough to know he may never really be normal , but is willing to try for Ashley.
Ashley's ordeal will teach her to face her worse fears and realize she wil be able to cope with her past and live a productive life and be a good mother to her daughter. Ashley and Jack accept that they will still face many challenges, but they will love each other just the way they are. So, the in summary, I enjoyed the character development, the suspense, and the touch of paranormal elements mixed in. I give this one 4 stars. 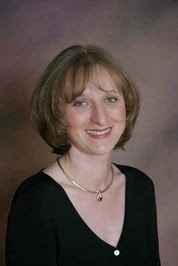 Dana Marton
url
https://www.goodreads.com/Dana_Marton
website
http://www.danamarton.com
twitter username
danamarton
genre
Romance, Suspense, Thriller
ABOUT THE AUTHOR:
Dana Marton writes fast-paced action-adventure romances that take her readers all over the globe. She is a Rita Award finalist and the winner of the Daphne du Maurier Award of Excellence. She loves writing stories of intrigue, filled with dangerous plots that try her tough-as-nails heroes and the special women they fall in love with. Her books have been published in seven languages in eleven countries around the world.