THE PRICE OF SANCTUARY BY GAYLON GREER SPOTLIGHT + GIVEAWAY 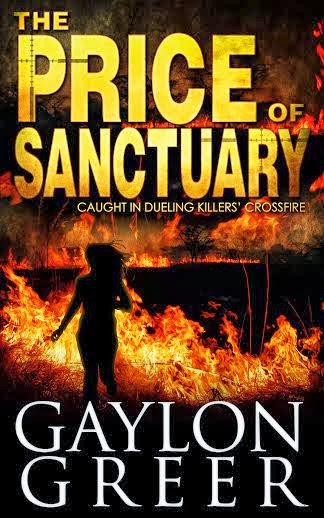 
Accustomed to a life of privilege, Shelby Cervosier new finds herself running for her life. Accused of killing an American Immigration agent, Shelby has undertaken a mission on behalf of a secretive American espionage agency in exchange for a promise of legal amnesty and political asylum in America. Now, however, the agent who coerced her into accepting the assignment wants her dead to cover up the bungled mission. Two hit men compete for the bounty that has been placed on her head.


Shelby and her younger sister flee into America’s heartland in search of a safe haven. They find only fear and danger, however, when they are captured by one of the assassins, Hank.


Prepared to do whatever it takes to keep her sister safe, Shelby cooperates with her capturer. Deciding that his feelings for them are more important than bounty money, Hank takes the sisters under his wing and secrets then away to his hideout: a farm in a remote corner of Colorado. They become a part of his extended family; they have finally found sanctuary.


Their safe new world is shattered when the second hit man, a relentless psychopath, captures Shelby’s little sister and uses her to lure Shelby and her lover into a middle-of-the-night showdown on an isolated Rocky Mountain battleground.

Sucking short gasps of air, her face screwed into a wild-animal snarl, Shelby tried to claw his face. Failing that, she dug at his windpipe.


Hank released her hair and captured both her wrists in one hand.


She raised her head to bite his chest.

"Christ!" He tossed the pistol aside and banged her forehead with the heel of his newly freed hand. Her head hit the mattress. He fisted her hair again and held her there, boiling anger threatening to erupt into rage.

She wrenched an arm from his grasp. Bucking and twisting, pounding his shoulders and chest, she tried to dislodge him. "Get . . . off . . . me."

With his bulk pressing her into the mattress, he absorbed the blows she rained on his chest and shoulders and waited for exhaustion to calm her. Disgust with himself for carelessness mixed with his anger at her for lashing out. But she was doing what he would have done under the same circumstances: making a last-ditch stand, putting everything she had into a final shot at survival. He'd given her the opening by growing lax, by letting his doubts about the job get in the way of professionalism.

His anger cooled further as her thrashing slowed. Her blows lost force, and he knew it was over. Stupid to feel a sense of betrayal over the attack, since she couldn't know he'd been thinking about setting her free. He would have had less respect for her if she had given up easily.

Another feeling edged in, a tide of warmth spreading from where their bodies pressed together. Shamed by his lust for a helpless foe, he loosened his hold and shifted to take his weight off of her. 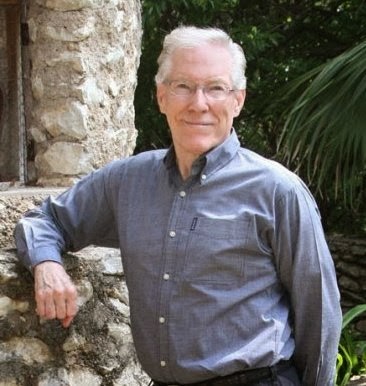 
Working with traveling carnivals and itinerant farm labor gangs during his teen and early adult years took Gaylon Greer up, down, and across the United States and introduced him to a plethora of colorful individuals who serve as models for his fictional characters. A return to school in pursuit of a high school diploma while serving in the Air Force led to three university degrees, including a Ph.D. in economics, and a stint as a university professor. After publishing several books on real estate and personal financial planning, as well as lecturing on these subjects to nationwide audiences, he shifted his energy to writing fiction. Gaylon lives near Austin, Texas.