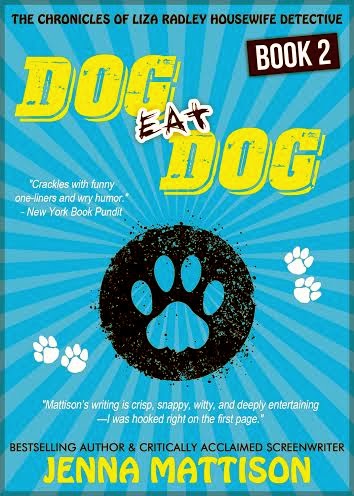 Book Two of the Eye Spy, Chronicles Of Liza Radley Housewife Detective, series brings back the antics of Liza & Jack in Dog Eat Dog. The two are knee deep in dognappers and heiresses at their newly opened Crimes Of The Heart Detective Agency. In between their investigations the will they or won't they drama of their complicated relationship is still front and center…and in the middle.


A wise man once said, "Sometimes you're the windshield. Sometimes you're the bug." Today, I'm the bug. I’m Liza Radley, an ex-housewife turned private eye whose first unofficial case was investigating my cheating husband Bernie, the balding podiatrist. Not the way I would’ve chosen as an introduction to the profession, but here I am running Crimes of the Heart Detective Agency out of a storage room with Jack Parella, an ex-cop who had a ball shot off in the line of duty. He’s my sometime partner and sometime almost lover but so far everything’s stayed PG rated. I’d like to keep it that way. I think.

This morning started like any other with Jack bringing me down a cup of java from his loft apartment above Eye Spy, the spy shop he owns that’s attached to our detective agency by a cramped hallway. That is until a guy named Lenny Malone barged in waving a bunch of hundred dollar bills in the air, frantic that his miniature Australian shepherd had been dognapped by his future ex-wife.

We don’t normally take dognapping cases. Usually our "dogs" are the human kind. Usually male and usually humping barely legal secretaries and leaving their "scent" all over town. But that was an awfully big wad of cash Lenny was waving. Plus he argued that Jameson was his only family now so we made an exception. 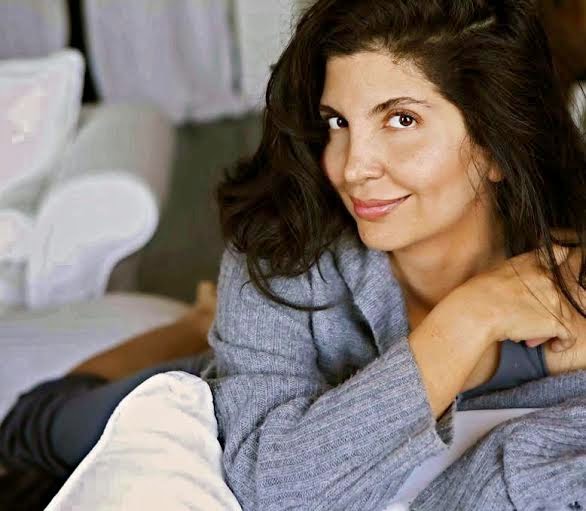 Mattison started her career in Chicago appearing on television and radio. She

feature film FISH WITHOUT A BICYCLE, a festival winning coming of age

comedy, which was directed by Brian Austin Green. "Fish" is now available on

at Blockbuster and distributed by the Hallmark Channel. Lionsgate’s FOR THE

LOVE OF MONEY, based on a true story of Jewish gangsters set in the 1970’s

Israel. In 2012 The Academy Of Motion Pictures Arts & Sciences honored

permanent collection of their library. Most recently Jenna wrote COMMITTED, a

the title Deadly Revenge. In development is GHOST STATION which she will pen

and co-produce with Michelle Weisler (The Ring, The Trouble With The Curve) to

Her bestselling debut novel The Tree Of Jesse, a paranormal romantic thriller,

was released this spring to critical acclaim and is available worldwide. Mattison’s

most recent novel Eye Spy, the first in a comedic romantic suspense series, was

released in July and hit bestseller status within the first week. Book two of the

series, Dog Eat Dog, will be released this fall.

Dog Eat Dog by J.R. Mattison ( Jen Mattison) is a 2013 Rochester publication. I was provided a copy of this book in exchange for an honest review.

Liza Radley, Housewife Detective is back for another case, this time involving a dognapper. Well, at least that how things got started. With her trusty partner, Jack, Liza opened the Crimes of the Heart Detective Agency. They need money in a bad way because rent is due and they don't have it. Before long Liza and Jack are trying to stop an illegal dog fighting ring among other things. If that weren't enough to stress anyone out, Liza's mother is laying on the guilt trips, and the tension between Liza and Jack is palpable. Frustrations sets in when Liza's sixth sense is telling her something is off and they need to investigate further and Jack thinks it might be time to throw in the towel... in more ways than one.
Dogs, romantic tension, family drama, and of course Liza's investigations all make for a hilarious romp of fast paced adventure mixed in with a feel good story. Who doesn't love dogs? Adopting an adorable dog, and saving dogs from being abused is a great story line, but there were more dangerous plots at hand too, and Liza of course is in the big middle of it. I did not have the chance to read the first book in the series, but I think I will go look it up. You don't have to read the first one to enjoy this one, but I always like to know the whole story from the beginning. In this case, Liza has sworn off men after catching her husband cheating on her, but Jack is trying to soften Liza's stance on dating. Liza and Jack have a wonderful snappy dialogue with each other, and If Liza doesn't wake up soon, I just might like Jack for myself. He's absolutely dreamy. This is a really light hearted cozy mystery, easy to read, and laugh out loud funny in some places. I enjoyed reading it and would recommend it to cozy mystery lovers, but also to chick lit or contemporary romance lovers too. Of course, as with most books that fall into the cozy genre there is no explicit sex, graphic violence, or harsh language. Adult content is PG. This one gets an A.

Jenna will be awarding a digital copy of Dog Eat Dog to a randomly drawn commenter at every stop during the tour.

FOLLOW THE TOUR FOR MORE CHANCES TO WIN!
http://goddessfishpromotions.blogspot.com/2014/01/virtual-nbtm-review-tour-dog-eat-dog-by.html
Posted by gpangel at 1:00 AM