THE MISSINGS BY PEG BRANTLEY 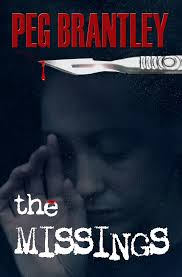 The Missings by Peg Brantley
My rating: 4 of 5 stars

The Missings by Peg Brantley is 2012 Bark Publishing publication. I was provided a copy of this book from the publisher and Netgalley in exchange for an honest review.
In Aspen Falls, Colorado several hispanic residents have gone missing and now a couple of mutilated bodies have been found, also of hispanic heritage. Chase Waters is assigned the case and begins to think these killings could be the work of a cult. The more he learns though, the more it appears that organs are being harvested and sold.
Ironically, Chase and his wife have lost a son who became an organ donor. At the time Chase didn't care much about the specifics of organ donation such as blood typing etc. Now he gets a lesson on the subject. He also learns a lot about the hispanic community and his own failings and preconceived notions. The issues in society involving immigration, the rich opposed to the poor, the language barriers to name a few, are explored, but we aren't hit over the head with it. The issues are laid out as a fact of life and gives the reader a lot to think about. The darker sides of human nature such as greed and the lack of respect of all human life is explored.
The novel also explores areas of the investigator's personal lives. Chase's wife, Bond, has finally come to a place in her life where she can deal with something that happened to her many years in the past.
The other characters were also well developed and professional. The crew did have a little help from a civilian on this one and perhaps a little romance develops along the way. While the civilian help might be a stretch due to protocol, in this case it was a great deal of help to have someone to walk the investigators through the hispanic community and open doors for them that otherwise would have remained shut.
When all is said and done this is a well thought out police prodecural. The horror of something like this really happening is apparently a fear people really have, making this story one that could keep you awake at night.
I have not read anything by this author previously, but I will certainly keep my eyes open for her work in the future. This one is an A. 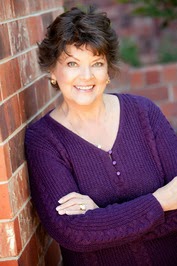 About this author
A Colorado native, Peg Brantley is a member of Rocky Mountain Fiction Writers and Sisters In Crime. She and her husband make their home southeast of Denver, and have shared it with the occasional pair of mallard ducks and their babies, snapping turtles, peacocks, assorted other birds, foxes, a deer named Cedric and a bichon named McKenzie.