SEASON OF THE RAVEN BY DENISE DOMNING - A HISTORICAL MYSTERY

Season of the Raven by Denise Domning
My rating: 4 of 5 stars

Season of the Raven by Denise Domning is a 2014 Steel Magnolia Press publication.
In the year 1194 Sir Faucon de Ramis is the newly appointed Keeper of the Pleas. He just barely arrives to assume his duties when there is a suspicious death and he must determine if it was a ghastly accident or murder. The deceased man was not all that popular to say the least. He was widowed and and recently remarried, but the marriage was a bad one and so even back in 1194 the wife was the first suspect. But, Sir Faucon doesn't attempt to arrange the facts to fit a certain suspect so he can wrap up the case. As it turns out there is a lot going on in this community. The deceased had a few scandalous secrets and someone wanted those secrets to remain buried, and there were also some political implications to keep the pot stirred. Since Sir Faucon is new to the area and is still learning his way, he must be very careful who he trust and confides in.
There is also another mystery that has Sir Faucon very concerned. The body of a young girl has been found and she is not the child of anyone in the community. So, whose child was she and why was she left in Priors Holston?
If you have read any of Denise Domnings historical women's fiction novels you will be delighted to get reaquainted with a few recognizable characters that appeared in a handful of previous novels. Also if you are a fan of this author you are accustomed to romance being a part of the plot and it should be noted that this book is a historical mystery. There is no romance in this one.
I found this mystery very unique and interesting. A very difficult monk is assigned to assist Sir Faucon in the investigation. This is a wonderful partnership because each man has his own ideas and motives. The investigation, not only into the people of this villiage but in the way the death of determined to be a murder as opposed to an accident. I don't know if liberties were taken, but it all seemed pretty authentic to me. The vernicular was also has a feel of authenticity although I have no idea how people spoke back in 1194. Part of the fun in reading these historical novels is that these folks couldn't rely upon modern technology to help them solve the crime. Instead they had to get creative and use old fashioned detective work.
The book also sets the stage for the continuance of the series by introducing Sir Faucon to a very disturbing series of murders that he hope to get to the bottom of before it's too late.
I really enjoyed this one and I am really excited about the future of this series.
This one is an A. 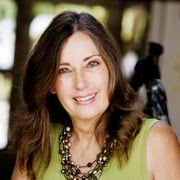 Today, Season of the Raven, A Servant of the Crown Mystery, was published on Kindle. It's my first ever mystery, set in my favorite period and place in time, 12th Century England. However my sleuth, Sir Faucon de Ramis, is no ordinary knight. For those of you who have read my Seasons Series, you'll be meeting some old friends in the upcoming books. You see, Faucon (Pery to his family) is the cousin of Gilliam and Geoffrey, step-cousin to Rannulf and Temric.

'Nuf said. I hope you enjoy it!