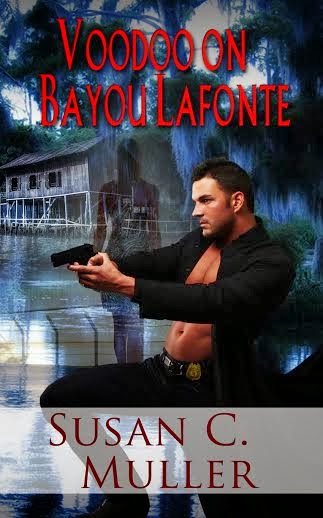 Gabby didn’t speak on the way to Sherri Lynn’s, the next stop on their interrogation route. Her hands were shaking and her voice probably was, too. Besides, what could she say to Remy? You shouldn’t have beat up that guy? That would have been a lie. The creep deserved everything he got. I didn’t know you could do that? Maybe. At least that would have been the truth. You shouldn’t have told Dan to shut his trap or called him a walking piece of shit? That was very true. Dan Cryer never forgot, and he never forgave.


Oh, and by the way, for someone who seemed so eager to sever the marital connection, when did I become your wife again?
She clasped her still-trembling hands in her lap and stared out the front window.

Remy didn’t take his eyes off the road as he spoke. "Would you like to get a cup of coffee, something to eat, before we try the next girl?"

Eat? How could she eat? Her stomach was in knots and her heart was about to punch a hole in her chest. "Don’t you think we should try to get to Sherri Lynn’s before Claudine or her father decides to call over there?"

"Claudine’s not going to say anything, not for a long time. And Dan is inside changing his underwear and trying to convince himself the last fifteen minutes never happened. The last thing he’ll ever do is tell anyone. Right now we’re both upset, and Sherri Lynn is our last chance. We need to calm down before we face her."

Gabby sighed. Remy was right. They did need to settle down. "Papite’s is still on Pecan Street, and they still make the best shrimp po’boys in three parishes."

They didn’t speak again until they were settled in a high-backed booth in the far corner. The vinyl seats were cracked and held together with duct tape, but their voices couldn’t be heard over the hum of the air conditioning unit. No point letting the whole parish in on their discussion.

She waited until the waiter left with their order before broaching the subject she’d debated sharing with Remy. "Starting something with Don Cryer might not have been the best idea. He’s not a very nice man and he holds a grudge."

Remy flashed her a cocky grin. "You haven’t been around me much over the last years, but I can be a badass myself, if need be. I don’t hold a grudge, but I don’t put up with shit, either. Cryer pointed a loaded gun at us. If I’d backed down, I’d have lost the respect of every man for a hundred miles, and no one in this parish would have told me anything. I don’t care about popularity, but I do intend to find my daughter, and that takes information."

Gabby felt a knot form in her stomach. Just like always, Remy wasn’t listening to her. "Did you see that house? And the land it sat on? The place must be worth millions. Dan didn’t get that playing by the rules. Now there’s rumors Dan’s bringing drugs in from Texas, maybe even New Orleans and Baton Rouge. You can’t find Adrienne if you’re dead. And even if he doesn’t kill you, Adrienne and I have to live in this town after you’re gone."

Oops. Had she really said that? She sank back against the cushions. Well, it was true. Like before, Remy would rush in, think he had to save her, and just when she got used to having him around, he’d be gone. And she’d have to learn to live without him all over again.

"Is that what this is about, the elephant in the room? I’m sorry I called you my wife. If it insults you that much, I’ll go back and retract the statement."
MY REVIEW:

Voodoo on Bayou Lafonte by Susan C. Muller
My rating: 4 of 5 stars

Voodoo on Bayou Lafonte is a January 2014 Soul Mate Publication. I was provided a copy of this book in exchange for an honest review.

When Remy gets an urgent phone call from his ex-wife, Gabby, telling him their teenage daughter, Adrienne has gone missing, he leave Texas and head back home to Louisiana to find his daughter.
Being is law enforcement, Remy has a little help from some old friends. That's a good thing, because they sure aren't getting much help for the local authorities who are saying the girl probably just ran away.
When Remy begins asking questions he continues to hear rumors about dark voodoo practices. He and Gabby are puzzled by the rumors at first. However, it is beginning to look more and more as though Adrienne has fallen victim to some kind of crime and not only that, she is in far more trouble than they originally thought.

This was a good paranormal romantic suspense novel. I enjoyed reading about characters I felt I could relate to. I have lived in Louisiana and now live in Texas, so I was sort of familiar with the setting. I could envision the humidity, the swamps and the wonderful dishes Gabby cooked up.

I enjoyed the romance between Gabby and Remy who are reunited after a divorce. Each made mistakes when they were younger and each have held on to bitterness and placed blame on one another unfairly. Now as adults it might be possible to forgive each other and make a life together, but first they have to find their daughter and get out of a spooky situation alive.

Although, dark voodoo practices were responsible for certain paranormal happenings, good old fashioned crime and greed also played a big part in the story.
Overall this was a well rounded novel which would appeal to lovers of paranormal romance and romantic suspense/ mystery. Overall I give this one an A. 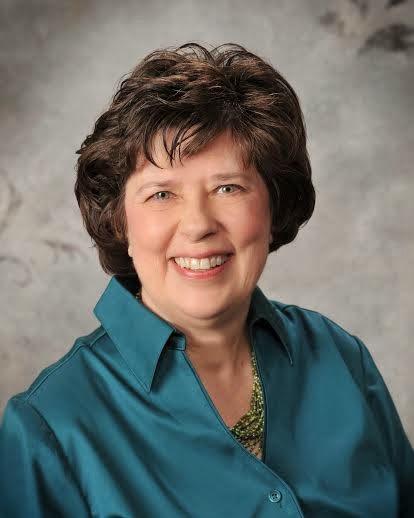 Susan C. Muller is a fourth generation Texan. She attended Stephen F. Austin State University where she studied creative writing. Her novel, The Secrets on Forest Bend, has won several awards. The next novels in her Occult series,The Witch on Twisted Oak and Voodoo on Bayou Lafonte, have received excellent reviews..

She enjoys speaking to book clubs and writer’s groups.

She loves to travel and has been fortunate to see much of the world. Her favorite places include Kenya, New Zealand, and the Galapagos Islands. She has been to every continent except Antarctica. She has been spotted shopping for a heavy parka, just in case.
When not writing, she can be found doing volunteer work at a local hospital. Her hobbies include reading, traveling, snorkeling and taking long walks.
She can be found at: www.SusanCMuller.com