SPIRITS OF CHRISTMAS BY NICKY WELLS 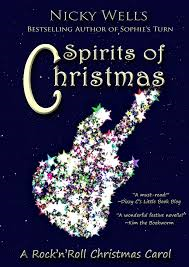 Spirits of Christmas: A Rock 'n Roll Christmas Carol by Nicky Wells is a December 13th release. I received a copy of this book from the author in exchange for an honest review.

Jude and his band The Blood Roses have just been booed off the stage. The band no longer has any chemistry and Jude blames his band mates.
To put the cherry on the cake, Jude discovers that his long time and long suffering girlfriend, Carrie left him with no goodbye, no note or fair thee well.

Then Jude is visited by the forewarned ghost. Then of course he is visited by the ghost of the past, present and future. (All of these ghost may take on characteristics of a rock hero you recognize in some way, but there are no names used.)
Jude sees himself starting out with The Blood Roses and their eventual success with the world at their feet, all the way through to his ill treatment of Carrie and his band mates, to being booed off the stage. But, will Jude fall prey to the clichéd ending of the rock star lifestyle? or will he try to mend his ways after seeing what a jerk he has been and how he ruined his chances with Carrie and the band.

This novella is like Charles Dickens meets Spinal Tap. The cautionary tale of success then the downfall of a band due to that very success. The band argues over creative control, the girlfriend gets neglected, the bands winds up residing the "where are they now files". Combine that with the cautionary tale of Charles Dickens', A Christmas Carol, and you have .... A Rock 'n Roll Christmas Carol.
A Christmas Carol is a story that has been done over so many ways you couldn't name them all, but somehow the story never gets old. If you like Rock Star romances, A Christmas Carol or both then you won't want to miss this one.
This one is a B+ 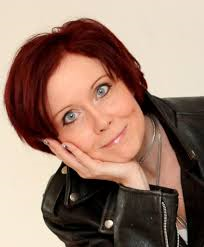