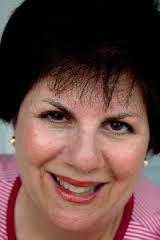 It is my  pleasure to welcome bestselling author Susan Sloate to my blog today. Thank you so much for taking time out to visit today and answer a few questions about your newest novel "Stealing Fire".

Susan is the author or co-author of more the 20 books, including "FORWARD TO CAMELOT"  (with Kevin Finn), which in it's original edition, became a  #6 Amazon bestseller, took honors in 3 literary competitions, and was optioned for a film by a Hollywood production company. The new revised edition, "FORWARD TO CAMELOT: 50TH ANNIVERSARY EDITION" will be published in October by Drake Valley Press. "REALIZING YOU" (with Ron Doades), is a new genre all together: The Self Help novel. It too will be published this fall. Susan has also written 17 Young Adult books, including 5 biographies, a history of Alcatraz, a book about baseball, one on pre-teen fashion, and entries in 4 different girls' book series. She has been a sportswriter, and a screenwriter, has managed two political campaigns, and currently serves on the Culture, Arts, and Pride Commission of the town of Mount Pleasant ,SC. 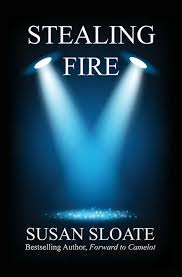 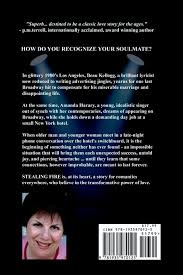 Why did you choose New York for the backdrop for STEALING FIRE ? Why the 1980's?

The answer to both questions lies in the fact that STEALING FIRE,  more than any of my books, is deeply personal. It is about a relationship I actually had in the 1980's and when I started writing it, I was still in the middle of it.  I actually started writing to try to understand it. But, I knew I wanted to make it fictional, so I grabbed for the first background I could think of, and what came up was New York and the Broadway musical theater, which I always loved. I don't think I consciously chose it- it just presented itself in my mind, probably because I spent years in theater workshops and knowing the musical theater, so I used it. The real relationship actually took place in L.A., where I happened to be living at the time.

Have you found that most people believe in soul mates? Do you believe in them?

I certainly do, because I had the experience of connecting with someone so powerfully and completely that he could only be a soul mate. And I've talked to a lot of people who declare they absolutely believe in soul mates- and some of them with no experience to back up that belief. On the other hand, I love talking to people who've met their soul mate, because it's just more confirmation for me that soul mates exist!  I also believe you can have more than one soul mate in your life, that friends, family members, etc. can also have deep soul ties with you. It doesn't have to be a romantic tie. It happens with identical twins all the time. It happens with friends of the same sex. There are people you just feel totally yourself with, totally happy with. And you want to be with them all the time.

This story is so powerful, partly because of a song that your heroine hears in childhood that stays with her throughout her life. Where did you get the idea for that? Did something similar happen to you?

Yes; in fact it happened in this real life relationship that was the basis for this novel.  One night when I was about 15, I came home late from babysitting, I was too hyped up to sleep, and I turned  a late movie on TV. It was just starting, and was this wild comedy I didn't really understand. So, I watched about 15 minutes and then went to bed.  But, it stuck with me, and years later, when I met the guy I fell in love with, I found out it was his screenplay from his own first novel, which had been an unexpected bestseller and award-winner. So, I was aware of that tie from the beginning.

Do you agree with Beau's assessment of Broadway musicals in the 1980's?

I sure do.  I was NOT impressed with the Andrew Lloyd Webber musicals, though they made big money.  I never felt they had strong books or well drawn characters, that it was all about spectacle and flashy productions, and consequently, as a theatergoer I was bored. I remember seeing EVITA on Broadway just a few nights after seeing SWEENEY TODD (by Stephen Sondheim).  SWEENEY TODD knocked me out; it was brilliant, it was dimensional, it had a great story and wonderful music. EVITA had a big production and lots of brass in the orchestra. Luckily, though, it also had  Mandy Patinkin playing Che, and it was worthwhile to see it just to see him. But CATS was nothing but a revue, and not even very interesting. That was all about the costumes, makeup, and lighting. (During intermission I remember they invited the audience on stage to look at the sets and costumes close up.) PHANTOM had a terrific, classic novel to adapt from, but it seemed to me they got the stage story wrong anyway. ( Yes, I'm picky about the theater!)  So, yes, I agree with Beau, but it was also an important story point that he feel like a fish out of water in a medium he had once been brilliant in.

Do you think May-December romances are stronger or are they unfair to the younger party? Do you think age really matters?

I think it depends on entirely on the two people involved. I know of one May-December romance that started years ago, the couple married, and they are still going strong. In fact, the husband unabashedly declares that his wife is his soul mate.  In other cases, it's a passing thing. If they're unfair to the younger party, it's only because time can be so cruel, and they'll have to realize they have less time with their lover than someone closer to their own age. But, the rewards can be tremendous, and lasting. And I certainly think age shouldn't matter; there's such a thing as people with old souls, and my heroine Amanda certainly has one.  She's more at home with older people than with her own generation. There are lots of people like that, and older people who are really young at heart.

Are you a fan of Broadway musicals?

Oh, gosh, can you tell? <grin> Sure! I've been hearing musicals all my life, watching them, performing in them,  I love show music, and I figured out recently that I can sing entire scores from about 100 shows. It's pretty scary when you think how much repetition goes into  memorizing all those songs! But  the good news about that is that I had so much material at my fingertips when I was writing STEALING FIRE.  I knew so much about it that I could draw all kinds of obscure references that I hope musical-theater buffs will enjoy.

Do you have any advice for people trying to become an author today?

I would say- read like crazy, and learn your craft. That doesn't necessarily mean going for a master's in creative writing. I think you can learn so much from reading  good work, from studying classic structure ( I did take a class for that, and it was the most valuable class I ever took!) , from learning understated really good writing is. Let your characters' actions tell the story, that and the contrast between their words and their actions. That's very telling. That's my objection to a lot of romance writing; it's overblown, too florid, the dialogue has no undercurrents, and the transitions between emotional beats are too quick, so it becomes melodramatic and consequently, not very good.  Writing is a craft; if you want a career, learn the craft. And keep working at making yourself better.

I read both fiction and nonfiction, and I'm always curious to learn something new.  I'm crazy about writers like Daphne du Maurier and Dick Francis; she was brilliant at setting mood and evoking a place and time, while he had such a strong moral undertone to his stories, with characters who are so vivid and believable, and heroes who are really heroes. I also love that he did great research on his books, so when he wrote about painting or glass blowing or horse breeding or flying, you got a lot of good information on the subject. I love books like OF HUMAN BONDAGE ( one of those books that can teach writers about writing), CAPTAIN NEWMAN, M.D. ( one of my all time favorites), and TWO LUCKY PEOPLE, the funniest book, hands down, I've ever read in my life. I also read a LOT of books about the JFK assassination, as my upcoming novel, FORWARD TO CAMELOT: 50th Anniversary Edition ( co-authored with Kevin Finn), is  a time-travel novel about saving JFK from assassination. So, the subject always interest me.

What are you working on next?

I have two other books coming out this fall. FORWARD TO CAMELOT has just become available, and REALIZING YOU ( with Ron Doades), a self- help NOVEL (yes, we invented a genre), will be out around October. The next novel I'll finish after those will be either a sequel to CAMELOT ( which has been in the works for years) or a novel call THE CAMPAIGN TRAIL,  about the relationship between a campaign manager and her candidate. Both of those books will be published shortly; I just haven't decided which will be first. I have some young adult book series in the works as well.

How about the quote that gave me title STEALING FIRE ? I've always love it:

"To love one who loves you.
To admire one who admires you,
In a word, to be the idol of one's idol,
Is exceeding the limit of human joy,
It is stealing fire from heaven."
Delphine de Girardin