A BORN VICTIM BY R.P. ROCHFORD

A Born Victim by R.P. Rochford
My rating: 4 of 5 stars

A Born Victim by R.P. Rochford is a 2013 self published release. I was provided a copy of this book by the author in exchange for an honest review.

"I believe all suffering is caused by ignorance. People inflict pain on others in the selfish pursuit of their happiness or satisfaction"- Dalai Lama XIV

A Born Victim begins with the story of Gill. Gill is a single mother of two and if it weren't for bad luck, she would have no luck, as the saying goes. Gill has been a victim of abuse from childhood all the way up to the present where she is now being bullied in the workplace.

Her boss informs her she is a distraction and fires her, only to take her to his place and coerce her into bed.

Gill can't find work in any other way now but as a house cleaner.

Meanwhile, there have been a some very sadistic murders of young women and Mike Watson and Lucy Taylor are investigating.
Mike has uncovered some gruesome cyber crimes that involves abusing women and somehow this connects to the murdered women and to Gill.

When it becomes apparent that Gill is the target of a murder plot, a man she works for gets drawn into the melee when his house is the location Gill nearly gets murdered. Now on the run, it's a race against the clock as Mike and Lucy attempt to connect the dots and track down the team of sick sadist responsible.

This mystery/thriller never has a dull moment. Not only is this a mystery with a great deal of action and depth, but it deals with some of today's most disturbing crimes involving the internet and cyber crimes.
This book is not for the faint of heart. Some of the crimes are just sick.
I found myself sitting up in a rigid position while my stomach was in knots wondering who to trust and whether or not Gill was going to survive this odd situation she found herself in.

I was also impressed with the contrast the author used to show the difference between evil, perverted men and the good guys. The character of Greg, the man Gill cleans for, is an example of how one good positive relationship can make all the difference to a person that has never known a man to really be respectful and gentle and caring.

We were also given a bit of a psychology lesson on why society, or rather some in society, have such a low opinion of women and treat with them as second class citizens that do not need to be respected.

The author not only thrilled us with a very imaginative plot, but touched on some issues such as workplace bullying, domestic violence, and cyber crimes.

The writing was paced just right to build suspense and character development. We watch as Gill begins to realize she is a person that is due respect and that she has the strength within to stand up and fight against those that try to push her around.

Overall this one is a good solid A. 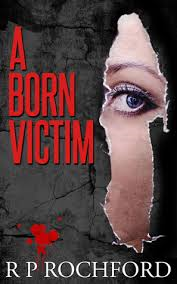