My rating: 5 of 5 stars
The Hunter by Monica McCarty is a Ballantine/Random House publication set for a June 2013 release date. Wow! This was a really good Highlander Historical romance. Ewan Lamont is a proud, honorable member of the Highland Guard. Ewan is determined not to end up like his father, a man that had caused a scandal by marrying for love no matter what the cost. Ewan didn't really think a great deal about women. He was more concerned about preserving his clan and lands that he blamed his father for losing. He was loyal to Bruce and fought the English. But, when he encounters a nun in a dangerous situation, he is determined to see her to a safe place despite her protestations. Along the way he finds himself fighting an attraction to the nun. The two have a hot and cold relationship until they are finally separated. But, the two are destined to encounter each other time and again. Janet has been presumed dead for three years. She wears the disguise of a nun and works as a courier. She fully intends to eventually become a nun so she can continue her work, which she would have to give up if she ever married. To her, marriage was like a death penalty and she intended to avoid it at all cost. That is until she meets Ewan. While both are determined to do their jobs, they find themselves in dire danger from the enemy and from falling in love. Will history repeat itself for Ewan?  This was an absorbing story with intrigue and danger either in the fore front or lurking in the background at all times. The back and forth between Ewan and Janet was sharp and funny and at times emotional. Two very determined adults  have all they hold dear on the line as they fight for their leader and their personal values as well as for the love that is forbidden. I really, really liked this one. You will finish this book with a big smile on your face. I also enjoyed the author's notes at the end which detailed some of the history the story was built around. A+ all the way. Thanks to the publisher and Edelweiss for the ARC. 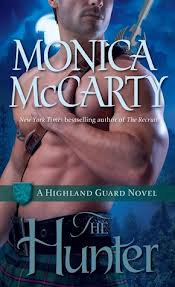