5 of 5 stars
This book was provided for me by Harlequin MIRA and Edelweiss. The book was published in March 2013. This book is a thriller/mystery with just a mild touch of romance.  Abby's daughter Lindsey and her husband Nick head off to Hill Country in Texas for a camping trip. Abby is looking forward to a little time to herself. But, when her daughter calls from a gas station sounding scared and crying, and then is disconnected, Abby panics. Heavy rains have fallen in Hill Country causing flooding and people died. All those were eventually accounted for except for Nick and Lindsey. Now Abby is having a terrible time coming to terms with the situation. She falls into a black depression, unable to even function. Her mother, mother-in-law , her son Jake, and her good friend Kate all try to be supportive, but they want Abby to give up hope of ever finding out what happened to Nick and Lindsey. <br />Nick is an enigma. He is a principled lawyer, but is also under suspicion of embezzlement. He had been under a lot of pressure before he took off on the camping trip. The cops seem to be treating this disappearance a little differently even though Nick had been cleared of a all charges. Jake is Abby's college aged son. He and Nick were at odds with each other over Jake's career choices. Jake is so worried about his mother but he is also an enigma. Does he know more than he is telling his mom? This storyline is always absorbing for me. When someone disappears without a trace and the family is left in a kind of limbo wondering if they should move on, but unable to without knowing what happened one way or the other. While Nick's law firm is ready to take measures to move on without Nick and Nick's mother also wishing to have some kind of memorial service for her son, Abby resist taking these measures because it would be admitting they were dead. It would be incredibly hard to give up on your husband and daughter even when the evidence is making it clear that something bad happened and they aren't coming back. Nick harbored many secrets and now everyone is Abby's life seems to hold a piece to the puzzle, but unable or unwilling to help her find closure, while pressuring her at the same time to move forward and start a new life for herself. The story peels back a layer at a time the relationship between Abbey and her husband and the friendship between herself and Kate and the situation with Nick's law firm. The story has an unsettling atmosphere. The weird way people treat Abby, her son's support, then his withdrawal. The secrets Nick had, the police investigation, the reporter stalking Abby, and Abby's flashbacks of her life with Nick and her past with Kate had me riveted. I rarely ever let a book keep me up late at night unable to  let it go until the next day, but his one did. I just couldn't stop until I knew what had happened to Lindsey and Nick. The ending is shocking and I never saw it coming.  I would recommend this book to lovers of mystery, suspense and psychological suspense. A+ 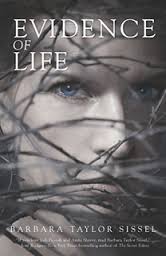