Killing Time by Cindy Gerard is a romantic suspense novel, published in January,2013 with 420 pages and published by Pocket books/ Simon and Schuster.Eight years ago in Afghanistan, Operation Slam Dunk went terribly awry. People were killed and Mike Brown was blamed because he disobeyed a directed order. He was given a dishonorable discharge. Now he runs a shady cargo business in Peru. One night out of the year, Mike falls off the wagon and gets drunk and remembers the men that were lost eight years ago.Eva Salinas lost her husband in Operation Slam Dunk. She has believed the reports about Mike Brown and so she follows Mike to Peru, drugs him and ties him up and demands answers. When the two of them start talking , Eva realizes she misjudged Mike. But, they still don't really know what went wrong eight years ago. When Eva shares her information with Mike they discover a plot that involves a crazy militia group and a dangerous drug cartel.<br />They also discover an undeniable attraction to each other. This is the first book in the One Eyed Jack series. The book starts off with a bang and never slows down.  I love military guys and the loyalty they have for  their teams and their families. I also like a strong female character that isn't bowled over by the alpha male type. Eva is a smart lawyer and doesn't back down when the going gets tough. I thought she and Mike were perfectly paired.The action and suspense was tense and absorbing, making it impossible to put the book down. There was also an emotional aspect to the story when the remaining members of Mike's team was informed of the conspiracy. In the end the story all came together for the perfect HEA!This one gets an A-Thanks to Edelwiess for the advance copy. 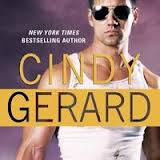