A Thousand Steps by T. Jefferson Parker- Feature and Review 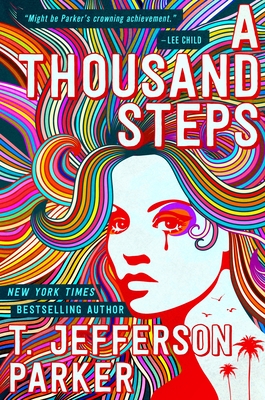 ABOUT THE BOOK:
A Thousand Steps is a gripping thriller, an incisive coming-of-age story, and a vivid portrait of turbulent time and place by three-time Edgar Award winner and New York Times bestselling author T. Jefferson Parker.Laguna Beach, California, 1968. The Age of Aquarius is in full swing. Timothy Leary is a rock star. LSD is God. Folks from all over are flocking to Laguna, seeking peace, love, and enlightenment.Matt Antony is just trying get by.Matt is sixteen, broke, and never sure where his next meal is coming from. Mom's a stoner, his deadbeat dad is a no-show, his brother's fighting in Nam . . . and his big sister Jazz has just gone missing. The cops figure she's just another runaway hippie chick, enjoying a summer of love, but Matt doesn't believe it. Not after another missing girl turns up dead on the beach.All Matt really wants to do is get his driver's license and ask out the girl he's been crushing on since fourth grade, yet it's up to him to find his sister. But in a town where the cops don't trust the hippies and the hippies don't trust the cops, uncovering what's really happened to Jazz is going to force him to grow up fast.If it's not already too late.
LISTEN TO AN EXCERPT:
MY REVIEW:

A Thousand Steps by T. Jefferson Parker
My rating: 4 of 5 stars

A Thousand Steps by T Jefferson Parker is a 2022 Forge Books publication.

Set in Laguna Beach during the late sixties, this novel follows a teenage Matt Antony as he searches for his older sister, Jasmine, aka, Jazz, who has suddenly vanished.

Matt has a lot on his plate- his brother is winding up his tour in Vietnam, hoping to make it home alive, and his mother is falling deeper and deeper into the drug scene, leaving Matt to fend for himself.

Fearing his sister has met the same fate as a popular girl whose body was recently found after having gone missing, Matt navigates the LSD fueled world of Timothy Leary, dubious law enforcement, and odd religious temples, searching for his sister, while going through the usual teenage angst of a guy his age.

When I added this book to my reading list, I thought it was strictly a mystery/thriller. A missing girl, the usual stuff for this trope, etc., but I got more than I bargained for with this one. This is just as much a coming-of-age story as it is a mystery/thriller.

Matt’s character pulls at the heartstrings, his desperation nearly palpable. His physical hunger is juxtaposed against his emotional starvation, but he really is one cool kid, as he is forced to progress from being naïve and somewhat innocent to becoming older and wiser than his years.

The mystery is mired in the strange cultural shifts of the late sixties, and the author did a terrific job of bringing the era to life- not the mythologized version- but the wild, gritty, underbelly of it.

Overall, this is a well-executed combination of both historical fiction and mystery, with a poignant coming-of-age element that stands out and sticks with you. The historical setting, the war, drugs and the cult-like groups will bring back memories for some. While it is a little before my time, I’m wondering if people still feel as nostalgic about that time now, especially when viewing it through Parker’s lens. 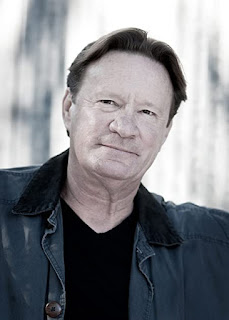 T. Jefferson Parker is the bestselling author of 23 crime novels, including Edgar Award-winners "Silent Joe" and "California Girl." Parker's next work is "Swift Vengeance," in which San Diego PI Roland Ford leads the FBI to a terrorist attack.

Parker was born in L.A. and grew up in Southern California. He studied English at UC Irvine and worked as a newspaper reporter for five years while writing his first book, "Laguna Heat" on evenings and weekends. HBO made "Laguna Heat" into one of its first original television movies in 1987.

Although the "T" is part of his legal name it does not stand for a name. It is a decorative initial put there by his parents, who once told him they thought T. Jefferson Parker would look good on the White House door.

Parker lives in north San Diego County, and enjoys fishing, hiking and just about anything outdoors.