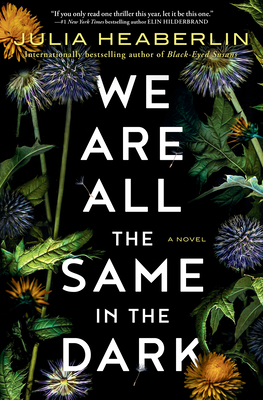 ABOUT THE BOOK:
It's been a decade since Trumanell Branson disappeared, leaving only a bloody handprint behind. Her pretty face still hangs like a watchful queen on the posters on the walls of the town's Baptist church, the police station, and in the high school. They all promise the same thing: We will find you. Meanwhile, her brother, Wyatt, lives as a pariah in the desolation of the old family house, cleared of wrongdoing by the police but tried and sentenced in the court of public opinion and in a new documentary about the crime.When Wyatt finds a lost girl dumped in a field of dandelions, making silent wishes, he believes she is a sign. The town's youngest cop, Odette Tucker, believes she is a catalyst that will ignite a seething town still waiting for its own missing girl to come home. But Odette can't look away. She shares a wound that won't close with the mute, one-eyed mystery girl. And she is haunted by her own history with the missing Tru.Desperate to solve both cases, Odette fights to save the lost girl in the present and to dig up the shocking truth about a fateful night in the past--the night her friend disappeared, the night that inspired her to become a cop, the night that wrote them all a role in the town's dark, violent mythology.In this twisty psychological thriller, Julia Heaberlin paints unforgettable portraits of a woman and a girl who redefine perceptions of physical beauty and strength.
LISTEN TO AN EXCERPT:
MY REVIEW:
e

We Are All the Same in the Dark by Julia Heaberlin
My rating: 4 of 5 stars

We are all the Same in the Dark by Julia Heaberlin is a 2021 Ballantine Books publication.

One fateful night, that would go down in infamy, Trumanell Branson and her father disappeared. Trumanell's brother, Wyatt, was found wandering around, out of his mind, and ended up institutionalized for years.

On that same night, Wyatt’s girlfriend, Odette, who also happened to be the police chief’s daughter, was in a horrendous car accident that resulted in a leg amputation.

Now Wyatt lives alone, talking to the ghost of Tumanell, and Odette has followed in her father’s footsteps.

When Wyatt finds a girl, with a missing eye, on the side of the road, who can’t or won’t speak, instead of calling the police, he assigns her the name ‘Angel’ and takes her home.

Eventually, Odette gets involved determined to help ‘Angel’, while she also works diligently to discover what really happened to Trumanell all those years ago.

While the town is convinced Wyatt is responsible, Odette isn’t convinced, but the truth may not set her free…

This is an extremely absorbing novel. It’s atmospheric, and very intense!

I added this book because I noticed some reviews mentioned it had a ‘Gothic’ feel to it. I’m a little wary of that sometimes, because what some people call ‘Gothic’ is a bit of a stretch, but yes, this book most definitely has that quality to it, and I loved it!!

I think the foreboding, the inability to trust anyone, and the way the author built the anticipation, is what kept me sitting on the edge of my seat.

But Hearberlin also put in a great deal of detail about living life as an amputee, and it’s obvious she did her homework, something I really appreciated.

Overall, this is my kind of Mystery/Suspense! I know it may have been a slow burn for some people, but it was the slow build that added all that delicious suspense and apprehension and the ‘Gothic feel’ everyone was gushing about. Sometimes good things come to those who wait… 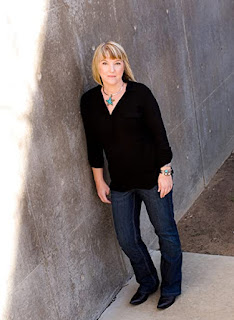 Julia Heaberlin is the internationally bestselling writer of BLACK-EYED SUSANS and PAPER GHOSTS, a finalist for Best Hardcover Novel by the International Thriller Writers Awards. Her latest psychological thriller, WE ARE ALL THE SAME IN THE DARK, has received a starred review from Publishers Weekly, which described her work as "exceptional." All of her books, including PLAYING DEAD and LIE STILL, are set in the moody, diverse landscape of Texas and together they have been published in more than twenty countries. Before writing novels, Heaberlin was an award-winning editor at newspapers that include the Fort Worth Star-Telegram, The Detroit News and The Dallas Morning News. BLACK-EYED SUSANS, a USA TODAY and a top-of-the-charts Times of London bestseller, has been optioned for television by Sony Pictures. Currently at work on her sixth thriller, Heaberlin lives in the Dallas/Fort Worth area. She is published by Penguin Random House and represented by Kimberly Witherspoon at Inkwell Management.