The Escape Artist by Brad Meltzer- Feature and Review 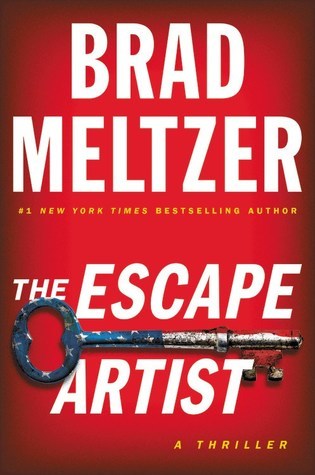 ABOUT THE BOOK:
Two hours outside of Washington, DC is the mortuary for the U.S. government's most top-secret and high profile cases. America's most important funeral home. To work there, mortician Jim "Zig" Zigarowski has one rule: never let a case get personal. But when a new body arrives--of young female sergeant Nola Brown, who was a childhood friend of Zig's daughter--Zig can't help himself. Looking closely at Nola's body, he realizes immediately: this isn't Nola. Indeed, his daughter's friend is still alive. And on the run. Zig's discovery reveals a sleight of hand being played at the highest levels of power--and traces back through history to a man named Harry Houdini. "Nola, you were right. Keep running."
LISTEN TO AN EXCERPT:
MY REVIEW:

The Escape Artist by Brad Meltzer
My rating: 4 of 5 stars

The Escape Artist by Brad Meltzer is a 2018 Grand Central publication.

Jim ‘Zig’ Zigarowski is a mortician at the most top-secret mortuary in the United States. When ‘Nola Brown’ arrives at the morgue, Zig is all set to honor the woman who once saved his daughter’s life when they were children. But the scars he knew Nola to have, are not present in this body.

That must mean the real Nola Brown is still alive. He soon learns Nola is on the run and because he feels like he owes her one, Zig starts investigating, never dreaming he would uncover a conspiracy directly related to Houdini himself…

It's been a long time since I read one of Brad Meltzer’s books. Somehow, I lost track of him over the years. I would like to get reacquainted with his work and wanted to get in on the ground floor of this series before the next installment drops.

This is a fast paced, adventurous conspiracy-based thriller, with an interesting premise, one that piqued my interest because of the link to Houdini, who has always fascinated me.

This story has some highs and lows- Zig’s throwing all caution to the wind for Nola without knowing what she was really into, and Nola’s over the top volatile behavior wasn’t always believable, but, as with all conspiracies, if one has the presence of mind to view them ‘for entertainment purposes only’, they can be fun to dissect and theorize over.

Meltzer has carved out a small niche surrounding conspiracies, and they are still as popular as ever, as Zig and Nola are about to make an encore performance soon.

I’m willing to see how the pair manages to cross paths again and what adventures they will embark on next.

Overall, this was a solid beginning to the series, and was entertaining for the most part. I wouldn’t say this was one of Meltzer’s best efforts, but I’m willing to see where it takes me. 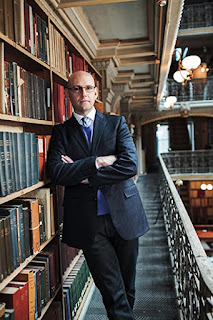 Brad Meltzer is the #1 New York Times bestselling author of The Inner Circle, The Book of Fate, and nine other bestselling thrillers including The Tenth Justice, The First Counsel, The Millionaires, and The President’s Shadow. His newest book, The Escape Artist, debuted at #1 on the bestseller list.
Raised in Brooklyn and Miami, Brad is a graduate of the University of Michigan and Columbia Law School.
His books have spent over a year on the bestseller lists, and have been translated into over 25 languages, from Hebrew to Bulgarian.
Brad currently lives in Florida with his wife, who’s also an attorney.
Posted by gpangel at 11:00 PM