The Garden of Spite by Camilla Bruce- Feature and Review 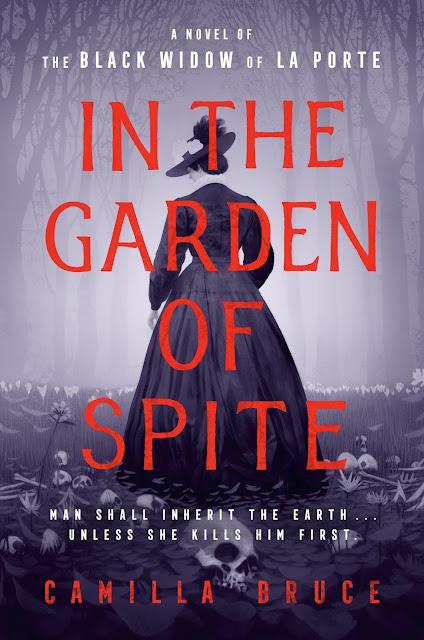 Belle Sorensen loves men.She loves them to death . . .Early in life Belle Sorensen discovers the world is made only for men. They own everything: jobs, property, wives. But Belle understands what few others do: where women are concerned, men are weak.A woman unhampered by scruples can take from them what she wants. And so Belle sets out to prove to the world that a woman can be just as ruthless, black-hearted and single-minded as any man.Starting with her long suffering husband Mads, Belle embarks on a killing spree the like of which has never been seen before nor since.And through it all her kind, older sister Nellie can only watch in horror as Belle's schemes to enrich herself and cut down the male population come to a glorious, dreadful fruition . . .Based on the true story of Belle Sorensen whose murderous rampage began in Chicago in 1900, Triflers Need Not Apply is a novelistic tour de force exploring one woman's determination to pay men back for all they have taken.

In the Garden of Spite by Camilla Bruce
My rating: 4 of 5 stars

In the Garden of Spite by Camilla Bruce is a 2021 Berkley publication.

As a young woman, Belle is viciously attacked by a former lover, leaving her irrevocably damaged, unable to have children, and deeply embittered.

Her sister, Nellie, who lives in America, gives her a chance to escape her ruined reputation- but even Nellie, who gives Belle the benefit of the doubt at every turn, can't turn a blind eye to her murderous ways…

Wow. I was not at all familiar with Belle or her true backstory until I picked up this book. This fictionalized account of Belle’s life is very well written, filling in the gaps with interesting possibilities as to Belle’s frame of mind, her manipulations, plotting, and the thrill she receives from killing.

Belle was a prolific killer- dubbed "The Black Widow of La Porte, Indiana"- using men to achieve, and further, her financial comfort.

The book switches narratives between Nellie and Belle- as one chronicles her descent into mass murder and the other continues to live in denial, rationalizing and hoping for her sister to settle- until finally she must face her suspicions once and for all.

The story is very eerie, atmospheric and edgy, despite its rather slow pacing. Bruce did a terrific job with the characterizations, painting a terrifying portrait of Belle who seemed completely devoid of a conscience, so bent on her spiteful vengeance, she completely loses any vestiges of humanity she may have once held-

While Nellie desperately searches for an explanation, some way for her to cope with, or rationalize, Belle’s criminal enterprise.

While this is a work of fiction, many truths were incorporated into the story. Belle wasn’t the most prolific female serial killer out there-apparently- but she was likely responsible for more deaths than can be proven.

This account of events is shocking and the portrayal of Belle is riveting- and of course has prompted me to look for further reading on this subject.

Overall, this might not be a paranormal or supernatural tale- but it is a good story to read close to Halloween.

Because it is based on true events, it is even more terrifying, and left me chilled right to the bone! 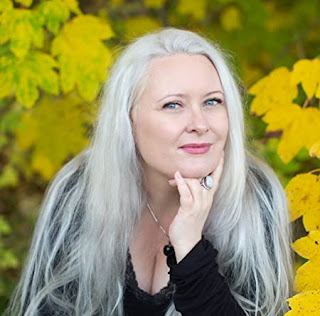 Camilla Bruce was born in central Norway and grew up in an old forest, next to an Iron Age burial mound. She has a master's degree in comparative literature, and have co-run a small press that published dark fairy tales. Camilla currently lives in Trondheim with her son and cat.