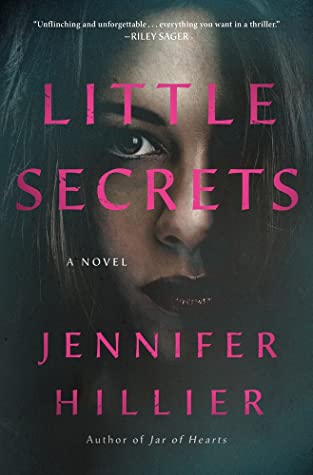 ABOUT THE BOOK:
Overwhelmed by tragedy, a woman desperately tries to save her marriage in award-winning author Jennifer Hillier's Little Secrets, a riveting novel of psychological suspense.All it takes to unravel a life is one little secret...Marin had the perfect life. Married to her college sweetheart, she owns a chain of upscale hair salons, and Derek runs his own company. They're admired in their community and are a loving family—until their world falls apart the day their son Sebastian is taken.A year later, Marin is a shadow of herself. The FBI search has gone cold. The publicity has faded. She and her husband rarely speak. She hires a P.I. to pick up where the police left off, but instead of finding Sebastian, she learns that Derek is having an affair with a younger woman. This discovery sparks Marin back to life. She's lost her son; she's not about to lose her husband, too. Kenzie is an enemy with a face, which means this is a problem Marin can fix.Permanently.
LISTEN TO AN EXCERPT:
MY REVIEW

Little Secrets by Jennifer Hillier
My rating: 4 of 5 stars

Little Secrets by Jennifer Hillier is a 2020 Minotaur publication.

This is not your ordinary missing child saga-

Marin and Derek are living a charmed life. Both have successful careers, are upwardly mobile, and even recognizable out in public. They have a beautiful little boy, named Sebastian, who is the light of their lives…

Until he’s abducted by a man dressed as Santa…

From that moment on, Marin’s life turns upside down. She goes through the motions, but has lost interest in life. Just when she thinks things couldn’t be more grim, the private detective she has hired makes an uncomfortable discovery….

Suddenly, Marin is quickened, energized again She’s got a singular mission now. She’s already lost too much- she's not about to let another woman take her husband, too-

And she’ll do whatever is necessary…

Jennifer Hillier popped up on my radar with ‘Jar of Hearts’, - a book that made me sit up and take notice. While my sophomore foray into Hillier’s dark and twisted imagination felt less raw and much more polished, it was nevertheless a tense cat and mouse thriller ride!!


The book grabbed me right from the start, but then it seemed to shift gears, and Marin begins to morph into an entirely different person, obsessing over her husband’s lover, rather than on her missing child.

Curiously, her anger is hyper- focused on the other woman, and not Derek. It was an interesting character study, and a puzzling, shocking, tense and incredibly absorbing tale.

The characters are not especially likable, but that seemed fitting to the story, although there was no one to root for, really. Redemption, though, can be equally satisfying.

Overall, a taut, twisted, crazy psychological thriller! Will be reading more Hillier books in the future! 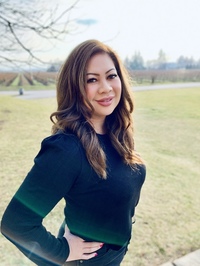 Jennifer Hillier imagines the worst about people and then writes about it. Born and raised in Toronto, she spent eight years in the Seattle area, which is where all her books are set.She's the author of six novels, including JAR OF HEARTS, which won the ITW Thriller Award for Best Hardcover, and was shortlisted for the Anthony and Macavity Awards. Her newest psychological thriller, LITTLE SECRETS, was a finalist for the Los Angeles Times Book Prize and nominated for the Anthony Award.Her seventh novel will be out in Spring 2022.Learn more about her at jenniferhillierbooks.com