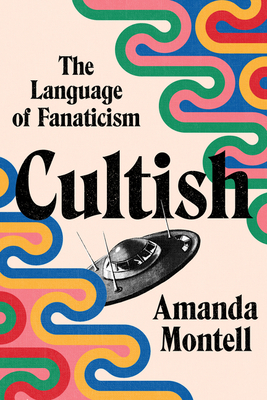 ABOUT THE BOOK:
The author of the widely praised Wordslut analyzes the social science of cult influence: how cultish groups from Jonestown and Scientology to SoulCycle and social media gurus use language as the ultimate form of power.What makes “cults” so intriguing and frightening? What makes them powerful? The reason why so many of us binge Manson documentaries by the dozen and fall down rabbit holes researching suburban moms gone QAnon is because we’re looking for a satisfying explanation for what causes people to join—and more importantly, stay in—extreme groups. We secretly want to know: could it happen to me? Amanda Montell’s argument is that, on some level, it already has . . .Our culture tends to provide pretty flimsy answers to questions of cult influence, mostly having to do with vague talk of “brainwashing.” But the true answer has nothing to do with freaky mind-control wizardry or Kool-Aid. In Cultish, Montell argues that the key to manufacturing intense ideology, community, and us/them attitudes all comes down to language. In both positive ways and shadowy ones, cultish language is something we hear—and are influenced by—every single day.Through juicy storytelling and cutting original research, Montell exposes the verbal elements that make a wide spectrum of communities “cultish,” revealing how they affect followers of groups as notorious as Heaven’s Gate, but also how they pervade our modern start-ups, Peloton leaderboards, and Instagram feeds. Incisive and darkly funny, this enrapturing take on the curious social science of power and belief will make you hear the fanatical language of “cultish” everywhere.
LISTEN TO AN EXCERPT:

Cultish: The Language of Fanaticism by Amanda Montell
My rating: 4 of 5 stars

Cultish- The Language of Fanaticism by Amanda Montell is a 2021 Harper Wave Publication.

I have not read, ‘Wordslut’, so this is my first experience with Amanda Montell. As a person with a genuine concern, and curiosity, about cults, how they operate, and what draws people to them, this book was a no -brainer for me.

It did not surprise me one bit that language is a foundation upon which cults are built. In order to understand how the cult gains its momentum, one must look at the language employed to lure people into making a dedicated commitment to whatever activity, group, organization, or religion is being promoted.

Today, the word 'cult' is used in a variety of ways, and it doesn't necessarily conjure up a sinister connotation- Like 'cult' movies, for example.

I grew up in an age of cults-and the word was not tossed about so glibly. Cults got lots of press, for good reason, and it was serious stuff.

It's a phenomenon, under any guise, that never ceases to amaze me. A con man- like Charles Manson could convince people to commit murder, Jim Jones could coax, ( or force), people into drinking poison.

Now, though, as religion has diminished in our country, instead, of the usual cult behavior centered around a religious-like belief system, no matter how fundamental or far-fetched- that same cult-ish language is showing up in other places- like in exercise and fitness groups, online influencers, and QAnon, for example.

Other than language, the biggest lure is being a part of a group or filling a need for a sense of belonging. It’s also on some level a desire to better oneself – spiritually, intellectually, and physically.

People who ‘follow’ and participate in the rituals of these groups, teams, or clubs- spout off a specific jargon unique to them, they wear the clothes, eat the food, and adhere to rigid rules- all without realizing, in the moment, they are exhibiting the same cult-ish loyalty as those fanatical religious cults in the seventies.

This book makes a strong case for the way people fall into these patterns, how language plays a role, and the way the cult-ish vernacular has invaded seemingly innocuous groups or organizations- and are often heard in motivational or marketing speeches, in our everyday world.

While, in the past, we have often dismissed cult members as having been brainwashed- the author cautions against thinking in those terms. While I can see her point, I still think people can be mentally conditioned over time.

It’s a fascinating book, and certainly gives one pause. I still think people are searching for something – but are looking in the wrong places for it. I did learn about some disturbing behaviors I had not heard of and took into consideration some phrases we toss about that are offensive, if you think about it.

Meanwhile, I'll stick to self motivation- on my elliptical- at home- no instructor needed- and nothing cult-ish about it. 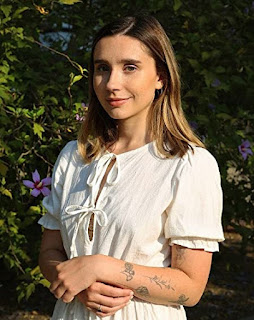 Amanda Montell is a writer and language scholar from Baltimore. She is the author of the critically acclaimed Wordslut: A Feminist Guide to Taking Back the English Language (Harper Wave, 2019), which has earned praise from the New York Times, Time Magazine, Harper's Bazaar, Kirkus Reviews, Publisher's Weekly, and others. Amanda is currently developing Wordslut for television with FX, serving as creator, writer, and executive producer. Amanda's second book Cultish: The Language of Fanaticism, about the language of "cults" from Scientology to SoulCycle, will be published by Harper Wave in June 2021.

As a reporter and essayist, Amanda's writing has been featured in Marie Claire, Glamour, Cosmopolitan, Nylon, The Rumpus, Byrdie, and Who What Wear, where she formerly served as the Features & Beauty Editor. She holds a degree in linguistics from NYU and lives in Los Angeles with her partner, plants, and pets. Find her on Instagram @amanda_montell.