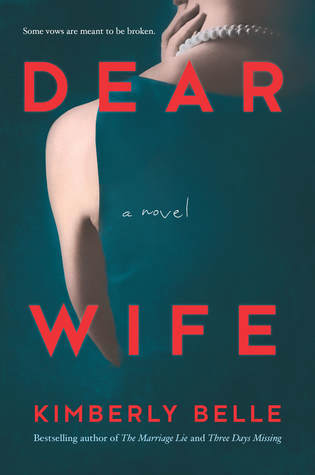 ABOUT THE BOOK:
From the bestselling author of The Marriage Lie and Three Days Missing comes a riveting new novel of suspense about a woman who, in a fight for survival, must decide just how far she'll go to escape the person she once lovedBeth Murphy is on the run...For nearly a year, Beth has been planning for this day. A day some people might call any other Wednesday, but Beth prefers to see it as her new beginning--one with a new look, new name and new city. Beth has given her plan significant thought, because one small slip and her violent husband will find her.

Sabine Hardison is missing...A couple hundred miles away, Jeffrey returns home from a work trip to find his wife, Sabine, is missing. Wherever she is, she's taken almost nothing with her. Her abandoned car is the only evidence the police have, and all signs point to foul play.As the police search for leads, the case becomes more and more convoluted. Sabine's carefully laid plans for her future indicate trouble at home, and a husband who would be better off with her gone. The detective on the case will stop at nothing to find out what happened and bring this missing woman home. Where is Sabine? And who is Beth? The only thing that's certain is that someone is lying and the truth won't stay buried for long.

Dear Wife by Kimberly Belle
My rating: 4 of 5 stars

Dear Wife by Kimberly Belle is a 2019 Park Row publication.

Sabine Hardison is missing. With her husband looking increasingly guilty, the detective assigned to the case presses down hard, despite pressure from his boss to tread carefully.

Meanwhile, a woman named Beth, is on the run from her abusive husband, having changed her looks and her name. Beth is determined to stay one step ahead of her husband… against all odds.

My experience with Belle appears to be inconsistent. When this book came out a couple of years ago, I was cautiously optimistic. While I didn’t get around to reading it as quickly as I had intended, I’m glad I waited. Based on my recent experiences with popular books, putting a little distance between me and the hype might be for the best. This book, as it turns out, might be proof that this strategy works- at least for me.

The story was a big surprise- cleverly plotted- if you just stick with it. It’s also one of those situations where the less said, the better. I am rarely caught off guard- but I was fooled, but good with this book- and that’s one of the main reasons I liked it so much. That said, the momentum did drag a little at times, and fought the urge to skip ahead. But for the most part, the suspense is constant, keeping me guessing and on edge, wondering how it would all work out in the end. In hindsight, I felt a little chagrined, having missed hints hidden in plain sight- but this is the only situation where being duped is forgivable- and even appreciated!

Overall, this book has a well-executed, original approach. It was well thought out- minus a few plausibility flaws, and is a thriller that might actually stick out in my memory longer than most. 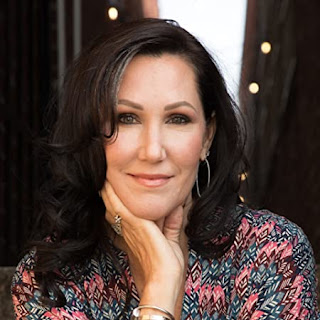 Kimberly Belle is the USA Today and internationally bestselling author of six novels, including her forthcoming domestic suspense, Stranger in the Lake (June 2020). Her third novel, The Marriage Lie, was a semifinalist in the 2017 Goodreads Choice Awards for Best Mystery & Thriller, and a #1 e-book bestseller in the UK and Italy. She’s sold rights to her books in a dozen languages as well as film and television options. A graduate of Agnes Scott College, Belle divides her time between Atlanta and Amsterdam.