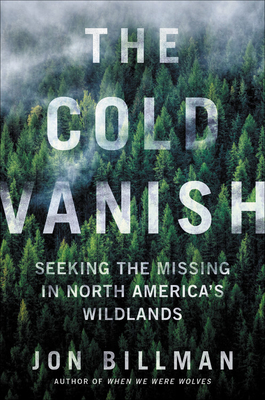 ABOU T THE BOOK:
These are the stories that defy conventional logic. The proverbial vanished without a trace incidences, which happen a lot more (and a lot closer to your backyard) than almost anyone thinks. These are the missing whose situations are the hardest on loved ones left behind. The cases that are an embarrassment for park superintendents, rangers and law enforcement charged with Search & Rescue. The ones that baffle the volunteers who comb the mountains, woods and badlands. The stories that should give you pause every time you venture outdoors.
Through Jacob Gray's disappearance in Olympic National Park, and his father Randy Gray who left his life to search for him, we will learn about what happens when someone goes missing. Braided around the core will be the stories of the characters who fill the vacuum created by a vanished human being. We'll meet eccentric bloodhound-handler Duff and R.C., his flagship purebred, who began trailing with the family dog after his brother vanished in the San Gabriel Mountains. And there's Michael Neiger North America's foremost backcountry Search & Rescue expert and self-described "bushman" obsessed with missing persons. And top researcher of persons missing on public wildlands Ex-San Jose, California detective David Paulides who is also one of the world's foremost Bigfoot researchers.
It's a tricky thing to write about missing persons because the story is the absence of someone. A void. The person at the heart of the story is thinner than a smoke ring, invisible as someone else's memory. The bones you dig up are most often metaphorical. While much of the book will embrace memory and faulty memory -- history -- The Cold Vanish is at its core a story of now and tomorrow. Someone will vanish in the wild tomorrow. These are the people who will go looking.
LISTEN TO AN EXCERPT:

The Cold Vanish: Seeking the Missing in North America's Wildlands by Jon Billman
My rating: 4 of 5 stars

The Cold Vanish: Seeking the Missing in North America’s Wildlands by Jon Billman is a 2020 Grand Central Publication.

It boggles the mind how many people are reported missing on any given day. The stories behind each one is tragic and frustrating.

In this book, the author narrows the group of missing persons down to those who have vanished in wilderness areas- specifically national forest and parks.

These cases are most perplexing. Sure, one could logically presume that someone who disappeared in such an environment got lost, suffered from hypothermia, drowned, or met up with a mountain lion or bear.

But, when search parties, helicopters, and endless attempts to locate the missing fail to find the person- one way or the other- the mystery is not so cut and dried.

While watching an old episode of ‘Disappeared’ on Discovery plus recently, an anguished mother described her life as living somewhere between hell and hope. I think that may be the most apt description of being caged in the relentless trap of 'not knowing'.

The primary focus of this book is the story of Jacob Gray, who disappeared in Olympic National Park and the sheer determination of his father to find out what happened to his son.

Interspersed throughout are shorter stories of other missing persons who vanished in a wilderness location- highlighting once again the sheer volume of people who vanish, seemingly into thin air, and for those who do eventually get answers, it’s seldom a happy ending.

The subject of missing persons is one that bothers me immensely. I can’t imagine someone in my life vanishing, being left in some tortuous limbo, not knowing what happened to them- knowing in some part your brain the truth of the situation, yet unable to give up hope- getting up every single day unable to fully move on with one’s life until the truth is finally known-either way.

This book, without needing to put too fine a point on it, shows just how agonizing that limbo is. People in these situations will grab onto anything- and do mean- ANYTHING- that will give them some peace. People who, before their friend or loved one vanished, weren't given to fancy or conspiracies, will grasp at the ridiculous rather than face the truth.

In reality, several of these cases can be linked back to criminal activities- maybe even a serial killer, or drug deals gone bad, while in other cases, suicide was a possibility, and of course, falling prey to the elements, wild animals, starving or drowning are the most likely and plausible explanations.

I was familiar with one of these cases, having seen it featured on a true crime show several times. While the author seems to have made up his mind about that case- I’m still on the fence about it.

But overall, this is a harrowing, heart wrenching journey for all involved. The terrain is magnificent, brutal, and unforgiving- but beautiful- despite the circumstances.

This compelling read does showcase some criminal elements, but, doesn’t fall into the true crime category, exclusively.

It is more of a portrait of a family’s unrelenting search for a missing loved one once traditional search and rescue missions have ceased. It’s also a story of survival in the elements, man against nature, in a way.

It was also nice to see people willing to give of their time and lend their expertise- or specialized- talents to help find missing persons- especially when the family has opted to continue searching on their own.

This book touches on all the aspects of such an untenable situation- juxtaposing it against the awe and beauty of nature.

It’s a haunting, unsettling book, but at least some families were able to find those elusive answers and are now able to move forward, and hopefully find peace. 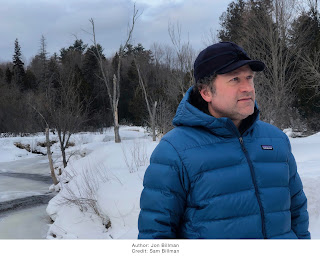 Jon Billman is a former wildland firefighter and high school teacher. He holds an MFA in Fiction from Eastern Washington University. He's the author of the story collection When We Were Wolves (Random House, 1999). Billman is a regular contributor to Outside and his fiction and nonfiction have appeared in Esquire, The Paris Review, and Zoetrope: All-Story. He teaches fiction and journalism at Northern Michigan University in the Upper Peninsula, where he lives with his family in a log cabin along the Chocolay River.