The Family Plot by Megan Collins- Feature and Review 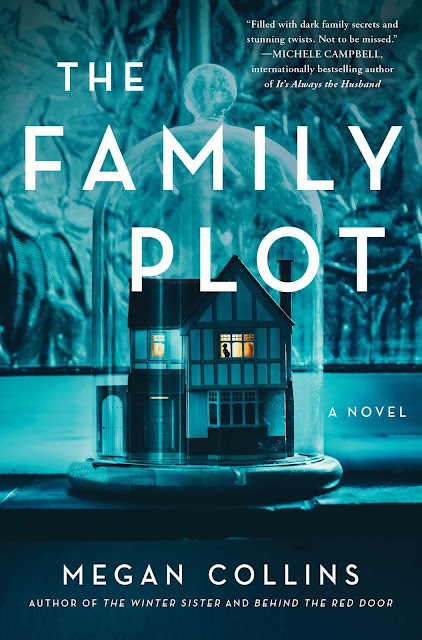 ABOUT THE BOOK:
At twenty-six, Dahlia Lighthouse has a lot to learn when it comes to the real world. Raised in a secluded island mansion deep in the woods and kept isolated by her true crime-obsessed parents, she has spent the last several years living on her own, but unable to move beyond her past—especially the disappearance of her twin brother Andy when they were sixteen.With her father’s death, Dahlia returns to the house she has avoided for years. But as the rest of the Lighthouse family arrives for the memorial, a gruesome discovery is made: buried in the reserved plot is another body—Andy’s, his skull split open with an ax.Each member of the family handles the revelation in unusual ways. Her brother Charlie pours his energy into creating a family memorial museum, highlighting their research into the lives of famous murder victims; her sister Tate forges ahead with her popular dioramas portraying crime scenes; and their mother affects a cheerfully domestic façade, becoming unrecognizable as the woman who performed murder reenactments for her children. As Dahlia grapples with her own grief and horror, she realizes that her eccentric family, and the mansion itself, may hold the answers to what happened to her twin.
MY REVIEW:

The Family Plot by Megan Collins
My rating: 4 of 5 stars

The Family Plot by Megan Collins is a 2021 Atria Books publication.

The only way out is to never come back….

To say Dahlia Lighthouse had an unconventional childhood is a massive understatement. She and her siblings, including her twin, Andy, were homeschooled by parents obsessed with true crime. Along with geography they were taught about famous serial killers and their victims.

On Dahlia and Andy’s sixteenth birthday, Andy disappeared, leaving behind a cryptic note which implied he had left home… possibly for good. For years Dahlia has stuck close to home while her remaining siblings spread out, just in case Andy ever returned home.

When her father died, Dahlia and her siblings once more gather with their mother in the house they grew up in- only to make a horrifying discovery- one that answers some of their questions about Andy- but raises a plethora of other questions, about the Lighthouse family, their neighbors, local law enforcement, and the infamous serial killer dubbed ‘The Blackburn Killer’….

It is rare that a book leaves me speechless. I’m still trying to wrap my head around it. This is an odd- but imaginative thriller- certainly not what one normally encounters when reading mystery/thrillers. Despite that, I thought the story, insane as it was, was curiously addictive. I did pause to wonder if the set up was somewhat tongue in cheek due to the popularity of true crime right now- some of which is fairly extreme- as with True Crime conventions, etc. Still, the Lighthouse family takes it to an all new level of obsession.

I thought the atmosphere was very creepy, and edgy and had a tiny bit of a Gothic tone to it, as well. I’m not sure this one will work for everyone, as it is a little bit out there- but I thought was a unique and when one reads as much crime fiction as I do, that’s always a big selling point for me.

Overall, this turned out to be a surprising page turner for me. It was an easy, quick read for me- in part because it was dark, lurid, and creepy, and hypnotically engrossing. I just couldn’t bring myself to look away…
AVAILABLE AUGUST 17th
PRE-ORDER YOUR COPY HERE:
https://www.amazon.com/Family-Plot-Novel-Megan-Collins-ebook/dp/B08LDVMHLZ/
https://www.amazon.com/The-Family-Plot-A-Novel/dp/B08SWN2TPZ/
https://www.barnesandnoble.com/w/the-family-plot-megan-collins/1137970033
ABOUT THE AUTHOR: 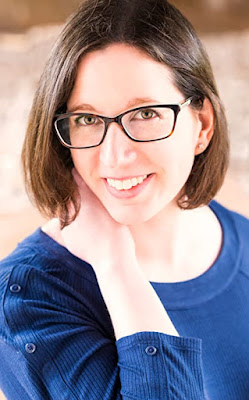 Megan Collins holds an MFA from Boston University. She has taught creative writing at the Greater Hartford Academy of the Arts and Central Connecticut State University. She is also the managing editor of 3Elements Review. A Pushcart Prize and Best of the Net nominee, her work has appeared in many journals, including Compose, Spillway, Rattle, and Tinderbox Poetry Journal. Find her online at www.megancollins.com, on Twitter @ImMeganCollins, and on Facebook @megancollinswriter.