The Bone Code by Kathy Reichs - Feature and Review 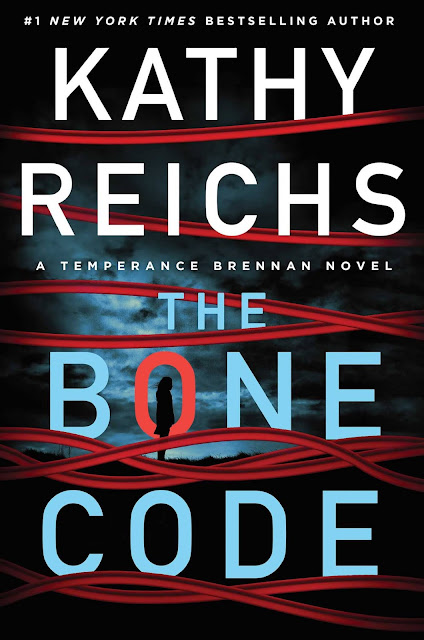 ABOUT THE BOOK:
#1 New York Times bestselling author Kathy Reichs returns with her twentieth gripping novel featuring forensic anthropologist Temperance Brennan, whose examinations, fifteen years apart, of unidentified bodies washed up from the sea may be connected to a deadly new pestilence.A storm has hit South Carolina, dredging up crimes of the past.On the way to Isle of Palms, a barrier island off the South Carolina coast, forensic anthropologist Temperance Brennan receives a call from the Charleston coroner. During the storm, a medical waste container has washed up on the beach. Inside are two decomposed bodies wrapped in plastic sheeting and bound with electrical wire. Chillingly, Tempe recognizes many details as identical to those of an unsolved case she handled in Quebec fifteen years earlier. With a growing sense of foreboding, she flies to Montreal to gather evidence and convince her boss Pierre LaManch to reopen the cold case. She also seeks the advice—and comfort—of her longtime beau Andrew Ryan.Meanwhile, a storm of a different type gathers force in South Carolina. The citizens of Charleston are struck by a bacterium that, at its worst, can eat human flesh. Thousands panic and test themselves for a rare genetic mutation that may have rendered them vulnerable.Shockingly, Tempe eventually discovers that not only are the victims in both grisly murder cases related, but that the murders and the disease outbreak also have a common cause…
LISTEN TO AN EXCERPT:
MY REVIEW:

The Bone Code by Kathy Reichs
My rating: 4 of 5 stars

The Bone Code by Kathy Reichs is a 2021 Scribner publication.

After a South Carolina hurricane washed up a medical waste container bearing two bodies- Tempe is immediately reminded of a similar case she worked in Quebec.

She and Ryan team up again to discover who the two women were in the container, and the possible connection between the old cases and this new discovery.

This 20th installment in the series is set a little way into the future, where Covid-19 has been contained- although it is still very much in everyone's consciousness. (Don't worry, this story is not about Covid- it is only mentioned in passing a couple of times.)

As a new virus begins to circulate in the Charleston area, though, it looks as though history may be about to repeat itself.

DNA has become an obsession with us- as we rely on it more and more to tell us about health predispositions, use it to solve decade's old crimes, finding long-lost relatives, and so on.

Therefore, it only seems fitting that a series that deals so heavily in forensics would eventually explore the darker side of these advancements, examining the possible dangers of so much knowledge.


At the same time, I found myself cringing a little, because while the story is certainly timely, I have to say, the timing might not have been the best considering our current climate- where tinfoil hats have replaced good old-fashioned common sense.

Despite those concerns, I was happy to play along with Tempe and her hunky fiancé Ryan. I love their banter, and the well -timed humor- and I enjoyed the ironical nature of the story.

The mystery is interesting, and well-paced, perhaps a bit too detailed with the science sometimes- and poor old Birdie the cat really got a workout in this story.

At the end of the day, though, despite the unusual circumstances, and the timely topics, it always seems to boil down to the usual catalyst when it comes to the evil that dwells in the hearts of humanity.


Overall, this installment is thought-provoking, but was a little too 'mad scientist' for me sometimes. It’s a solid mystery, though, and I hope to see another installment in the series soon. 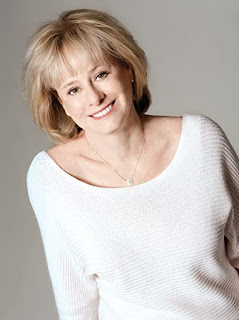 Dr. Reichs is a native of Chicago, where she received her Ph.D. at Northwestern. She now divides her time between Charlotte, NC and Montreal, Québec.