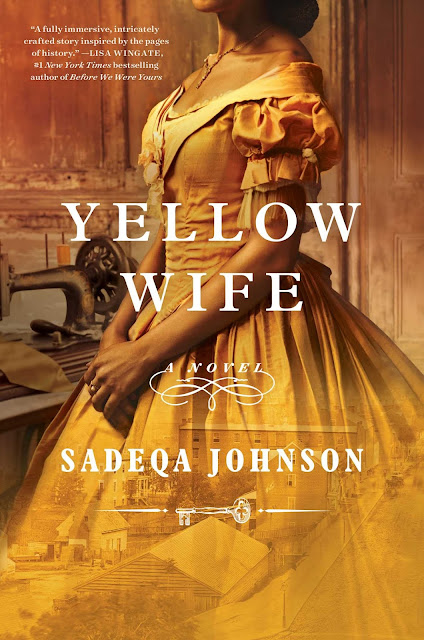 ABOUT THE BOOK:
In the tradition of Wench and Twelve Years a Slave, this harrowing story follows an enslaved woman forced to barter love and freedom while living in the most infamous slave jail in Virginia.Born on a plantation in Charles City, Virginia, Pheby Brown was promised her freedom on her eighteenth birthday. But when her birthday finally comes around, instead of the idyllic life she was hoping for with her true love, she finds herself thrust into the bowels of slavery at the infamous Devil’s Half-Acre, a jail where slaves are broken, tortured, and sold every day. Forced to become the mistress of the brutal man who owns the jail, Pheby faces the ultimate sacrifice to protect her heart in this powerful, thrilling story of one slave’s fight for freedom.

Yellow Wife by Sadeqa Johnson
My rating: 5 of 5 stars

Yellow Wife by Sedequa Johnson is a 2021 37 ink publication.

Pheby, on the cusp of her eighteenth birthday, a time when her white father, Jacob, had promised to free her, her fortune reversed, and she found herself being groomed to become the mistress of a slave trader, a cruel man, named Rubin Lapier.

Rubin presented Pheby as his ‘wife’, their children legitimized by his acknowledgement of them. Yet, Pheby is not free, she is at the mercy of Rubin, and she dared not cross him, for fear of losing her children.

But, when the love of her life, and the father of her first- born son, arrives at Rubin’s ‘jail’, Pheby takes a risk that could cost her everything, bringing into sharp focus the steps she must take to ensure all her children have a chance at a life she herself was robbed of….

I don’t know quite what to say…

This novel is so rich, the characters so real, I felt I right there with Pheby every step of the way. Equal parts heartbreaking, and triumphant, and inspiring, this story takes us through Pheby’s life from her late teens, though the raising of her children to adulthood, and beyond.

Pheby’s life started out sheltered, having been close to her Aunt, who taught her to read and play the piano. Her father’s wife was resentful and took the first opportunity she had to exact revenge, throwing all of Pheby’s future plans into a tailspin.

While her life was never really her own, she made the best of her situation- not just for her own sake, but for her children, and as it turns out, for others as well.

Pheby soothes her aching soul for the girls she is forced to prep, to enter the ‘Fancy Girl’ trade, by keeping a journal about the girls, honoring them, by remembering them, their names, their humanity.

This is a topic that rarely gets much ink in our history books. Pheby’s preparations for these girls tells a story all its own- a shockingly horrendous trade. Pheby’s narration doesn’t explore the details, but the reader gets the idea, and it definitely made me squirm in my seat.

The realities of slavery through Pheby’s eyes are harrowing, disgusting, and emotional. These passages are not for the faint of heart and I admit I spent a night or two, tossing and turning, thinking of the horrors described in this book.

While Pheby escaped the ‘Fancy Girl’ fate that was intended for her, she lived her life without the one man she truly loved, but her selflessness, and sacrifices, saved many, making her a true unsung heroine.

Dear Pheby, beyond all her challenges, with her own personal heartbreak, her battle with her own principles, she managed to carve out a life for herself.

It was an imperfect environment, though, and one that Pheby had to risk, to save her son. There were heart wrenching punishments she had to accept, concessions that had to be made, but at the heart of it all, Pheby is a mother, a fact at the center of her precarious choices, one that gave her both courage and strength to help others, in hopes of both protecting some- and saving others she loved.

Overall, the author did a great job- with research, with characterization, and with bringing our attention to yet another part of slavery seldom explored or written about. Pheby is a character I will think of often and this is a story that will stay with me for a long time to come… 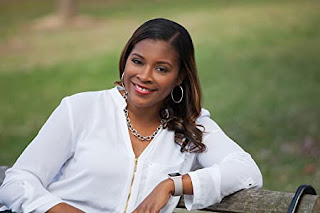 Sadeqa Johnson is the award-winning author of four novels. Her accolades include being the recipient of the National Book Club Award, the Phillis Wheatley Award and the USA Best Book Award for best fiction. She is a Kimbilo Fellow and a Tall Poppy Writer. Originally from Philadelphia, she currently lives near Richmond, Virginia, with her husband and three children. To learn more, visit www.sadeqajohnson.net.