Watch the Girls by Jennifer Wolfe- Feature and Review 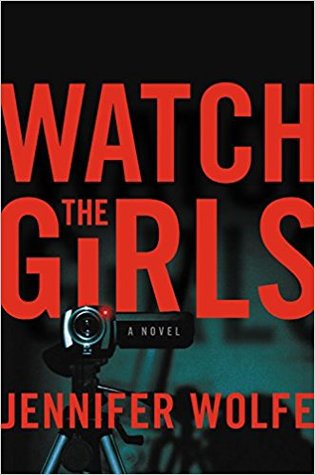 ABOUT THE BOOK:
I've been watched all my life. I'm used to being stared at. Observed. Followed.Fame and obsession collide in this darkly twisted novel from an incredible new voice in suspense.SOMEONE IS WATCHINGWashed up teen star Liv Hendricks quit acting after her beloved younger sister inexplicably disappeared following a Hollywood party gone wrong. Liv barely escaped with her life, and her sister was never heard from again. But all this time, someone's been waiting patiently to finish what was started...FOUR MISSING GIRLSNow fifteen years later, broke and desperate, Liv is forced to return to the spotlight. She crowdfunds a webseries in which she'll pose as a real-life private detective--a nod to the show she starred on as a teen. When a mysterious donor challenges her to investigate a series of disappearances outside a town made famous by the horror movies filmed there, Liv has no choice but to accept.FOLLOW THE WHITE WOLFLiv is given a cryptic first clue: Follow the white wolf. And now a darker game is about to begin. Through social media, someone is leaving breadcrumbs to follow. As Liv makes increasingly disturbing discoveries, her show explodes in popularity. A rapt internet audience is eager to watch it all--perhaps even at the cost of Liv's own life...Filled with provocative twists and turns as the line between plot and reality blurs in this inventive tour-de-force from breakout writer Jennifer Wolfe.
LISTEN TO AN EXCERPT:
MY REVIEW:

Watch the Girls by Jennifer Wolfe
My rating: 4 of 5 stars

Watch the Girls by Jennifer Wolfe is a 2018 Grand Central Publication.

Liv Hendrick’s Hollywood career crashes and burns after her youngest sister goes missing. Now she stars in a reality tv show with a ‘Scooby Doo’ style format as a she and her team attempt to solve old mysteries.

Then Liv puts a nail in the coffin of her career by giving a drunken interview that goes viral. She’s let go from the show- but… she has an idea- a web-series where she challenges people to try her detecting skills.

When one potential sponsor dares her to try and solve a small town’s string of disappearances tied to a horror movie that was once filmed there, Liv is in no position to turn down that kind of cash.

Thus begins an intense, atmospheric investigation, that plays out in real time via the internet. The story unfolds almost like the plot of a horror movie, with some key revelations popping up along the way, and some very lurid scenes that made me want to keep my eyes covered.

The story paints a dark picture of social media engagement, the bullying, trolls, and the fickleness of fans and followers, as well as unhealthy celebrity obsessions.

This is a fantastic modern, sardonic horror story/ mystery with a conclusion that hammers home the various points the author has embedded within the story from the beginning. The execution is spectacular, even though I did have a few suspicions along the way- I was never able to fully figure out how it would all end.

Overall, this is a clever, twisty tale with layers of dark humor and irony, proving the main terror is embedded in society as we know it today.

*More than average, and quite explicit sexual content, with some intense graphic violence- ala- old school seventies horror films- so proceed with caution. 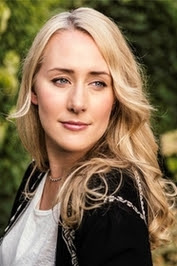 YA author Jennifer Wolfe (as Jennifer Bosworth) makes her adult debut with a devastating novel.Jennifer Bosworth lives in Los Angeles, California. She is the author of the young adult novel Struck and is the writer half of a writer/director team with her husband, Ryan Bosworth.